On August 24, 2022, FXX debuted the first episode of Archer Season 13 of the animated TV series Archer. The Agency has been bought out by the international intelligence corporation IIA (International Intelligence Agency). Archer and the rest of the gang are having a hard time finding their footing as they carry out more bizarre tasks for Fabian, the IIA’s boss. You will read here about Archer Season 13 episode 8 reviews details:

American actor, comedian, writer, producer, and musician Harry Jon Benjamin was born on May 23, 1966. Some of Benjamin’s most well-known roles are as the voice of adult cartoon characters, such as Sterling Archer in Archer, Bob Belcher in Bob’s Burgers, Carl in Family Guy, Ben in Dr. Katz and more.

An American actress, born Judith Therese Evans and better known by her stage name, Judy Greer. She has a strong reputation for her work as a character actress in a wide range of films.

Actress and improv comedian Amber Nash was born in the United States. She gained notoriety as the person who voiced Pam Poovey in the cartoon series Archer. She also had an appearance in the cartoon Frisky Dingo.

You can also read about these interesting tv shows:

When I sat down to write this review, I had lofty ambitions of trying to say something profound; some big summary of the general appeal of the series. This is the eighth season finale of Archer that I have covered in my time writing about this program.

I think it’s important to ask this question: Why, out of all the adult-targeted cartoon shows that have been fed through the TV woodchipper over the past 13 years, is Archer the only one to have survived? How did the third attempt by the creators of such cult hits as Sealab 2021 and Frisky Dingo become an established name in the world of mainstream comedy?

Archer has survived a slew of blows, including network shifts, business mergers, and the death of a key actor. Taken individually, any of these events would have been fatal. For what reason, therefore, does Sterling Archer keep showing up?

Archer Season 13’s finale, “Dough, Ray, and Me,” may or may not provide answers, although they aren’t obvious at first. Don’t get me wrong; “Dough” is a perfectly serviceable Archer episode. It follows the tried-and-true “the whole gang goes into the field and conducts a mission” formula that we’ve seen dozens of times before.

Season six regular Christian Slater returns as the morally questionable CIA agent Slater, providing a much-needed burst of guest star fire. Also borrowed from season six: Archer rarely gets political, but when it does, it’s generally aimed at the, um, “Confectionary Institute of the Americas.”

Also an example of Slater’s sloppy espionage work, the last section is about a runner who gets way too much screen time tonight (and even manages to sneak into the episode’s title). Slater’s South American front operation/legitimate side hustle is a local patisserie in martial law-afflicted Manatina, which, as you may recall, the crew’s former boss, Fabian Kingsworth, left lately after framing our heroes for disrupting the nation’s government.

Let’s dwell on that stale bakery for a while longer before we get to the plot: Having established that bakery jokes/references are the order of the day, the episode seems to presume that volume will make up for any shortfalls in the actual joke writing, which is not the case. This is a habit that later-era Archer occasionally exhibits.

However, “Dough” succeeds in its action sequences, which are one of the show’s actual assets developed over the years. Its fights are staged with care so that the animation serves as a vehicle for the comedy rather than distracting from it. The crew of the Agency, having botched their first attempt to capture or kill Fabian and in contravention of Slater’s orders, decides to break into the presidential residence in order to acquire their former boss. A fistfight ensues.

It’s hard not to be impressed by how far the show has come from the early seasons, when fights were mostly just excuses for the more quipping set to gunshot sound effects, when you see Archer deep-six a dude down a bathroom drain or Pam blow an off-brand Pixy Stix into another guy’s eyes, before brulée-ing him half to death.

More importantly, though, “Dough” answers a question that has been looming over this entire season: who will be in command now that Malory Archer has finally sailed off into the sunset? Archer has one of those emotional epiphanies he keeps stumbling back from when he finally realizes the (very) obvious choice is for Lana to take over the Agency formally after a season of drinking, not caring, taking responsibility, failing, and drinking.

Lana’s own, less noticeable arc of trying to view her career as merely a job rather than an all-consuming love gets a small piece of lip attention, although primarily to be rejected. It’s the only reasonable option, and anyway, I’m not built of stone, so please indulge my periodic requests for The Pam Show (with Sterling Archer). Cheryl’s/declaration Carol’s that Lana is her boss for a change was a nice touch. 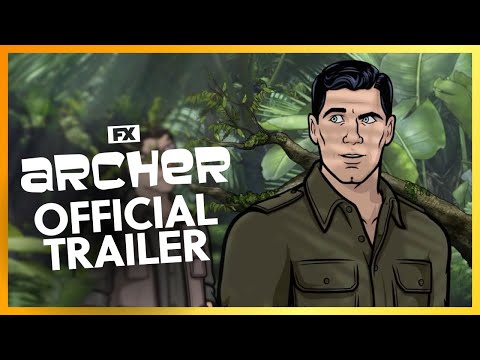