Baz Luhrmann, the director of Moulin Rouge!, is in charge on the opposite side of the camera. And judging by the clip, which you can see above, this biopic has a good chance of replicating the popularity of genre staples Rocketman and Bohemian Rhapsody.

“You and I are identical…” Parker may be heard reassuring the quiffed Memphis. “We are two orphans clinging to life.” 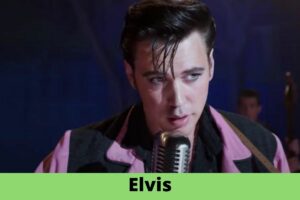 According to the description, this film depicts “the complicated connection between Presley and Parker over two decades, from Presley’s climb to unparalleled celebrity, set against the background of America’s developing cultural landscape and loss of innocence.”

And while we’re on the subject of Elvis impersonators in films, did you know that Presley came close to appearing in Rocketman? Indeed, portions starring none other than Catastrophe’s Rob Delaney were caught, but they were eventually removed from the final edit.

“I did shoot a few of parts in the film as a person called Elvis Presley, who you may be familiar with, and they even bleached my hair black for it,” he confessed on BBC Radio 6 Music in 2019.

“In the make-up trailer, they said, ‘Would you want temporary or permanent dye?’ My hair is black in another film due to my role as Elvis in Rocketman, which was chopped, which is rather amusing, but that’s the way the ball bounces sometimes.

“I know that when Sharon Horgan and I were filming Catastrophe, we regularly had to eliminate stuff we loved for time constraints, so I have no ill will toward the Rocketman creators.”