Haoyu Cai, co-founder and CEO of the Chinese studio, gave the message, stating that HoYoverse would be a cross-media “virtual world” that “integrates games, anime, and other different forms of entertainment, providing gamers with a high degree of flexibility and immersion.”

MiHoYo’s most successful title to date is Genshin Impact. However, the company also controls Honkai Impact 3rd and Tears of Themis, in addition to ‘virtual YouTuber’ Lumi and the Nova Desktop App. 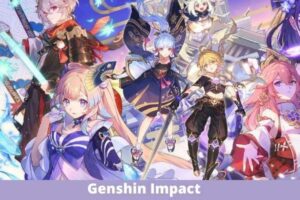 Our goal in building HoYoverse is to create a massive and content-driven virtual environment that seamlessly merges games, anime, and other different forms of entertainment, while also providing users with a high degree of freedom and immersion.

We will continue to prioritize long-term operational strategies, consistent technical research, and innovation across various fields, including artificial intelligence, cloud computing, and pipeline construction, to ensure that good content is created to meet the global expectations of virtual world players.

Must check: Dune: Spice Wars Is a Captivating Blend of 4x Ambition and Real-time Strategy That Gets Back to Roots.

Genshin Impact has been a smash hit on mobile, PC, and PlayStation 4, and although a Switch version was planned for 2020, no release date has been confirmed. Indeed, there has been no mention of the Nintendo version for quite some time.

Last year, a report arose that the game had been delayed because Switch’s hardware was inferior to other platforms.