Genshin Impact’s 2.5 version is scheduled to be published tomorrow, and just in time for that, we’ve got some fascinating news regarding the upcoming 2.6 updates.

According to a leak provided by UBatcha, one of the most trustworthy leakers in the Genshin Impact community, the future update may include many fascinating features. 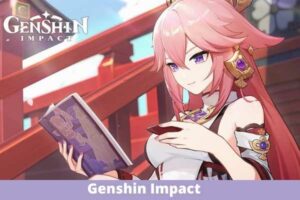 Following that, the Inazuma festival is set to make its debut in the 2.6 Update. It is held in the Inazuma area for those unfamiliar with the summer Festival. It will be fascinating to see what new features are included in the new Summer festival.

Additionally, Dainsleif will make a comeback in the 2.6 Update. It’s been a long time since we last saw Dainsleif, and gamers were awaiting his reappearance with bated breath. With the reintroduction of Dainsleif in the 2.6 Update, the anticipation around it would be amplified several notches.

Finally, it indicates that we shall get a Mondstadt character named Venti. The leaker expresses amazement at the update’s randomization, given that it includes a large amount of content from various locations, which is highly unusual for the game.

This update seems to be highly significant for the game, whether random or not. We should get the update in around six weeks, so fans will still have to wait. Until then, you may download the most recent version and see what’s new!