Both characters regained consciousness when we rejoined them on the train, but it was instantly evident that Dr. Turner had incurred a brain injury. Sister Julienne suffered from fractured ribs and a suspected heart attack. 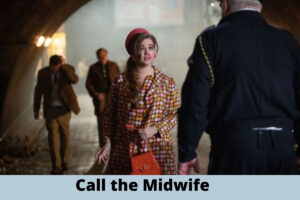 The audience was given a glimmer of hope when Nurse Crane arrived early from her trip after being summoned by Miss Higgins to assist following the crash.

Numerous users flocked to social media to express their joy:

Later in the episode, it was revealed that the train’s driver – whose wife was pregnant at the time of the incident – had a brain tumor, which caused him to have a seizure and lose control of the train.

Fears of a prominent character’s demise were temporarily allayed when Sister Julienne said she would be returning home after suffering broken ribs that, when combined with shock, matched the signs of a heart attack.

Perhaps surprisingly, despite several cast members’ warnings of impending doom, the episode (and season 11) finished with everyone seemingly safe and sound, with the gang posing for a group photo inside Nonnatus House.

The anxious but ultimately joyous, the episode drew rave reviews from fans:

Superb, tugs at every emotion, well done to everyone involved. Best drama in TV. 👍

Thus, despite a week of suspense and an hour spent anticipating the episode’s twists and turns, it appears that all of our favorite characters have survived the raven of doom, at least until next season!

At the episode’s conclusion, it was revealed that Call the Midwife will return in 2023 for a Christmas special and series 12.