Fortnite Season 2: Fortnite developed by Epic Games has begun and with it comes a plethora of new features and tweaks. Fortnite’s latest update titled Season 2: Resistance introduces a new look weapons and gameplay tweaks in addition to a new battle pass stuffed with cosmetic items. The new season of Fortnite features a lot of changes to the gameplay that even seasoned players should be aware of.

In case you missed it, here’s the lowdown on Season 2’s third chapter of Fortnite.

The main difference between this and the last instalment is the new Resistance theme, which details the Seven’s resistance to the IO. This carries on the story from previous seasons while introducing new gameplay features and providing a substantial amount of content.

Aligning with the fight against Zero Point the new theme emphasises heavy artillery vehicular assault and all-out devastation. This means improvised defences such as a strongly fortified Battle Bus are likely. Also returning this season is the ability to buy and place defence turrets all across the map with the help of bar money. But what further alterations to the gameplay might you anticipate? 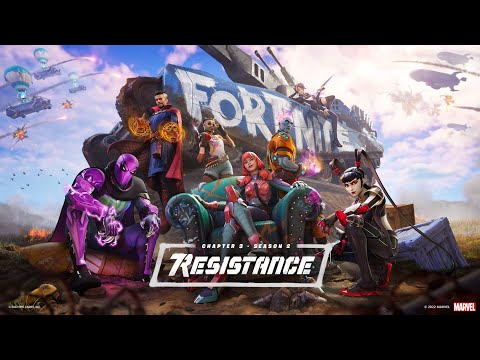 Fortnite Season 2: There is no longer a Building Mechanism

The absence of buildings is the most notable change to the gameplay this time around, forcing you to engage your opponents head-on in order to win. This is a huge change, as construction has always been an integral part of Fortnite’s gameplay. It would appear that the “fort” in “Fortnite” is now a historical artefact.

The building can often shift the course of a specific battle, especially toward the late game, so while this may be off-putting to some a large chunk of the player population is likely to welcome this adjustment.

Epic Games could be conducting a test to see how gamers will react to the inability to construct anything. We may not have seen the last of the building mechanic just yet, but its return date is uncertain. You can also read about Fornite Chapter 3 details here.

Fortnite Season 2: Modifications to the Gameplay 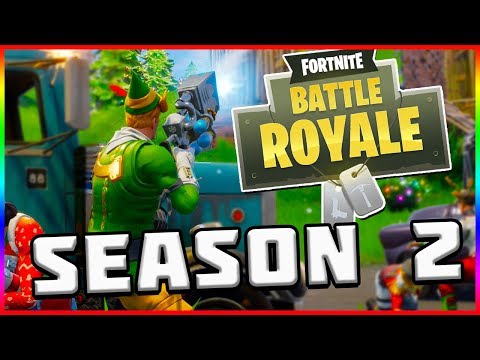 Nonetheless, that’s not the only tweak to the gameplay in season 2. This time around, gamers may move around at a blistering clip thanks to a focus on parkour. Notice how much easier it is for your character to move about now.

The new sprinting metre may be found above the health bar. The new tactical sprint ability can be employed repeatedly to get around more quickly but it is not infinite. To make up for the fact that you can’t construct a ladder to a higher level you can now mantle up to surfaces.

However, this mechanism is a bit picky and won’t operate on all surfaces (such as rocks or other naturally occurring formations), but it can be used on manmade structures.

A new overshield has been added that constantly regenerates itself while you play. This is in place to counteract the lack of structures, so you can withstand hits from falls without fear of serious injury. Watch the new overshield metre that appears next to your health bar. Remember that this is in addition to the normal shield that you have to repair as you play (by drinking potions or using Slurp barrels).

You’ll need to come up with a new strategy for traversing the area now that the Spider-Man web shooters have been removed from the game in preparation for the new season.

A new season of Fortnite wouldn’t be complete without a new arsenal and happily, Epic Games has us covered. New firearms and equipment will be introduced, such as the Power-Packed SMG, the Red-Dot Striker Burst Rifle (which has previously appeared in several forms), a revolver and a drum shotgun.

Players can now aggressively set traps with the new remote-detonated explosive, or use it defensively to neutralise weaker adversaries. If you want to find the tools that work best for your play style you need to keep an eye out for new equipment and try them out.

Fortnite Season 2: Alterations to the map and new points of interest

Season 2 of Fortnite’s map is here and it looks quite similar to season 1. New bases and other noteworthy additions have been made although only modest changes have been made to the island’s attractions. Lots of places are highlighted in red or blue to denote the Seven’s and the IO’s respective regions.

Fortnite Season 2: The Highlight of the War Zone is Doctor Strange

There appears to be a new licenced character to unlock every season and this time around we get to play Doctor Strange from Marvel. You can get this character as part of the new battle pass if you collect most of the season’s incentives.

Recently, Epic Games has abandoned the sequential combat pass in favour of a more flexible pick-and-choose method. However, you will still require a high Battle Pass level in order to play as Doctor Strange. As the season proceeds, we might see more licenced characters pop up albeit we don’t know who just yet. Every season fans can expect a new surprise from Epic Games.

Fortnite Season 2: Epic Games has made a Contribution to helping the Ukrainian people

The current season of Fortnite has a military theme, which is quite distracting. But Epic Games is doing good with its prominence by sending money from in-game purchases to aid organisations in Ukraine.

Do you like playing games? Is Fortnite one of your favourite games? Here you read about The Fortnite Season 2 Overview. I hope you liked our article. If you want to read about any other game you can tell us in the comment section.

Keep following venturejolt.com for more updates. Don’t forget to bookmark our site for the latest updates relating to games.