Shadows Season 5: Every time the season finale of What We Do in the Shadows airs, I get just as grumpy and huffy and eager to spend a week in my coffin as one of our favorite Staten Island vampires.

The horrifyingly surprising Season Four finale left me in the same situation, but there is good news on the horizon: What We Do in the Shadows has been renewed for Seasons Five and Six. In the following, we go deeply into Season 5 lore.

What do We do in the Shadows Season 5: What Will Happen in this Season?

We may make educated guesses about the show’s future by analyzing its past. A traditional sitcom reset and a shockingly sad tone marked the end of Season 4. The quasi-father/son relationship between Laszlo and Baby Colin Robinson ended sadly when Colin reverted back to the middle-aged, beige-suited energy vampire we all know and love.

Although it appears that Colin has returned to his original state, having forgotten his strange upbringing at the hands of Laszlo, I have no doubt that this storyline will not finish here, as it is certain to have emotional repercussions for Laszlo.

Nadja has been on an ambitious quest for the previous two seasons, culminating in her ownership of a popular vampire nightclub and her election to the Worldwide Vampiric Council. Season 5 will find her searching for a new hope after the old one burned to the ground.

The Guide will most likely be on her side; they grew close over witchcraft and Mamma Mia! in Season 4. (also, Kristen Schaal has been promoted to series regular). Producer Paul Simms told Newsweek, “There will be more strange couplings like Nadja and The Guide in the future.”

“Part of the fun is discovering unlikely combinations of personalities. I found the fourth season of The Guide and Nadja’s character to be particularly hilarious. Obviously, it was a great delight for Laszlo to interact with any child, but especially with little Colin. All of the characters have my interest.”

AITA if I (F, 700+) refuse to give my undead workers breaks and demand they do everything as instructed? Also WIBTA if I blackmail the team leader with medicine to improve their quality of life but only for that one worker, to force the others not to form a union? pic.twitter.com/lqFPRnB95u

Speaking of Guillermo, Harvey Guillén has updated ScreenRant on the status of Season 5, revealing that production is well underway. Guilln declared, “We just got picked up for Season 5 and 6.” We just wrapped filming on Season 5 and Season 6 is most certainly on the way.

Perhaps, though. Perhaps the end of the world will occur tomorrow. But everything appears to be proceeding normally thus far. One season at a time is all we can handle right now. I was just thinking about this and realizing that Season 5 has already passed. We are now halfway through filming Season 5 when I was on set last night. 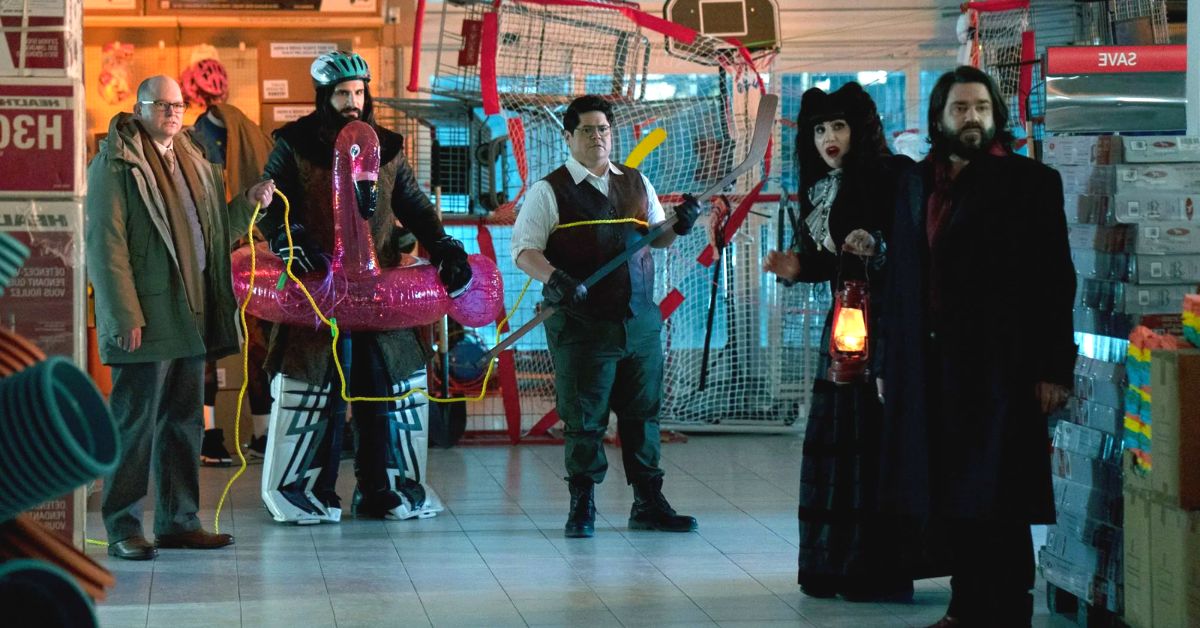 When Will We Do in the Shadows Season 5 Premiere?

There has been no confirmation, but given that each season of the show consists of 10 episodes and often airs in the summer, we’re crossing our fingers that Season Five will premiere in the summer of 2023. The shoot in Toronto has begun, so all that’s left to do is wait. I hope the following year doesn’t drag on as a vampire’s existence does forever.

What to Expect From Shadows Season 5?

Soon, we will be able to watch What We Do in the Shadows season 5. The renewal for Seasons 5 and 6 came just this past summer although production on Season 5 is already well underway. That would put the premiere of Season 5 in late 2023.

What We Do in the Shadows has done an excellent job of setting up future episodes by hinting at what they will be like, even while filming is still in progress. This is especially true after the shocking revelations of season 4, which opened up several potential new plot lines.

Storylines involving Colin Robinson (Matt Proksch) and Laszlo (Matt Berry) both concluded on a cliffhanger. After Robinson’s 100th birthday, he passed away and was reborn as an infant. The audience quickly grew fond of “Baby Colin” and the father-son bond that developed between him and Laszlo (Matt Berry), who adopted the infant and raised him as his own.

My kiddo as Laszlo pic.twitter.com/pUiHmMTRgx

However, in the final episode of season 4 Baby Colin reverted to his birth-family Robinson identity and forgot all about his upbringing by Laszlo. As a result of this setback, Laszlo became visibly distraught. Season 5 will focus on how Laszlo and Robinson create and keep their connection strong in the face of challenges and setbacks.

Keep following venturejolt.com for more updates. Don’t forget to bookmark our site for the latest updates. You can also read about these latest entertainment shows: Most Trending Tweets from RHOP These Days and Avatar 2: When It is Going to Be Released?