Here you will read details about who will be Marvel’s new Wonder Man? The Marvel Cinematic Universe now has its own new Wonder Man. Yahya Abdul-Mateen II has been cast as Simon Williams/Wonder Man in the upcoming Disney+ series.

Abdul-Mateen will be playing his third big comic book character in this role following his portrayal of Black Manta in 2018’s “Aquaman” and Dr. Manhattan in HBO’s 2019 series “Watchmen,” for which he earned an Emmy. His return as Black Manta in “Aquaman and the Lost Kingdom,” which is scheduled for release on Christmas Day, 2023, is already in the works.

Within the scope of his overall partnership with Marvel Studios and Onyx Collective, director Destin Daniel Cretton (who will helm “Shang-Chi and the Legend of the Ten Rings” for the studio in 2021) is creating “Wonder Man” alongside head writer Andrew Guest (“Brooklyn Nine-Nine,” “Community”).

Cretton may also direct, but he already has a lot on his plate. With “Avengers: The Kang Dynasty” scheduled for release in 2025, and a potential (yet undisclosed) “Shang-Chi” sequel in the works, it seems likely that he will direct both. 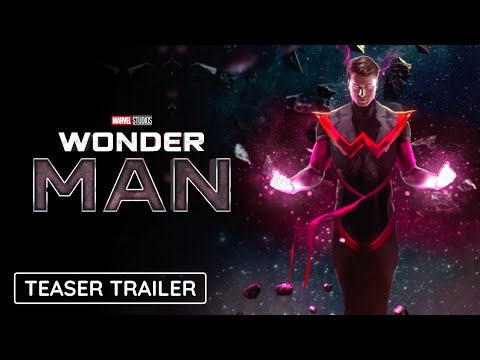 Williams is the son of a wealthy businessman who loses business to Stark Industries and goes bankrupt in the comics. Simon is desperate, so he approaches Baron Zemo, who gives him superpowers and instructs him to infiltrate and ultimately betray the Avengers.

However, Simon becomes a dedicated team member of the Avengers and even helps create their offshoot on the West Coast. It’s unknown, though, how much of this plot will actually be included in the show.

However, Ben Kingsley is scheduled to reprise his role as failed actor-turned-reformed villain Trevor Slattery, which he first played in 2013’s “Iron Man 3” and then again in 2015’s “Shang-Chi.” This suggests that William’s comedic past as an actor and stunt performer will play a role in the program.

A release date for “Wonder Man” from Marvel Studios has not been set.

Yahya Abdul-Mateen will play #WonderMan in the upcoming MCU series

Yahya Abdul-Mateen II is set to make the jump from DC to Marvel Studios as the titular superhero in the upcoming Disney+ series, #WonderMan:https://t.co/VSZzCfI3fC

Dear easily-duped Marvel fanboys: MCU is currently a multiverse, so ANY version of a character is fair game. And Earth 1610 Wonder Man was Black. It’s not a race swap.
You got baited into seeming like bigots AGAIN.https://t.co/dZ5MNj8qF3 pic.twitter.com/mqoek1J2PM

How Powerful Is the Wonder Man?

Who will be Marvel’s New Wonder Man?

To play the title role in the next Marvel series, EW.com reports that Yahya Abdul-Mateen II is in talks to join the cast.

What’s the Status of Wonder Man?

The Avengers thought Wonder Man was dead, so they transported his body back to the United States for identification and burial. In reality, Wonder Man had just gone into a coma due to the ongoing instability of the mutagenic mutations in his body.

Here you read details about who is going to be Marvel’s new Wonder Man?  Keep following venturejolt.com for more updates. Don’t forget to bookmark our site for the latest entertainment show updates.