On Friday, three months after his conviction on charges of contempt of Congress for refusing to comply with a subpoena from the special House committee investigating January 6, 2021, Capitol riot former Trump White House adviser Steve Bannon was sentenced to four months in prison.

In light of “his continuous, bad faith,” the Justice Department requested that Bannon serve a six-month sentence and pay a maximum fine of $200,000.

On the eve of his sentence on Friday, prosecutors stated in court records that Bannon “has pursued a bad-faith strategy of defiance and contempt” ever since he accepted service of a subpoena from the House Select Committee to Investigate the January 6th Attack on the United States Capitol.

The judge brought up the violent attack on the Capitol on Friday, saying that the committee on January 6 had “every cause to investigate that day.”

He emphasized the need of discouraging others from engaging in similar criminal behavior. Bannon was fined $6,500 and expelled from the courts after he publicly criticized the Justice Department in front of a gaggle of reporters.

You can also read about the latest trending news:

Bannon claimed, “They will vote on Nov. 8,” referring to the upcoming midterm elections, while also saying, “The American people are evaluating and measuring what went on with the Justice Department.”

During the hearing, Bannon spoke little beyond the phrase “my lawyers have spoken for me.”

His lawyer David Schoen stated that Bannon did everything he could to operate within the law and he condemned the committee that released its findings on January 6 as being illegitimate.

I’m sorry to be so blunt, but Mr. Bannon has no reason to apologize. Schoen later remarked that Bannon has a “bulletproof” appeal and that no American should apologize for Bannon’s actions in this situation.

Bannon “could not have committed a more malicious contempt of Congress,” according to Assistant U.S. Attorney Joseph Cooney.

The defendant he continued “has sought to make this entire case about politics and payback.” Stephen Bannon should be treated the same as any other citizen, as the saying goes.

Former Trump strategist Steve Bannon was “subpoenaed” by a House committee for documents and testimony, but he “flouted the Committee’s authority and rejected the subpoena’s demands,” according to the prosecution.

The government claims in its brief that the defendant “has leveraged his notoriety throughout the pendency of this matter” by holding press conferences in the courthouse and publishing a podcast called “War Room” about his refusal to comply with the Committee’s subpoena.

The Defendant has “used bombastic and sometimes violent rhetoric” in his public statements, attacking the Committee’s investigation, its members and the criminal justice system as a whole.

At first, Bannon ignored the panel’s summons and even claimed executive privilege in order to avoid answering their questions. On Monday, prosecutors claimed that the Trump operator had “aimed at undermining the Committee’s efforts to investigate a historic attack on the government.” 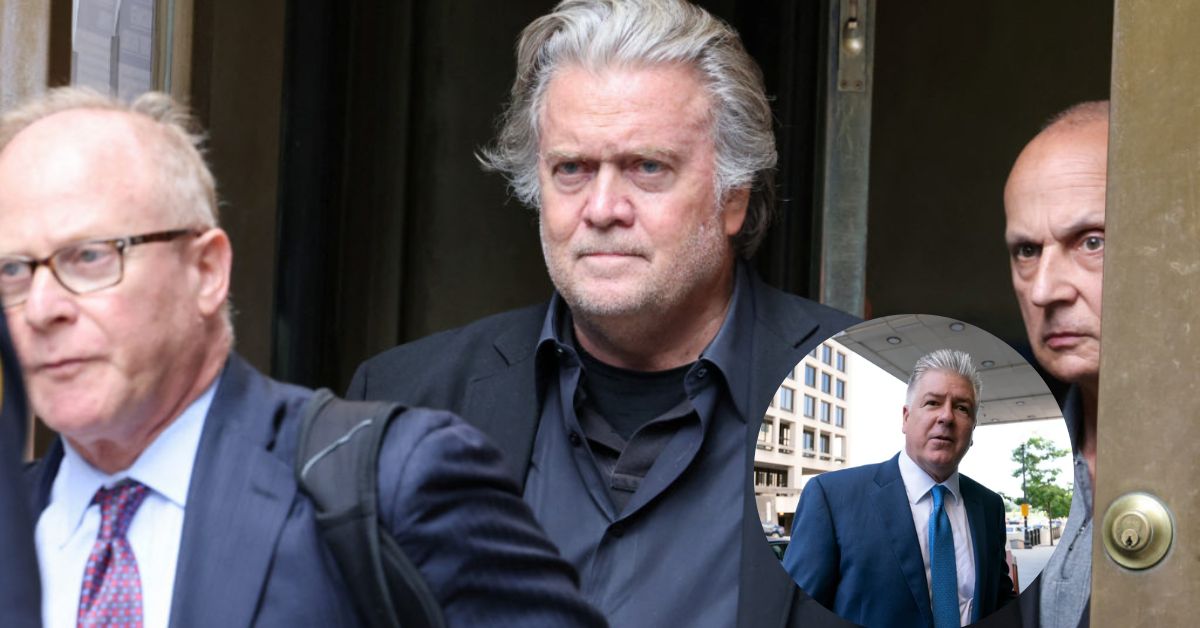 Attorney Evan Corcoran said in court records that Mr. Bannon’s “legal challenges advanced were not meritless or frivolous” and were meant to defend his constitutional rights. This means that Mr. Bannon should be eligible for a sentence reduction based on his acknowledgment of responsibility even if he opted to hold the government to its burden at trial.

Bannon faces legal peril on multiple fronts at once. He was indicted on state criminal charges in New York for an alleged fundraising scheme last month and he entered a not-guilty plea at that time.

“We all must play by the same rules and must obey the law,” said New York Attorney General Letitia James in a statement.

Some of the allegations against Bannon and his three co-defendants in a previous federal criminal case involving a scheme to defraud donors who gave over $25 million to construct a security wall along the U.S.-Mexico border are likely to be repeated in this case.

After Trump’s final days in office, he pardoned Bannon effectively terminating the federal prosecution against him.