As of 5:46 PM EDT on October 19, 2022: With the conclusion of Konami’s Livestream—more of a video dump and here’s everything else it announced—the long-simmering rumors have been confirmed: The new Silent Hill 2 will be available on PS5 and PC. Not wasting any time the webcast launched straight into a teaser for the upcoming next-gen version.

The game’s protagonist, James Sunderland from Silent Hill 2, can be seen in the opening scene peering into a mirror and wondering if his wife Mary is waiting for him. James then strolls through the town’s gloomy streets followed by a stunning CG montage of well-known landmarks.

Although brief, the trailer serves to verify at least the following: Already on the PS5 wishlist, the Silent Hill 2 remake is in development by Bloober Team and will be exclusive to PlayStation for a year after release (together with PC). We apologize to Xbox-playing customers.

You can also read about these games:

Here is the First Part of the Original Tale:

Details regarding upcoming Silent Hill projects may have been leaked by Konami itself just hours before today’s public presentation. Really letting the cat out of the bag, huh? In case you missed it, today at 4:50 p.m. ET, Konami will host a Silent Hill Transmission Livestream on YouTube.

According to the video’s description, the show will “present the latest news for the Silent Hill series.” That’s neat, however, Twitter user Nibel noticed that an earlier version of the description provided details about what might be displayed, so it appears that the description has been updated. 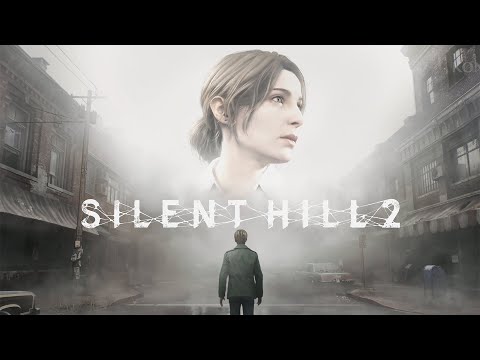 Information on when Silent Hill 2 would be released on the PlayStation shop was removed from the livestream’s description, but Konami apparently mentioned it. A streamer on Twitch going under the name of SurvivalHorrorNetwork revealed an automatic email from Twitch informing them that a copyright owner Konami had monetized a test stream they had previously conducted.

Given that the allegedly leaked email referenced copyrighted material titled “Silent Hill 2: Part 1,” it’s possible that whatever Silent Hill 2 might be in the works is split into two parts.

The live stream metadata, which has been released to the gaming community ResetEra, reveals additional clues. References to Silent Hill 2 the planned film Return to Silent Hill and a game titled “Silent Hill: Ascension” are hidden in the code.

It appears that interviews, a teaser video, and possibly PlayStation and Steam will all be part of the webcast. Some Era users have taken notice of the PlayStation mention, believing it to be significant given the widespread belief that Sony’s platforms will have a timed exclusive for the Silent Hill 2 remake.

A website called WhatIfGaming claims to have information about the Silent Hill 2 remake from an unnamed source, saying that it would have an over-the-shoulder camera “fantastic” graphics and the return of series art director Masahiro Ito and beloved composer Akira Yamaoka.

The claim that Bloober Team is working on a new Silent Hill 2 has been floating around since at least May 2022, when purportedly leaked screenshots first appeared online. With “a surprise new plot and gameplay approach,” Bloober Team’s upcoming project, announced in June 2022, is essentially a relaunch of the Layers of the Fear franchise.

In any case, in a few hours, we’ll find out exactly what Konami has planned for Silent Hill fans. However, it appears that we may have a fair idea of at least one of its biggest “surprises.”