PlayStation Latin America’s video for the upcoming Dead Space remake incorrectly states that it will be available on both PS4 and PS5. Eurogamer reports that the information in the Dead Space regional trailer is inaccurate. Fans have long hoped that the remake of the acclaimed horror game will come to previous-gen consoles, but so far, it appears like only the PlayStation 5, Xbox One S, and PC will be able to play it.

As with any remake, players of Dead Space’s remaster can expect upgraded visuals and audio, as well as new content. The remaster will be constructed from the ground up with the modern Frostbite engine. Senior producer Philippe Ducharme has stated that there would be no loading screens or camera cuts in the game, creating a “one-take” experience in which players are entirely submerged in the horrors presented by the Necromorphs. On October 4, developers EA Motive unveiled a gameplay trailer for their Dead Space remake.

Retailing at $70, the basic PS5 and Xbox Series X|S editions are available for $63 with an EA Play membership. The PC version of the remade Dead Space retails for $60, or $54 with EA Play.

If you are interested in reading more about games then we have bought you these articles which you may also like:

Dead Space, a sci-fi survival horror classic, has been remade from the ground up with the Frostbite engine for generation 5 hardware and PC. The remake stays loyal to the gripping vision of the original game while also providing improved audio and clear, terrifying images.

When reliving the events aboard the USG Ishimura, players will notice additional narrative components that add depth to the experience. As you explore the ship and learn its mysteries, you’ll start to wonder whether you’ve lost your mind, what with all the horrible terrors waiting around every corner.

“We’ve been trying to reach you about your planet cracker’s extended warranty.” pic.twitter.com/fNjeR9Dobb

Where Can I Pre-Order the Dead Space Remake?

The remake of Dead Space by EA is almost here after months of teasers. On January 27, 2023, a remastered version of this sci-fi action-horror classic will be released for PC, PlayStation 5, and Xbox Series X|S, with three different editions available for preorder. Let’s discuss where you can pre-order Dead Space.

As of now, no information on preorder bonuses has been made public; nevertheless, it is not out of the question that stores would give special extras, as this is common practice for many video games.

Visceral Games’ Dead Space is a remaster of the 2008 classic. This remake appears to be faithful to the original’s art style, plot, and gameplay while updating it with 21st-century features including improved visuals and a “one-shot” presentation that does away with loading screens.

Motive Studio, developers of the remake, have said they plan to be true to the original game’s gameplay and story while also adding new features, such as voiced lines for protagonist Isaac Clark, who did not speak until Dead Space 2 in 2011. For more on Dead Space, read our coverage and watch the new gameplay trailer for the remake. 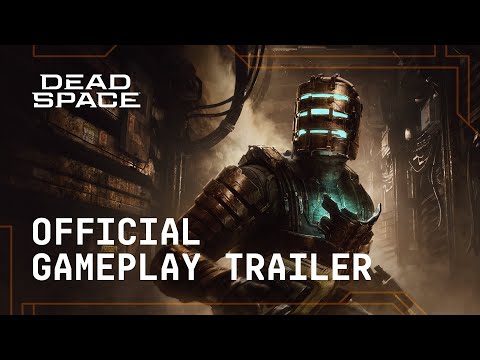