The waiting is over, as Song Jong Ki’s Kdrama Arthdal Chronicles renewed for a second season. The three-part epic fantasy series, which premiered in 2019, chronicles the narrative of ancient warriors born in the fabled kingdom of Arth.

In season one, Jang Dong Gun, Kim Ji Won, and Kim Ok Bin co-star with the Hallyu actor. Fortunately, Arthdal Chronicles is getting a sequel, thanks to popular demand and an amazing response from fans. 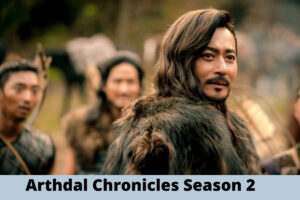 According to Soompi, Studio Dragon, the production firm behind the beloved fantasy series, has officially announced the show’s comeback for a second season on tvN.

Additionally, the business stated that production would begin in 2022. Arthdal Chronicles 2 will be directed by Kim Kwang Sik, the mind behind The Great Battle, while the story will be written by Park Sang Yeon and Kim Young Hyun, who penned the previous chapter.

Following the director and writers in charge of the sequel, fans anticipate confirmation of the lead actors and which members of the original cast will repeat their roles and new additions.

Arthdal Chronicles 2 Production Was Delayed Due to COVID-19

To recap, tvN announced in February 2020 that the epic fantasy series has been renewed for a second season and would be helmed by Kim Kyu Tae and Hong Jong Chan.

Originally scheduled to begin production in the second half of 2020, the Kdrama was postponed owing to the epidemic.

Also check: Bheemla Nayak Receives a U/a Certificate and a Large Number of Pre-release Reservations in the United States

In July of the same year, Studio Dragon provided updates, indicating that they could not film internationally due to travel limitations.

Industry insiders indicated in a statement that season 2 production is “impossible to decide immediately given the current scenario,” adding that “the production situation, as well as the cost, will be comparable to the first season. Therefore the production firm is examining several options.”

As a result, Arthdal Chronicles season 2 was omitted from the 2021 schedule.

All of Us Are Dead Season 2 Cast, Plot And Release Date What We Know So Far?