Doctor Who’s Fugitive Doctor will finally get his due in a new series. Jo Martin’s mysterious incarnation of the Time Lord makes her comic book debut in Titan Comics’ FCBD 2022 Doctor Who #1 on Free Comic Book Day.

The familiar Doctor Who Comic creative team of Jody Houser and Roberta Ingranata tells about the Fugitive Doctor’s early years. Titan Comics has confirmed that FCBD Doctor Who #1 will bridge the upcoming Doctor Who Comic miniseries arc. Doctor Who: Origins is the story’s title, which tells a new adventure set during the Doctor’s time working for the Division.

In the Doctor Who episode “Fugitive of the Judoon,” the Fugitive Doctor made her surprise debut. The unexpected appearance of a previously unmentioned regeneration upended fans’ preconceived notions about the Doctor. 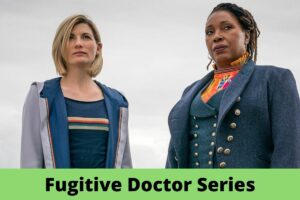 The Fugitive Doctor’s debut set the stage for the even bigger reveal in “The Timeless Children,” which fundamentally altered the Doctor’s origin story.

Exclusive lead-in to a new Doctor Who story arc set to premiere in May 2022!
This epic journey with the time-traveling Time Lord is a prelude to the spectacular new narrative cycle that unveils the Doctor’s very early years.

The past, present, and future clash in this out-of-this-universe Doctor Who story!
Exclusive Original Content Suitable for All Ages
In Stores: 20 April 2022
PI: SRP