On Tuesday, China warned the United States authorities that it would pay the price for a boycott of the Beijing winter Olympic Paralympic games, which will be happening next February, labeling it a diplomatic move. The whole world has been advocating for this move, given the political divide in the states.

However, it only applies to diplomatic and political figures, not the actual athletes who’ve been given white house approval to take part.

Why Did American Politicians and Officials Back Off the Chinese Olympics?

Beijing 2022 is approaching and the Olympic venues are taking shape, but no politician has revealed their reservations over that sport. With two months remaining, the U.S has announced a diplomatic boycott saying it won’t contribute to the fanfare nor pretend it’s conducting business as usual in the face of China’s egregious human rights record.

The Whitehouse press secretary Jen Psaki expressed the U.S. concerns over not attending the Chinese Olympics by saying that the Biden administration is not planning to send any of the diplomatic or official people to represent the U.S.. to the Beijing 2022 winter Olympics and paralympic games as America is pretty concerned about the violation of human rights in Xinjiang with the ongoing genocide and other unacceptable actions that have ubiquitous implications.

There is precedent here, as the U.S. had already boycotted the Moscow games where team U.S.A. athletes were pulled from the competition.

She further told the media that the athletes would be participating and rooting for other athletes from home as she is an Olympic-obsessed person. But boycotting the Chinese Olympics by politicians of the U.S. is just a manifestation that now the U.S. cannot treat this as business as usual. Now that will not send a diplomatic delegation that should send their message.

How Are Chinese Officials Responding to the U.s. Boycott? 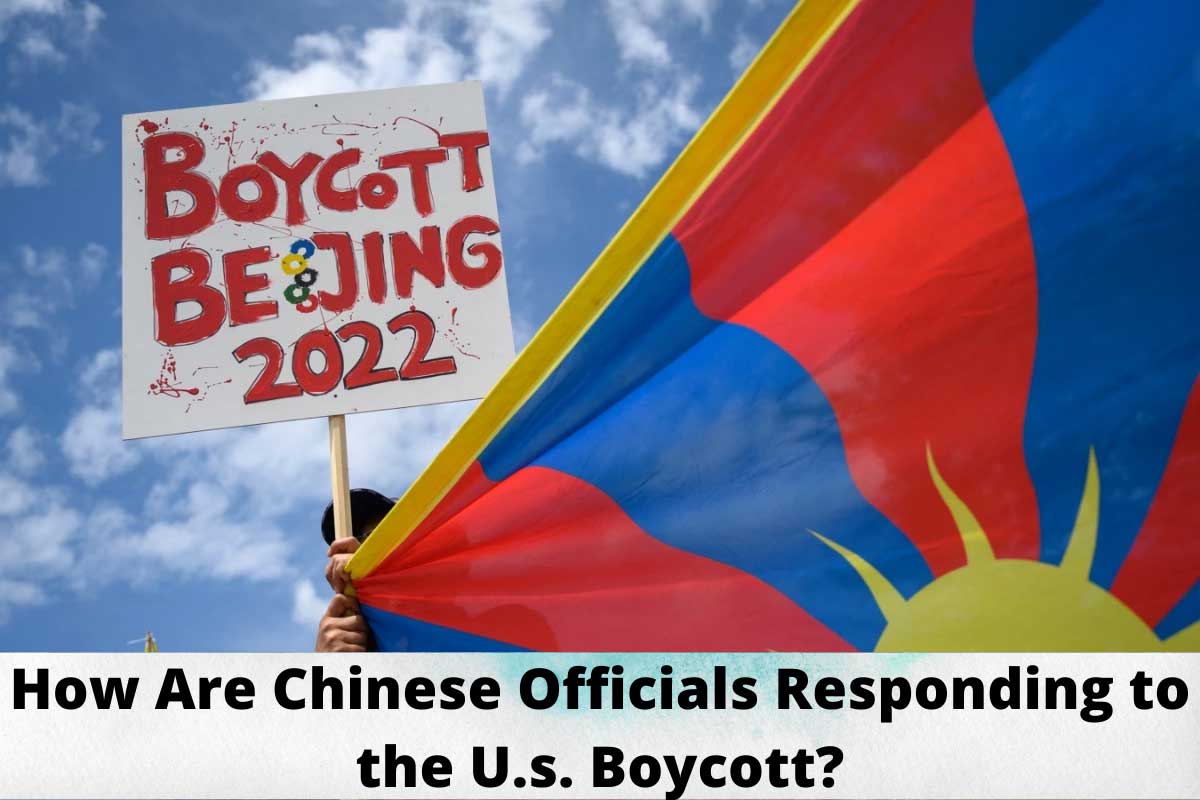 The foreign ministry’s reaction and the things he delivered in a press conference made it clear that the Chinese are not happy with boycotting. The U.S labeling it wishful thinking is politically manipulative and inaccurate.

A spokesperson from China told the media that U.S. politicians should be correcting their attitude, practicing a more united Olympic spirit, and taking china’s concerns seriously. Do not politicize sports.

Moreover, he added that the U.S. should stop calling for the so-called diplomatic boycott of the Beijing Winter Olympics if they do not want to affect the dialogue and cooperation between China and the U.S. in essential areas. If the U.S. continues to do so, China will take resolute countermeasures.

Apart from the statements released by The U.S. and Chinese governments, the international committee of the Olympics named I.O.C. did not side with the government. Instead, they released a statement saying that it is the country’s personal choice to participate or attend the Olympics.