A musical animation serves as the Netflix adaption.

A Christmas Carol has been adapted several times, starting with a 1901 silent film and a 1992 version with an all-star Muppet ensemble. The most recent adaptation is a 2009 computer-animated feature film.

Fortunately, Netflix is bringing a new adaptation of Charles Dickens’s classic story of compassion and redemption to our screens. Scrooge: A Christmas Carol, slated to debut on the streamer in December 2022, adapts the iconic 1970 Leslie Bricusse-composed musical with reinvented songs.

Netflix previously revealed the illustrious voice cast, with Luke Evans as Adult Scrooge and Oscar winner Olivia Colman portraying the Ghost of Christmas Past. Based on the trailer, we can anticipate it to be far more colorful than past adaptations and have a Scrooge who is younger than Dickens.

Will it, however, be a faithful recreation of the age-old classic? To learn everything, continue reading.

Scrooge: A Christmas Carol will have its Netflix premiere on November 18 in a few theaters. The film will be available globally on the streaming service starting on December 2, 2022.

Hollywood actor Luke Evans (Beauty and the Beast, The Hobbit) told Newsweek of his selection for the lead role: “I was not expecting to be offered Ebenezer Scrooge. I believed I had at least 20 more years before receiving that offer.

“First of all, I was like, are they sure they’ve got the right person?” he continued. They also stated that they wanted to show me some depictions and artwork of how Scrooge might appear, which, as I now understand, would be very different from the Scrooge that we are accustomed to seeing.

“And that in itself is exciting. He is unique. He appears quite different. He is not younger, but he is a little younger. Although he is much older than I am, we still picture Dickens’ Scrooge when we think of Scrooge.

In the upcoming fifth season of The Crown, starring Imelda Staunton, Jonathan Pryce, and Elizabeth Debicki, these actors will once again play critical roles in this royal drama. In November 2022, Season 5 will start… Check out more details.

A supernatural, time-traveling, musical rendition of the classic Christmas tale is what the Netflix movie claims to be.

According to the official summary, Scrooge has only one more Christmas Eve to confront his past and create a brighter future. Although it will be a faithful adaptation, director Stephen Donnelly has assured that there would be “more than enough… shocks” to keep Dickens fans “on the edge of their seats.”

“Adapting such a well-known and frequently repeated story has been an intriguing challenge. The elements of A Christmas Carol will be there in this adaptation, although perhaps not in the same way that fans are used to,” said he.

“The original essence of Dickens has been kept for those coming fresh to the famous narrative. There are more hallucinogenic, time-traveling, and musical surprises to keep those familiar with the story on the edge of their seats.”

He declared: “I can’t wait to introduce the world to this updated version of A Christmas Carol, and I genuinely hope audiences will enjoy it this year and for many years to ahead.”

You can watch the two-minute trailer down below. The footage shows that it will be far more colorful than earlier adaptations. Watch it right away. 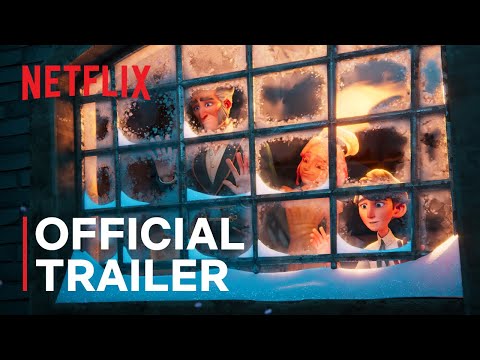 On November 18th, Netflix will release Scrooge: A Christmas Carol in theatres for a limited time. After that, on December 2nd, 2022, the film will become available on streaming services around the world.

Are you trying to find another show to watch? Visit Leedaily.com or review our recommendations for the top Netflix shows and movies.