In the upcoming fifth season of The Crown, starring Imelda Staunton, Jonathan Pryce and Elizabeth Debicki, these actors will once again play pivotal roles in this royal drama. Season 5 will premiere in November 2022.

As of this writing (Wednesday, 9 November), the fifth season of The Crown, Netflix’s most popular original drama will be available for streaming.

Imelda Staunton will play the role of Queen Elizabeth, Jonathan Pryce will play Prince Phillip and Elizabeth Debicki will play Princess Diana in the new series. Important moments from the ’90s, such as Diana’s interview with Martin Bashir and Tony Blair’s election will be discussed. Everything you need to know about the fifth season of The Crown is right here.

What Is It About?

The Crown is an extravagant biopic of Queen Elizabeth II. It portrays the Queen as a constant in a rapidly evolving country and poses the question of how the extraordinary life of a monarch affects the individual at its center, implying that the weight of the crown causes its wearer to become emotionally numb and socially isolated.

Imelda Staunton will replace Olivia Colman (and Claire Foy before her) as Queen Elizabeth in Season 5. The new season will follow the monarch into the 1990s.

The first teaser for ‘THE CROWN’ Season 5 has been released.

The series releases on November 9 on Netflix. pic.twitter.com/vQrGU9pCRy

Which historical events will it cover?

Season 5 of The Crown will focus on the Queen’s reign in the 1990s. The divorces of three of the Queen’s children in the 1990s were a major event in her life which she called her “annus horribilis,” while the signing of the Maastricht Treaty and the declaration of Hong Kong’s independence were major events on a global scale.

Without a doubt, Princess Diana’s tragic death in 1997 was the most momentous occurrence in the lives of the royal family in the 1990s. Dodi Fayed, Diana’s partner in 1997 who died in the same car crash, has been cast as Khalid Abdalla which suggests that season 5 of The Crown may cover those events rather than leaving them for series 6.

Who Are The Characters?

Olivia Colman has been replaced by Imelda Staunton as Queen Elizabeth II. She played Dolores Umbridge in the Harry Potter films and is best known for her roles in Pride, Vera Drake and Shakespeare in Love.

The role of Prince Phillip, formerly played by Tobias Menzies has been passed on to Jonathan Pryce. You may recognize Pryce from films like Brazil, Tomorrow Never Dies and The Two Popes but he is best known for his roles as the High Sparrow in Game of Thrones and Thomas Wolsey in Wolf Hall on television. Slow Horses, an Apple TV+ spy drama, featured his recent acting debut.

Once played by Helena Bonham Carter, the role of Princess Margaret has been passed on to Lesley Manville. Together with Staunton, Manville starred in the film Vera Drake and she has since appeared in films like Phantom Thread and Maleficent. In the near future, watch for her in the BBC One police procedural Sherwood.

Elizabeth Debicki has replaced Emma Corrin as Princess Diana. Debicki is best known for her roles opposite Tom Hiddleston in the John le Carre spy drama The Night Manager and as a supporting character in Christopher Nolan’s film Tenet.

Is There A Trailer?

Netflix has released a teaser trailer, though it is far from complete. The clip features brief shots of Elizabeth Debicki as Diana and Dominic West as Charles getting ready for TV interviews. 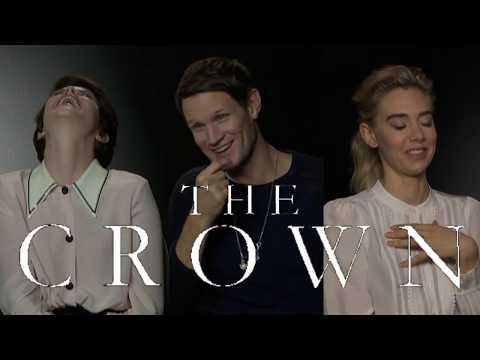 The Crown season 5 be released

During the Tudum event, Netflix announced that Season 5 would premiere on November 9, 2022. All previous episodes will be collected into one convenient package once again.

Will season 5 of The Crown be the last?

There won’t be, as production on season six of The Crown has already begun. The sixth season is planned to be the last one for The Crown. It will most likely begin with the death of Princess Margaret and end with the start of the Iraq War.

The Crown was originally planned to run for six seasons but in January 2020, creator Peter Morgan revealed that his plans had changed and the show would end after five. In July 2020, however, it was confirmed that a sixth season would indeed be produced.