Gina Prince Bythewood’s “The Woman King” relates the tale of an all-female military force that altered history and brought fame to the kingdom of Dahomey. Dana Stevens and Maria Bello’s tale lets us in on the irony.

The Agojie were the most menacing force in history, but they, too, fell prey to a patriarchal culture. They, too, had known the pain of oppression. We learn from “The Woman King” how oppression was seen as a natural consequence of women’s gender in that era.

No one thought it was bad if a woman was passively subjected to violence or abuse. Not even the most dreaded members of society spoke out against the backward rituals and practices.

The greater issue was that women internalized the belief that they were destined to be subjugated, turning become their oppressors in the process. So, let’s take a look at how an unworthy woman’s spark could have flipped the script on the established order and prompted a shift in long-held beliefs.

After much deliberation, the King appointed Nanisca as Kpojito. The monarch desired to reward her for her efforts. Gozo wished to rejoice in the fact that the Oyo armies had been vanquished. Nonetheless, Nanisca was preoccupied with other thoughts.

Now, her daughter, was missing, and she needed to find her. She was determined to save her and return her. Gozo did not believe it was prudent to risk his men’s lives by sending them into enemy territory. Reign with him, he instructed Nanisca, and forget about the hostages.

In the meantime, Nawi, Izogie, and the others devised a strategy to evade the Oyo army. The female prisoners were put up for auction by General Obe. The Europeans had a high price in mind for the women. Nawi’s attempt to flee was a disastrous failure. To save Nawi, Izogie paid with her life.

Without Malik’s intervention, Nawi would have met the same fate. The guy liked Nawi. Because his mother was a native of the Dahomey empire, he identified with their cause. After purchasing Nawi from Obe, Malik took her under his protection.

Nabisco made a conscious decision to defy the King’s directives. She made up her mind to go get her kid. Even though Amenza tried to stop her, Nanisca continued on her determined path. The young woman named Nanisca yearned to confront her inner demons. For a long time, she ignored the reality that her marriage was over. 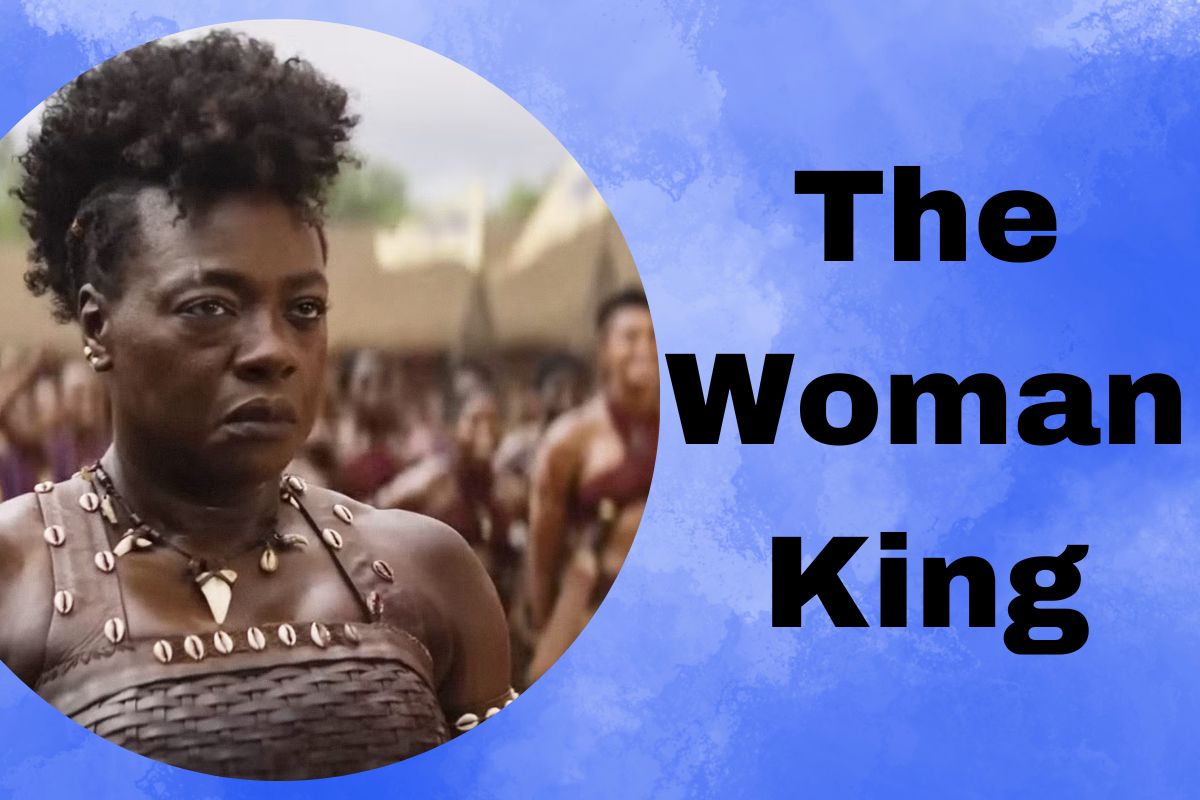 She decided she was done trying to escape her history and instead wanted to embrace it. Going into enemy territory, she was aware of the fact that she might not survive. Despite being prepared to give her life for her country on the battlefield, Nanisca refused to accept a life of regret. Nanisca embarked for Ouidah, bringing with her a large force of Agojie and Megan warriors.

While Nanisca was away, Shante made an effort to take advantage of the situation. Since she was little, she had had a strong animosity toward the female General. Whenever she was with her, she felt insecure. With Nanisca’s help, the King became king, and Shante understood that the King’s preference was always with her.

She had already voiced her displeasure with the King’s announcement that Nanisca would be the Kpojito (the lady king). The celebration, symbolizing the public investiture of Nanisca as queen, could not be delayed. Thus, Shante became the first woman to be crowned king.

It was a suicide expedition, and the King understood that his General had very little chance of surviving the conflict. In any case, Nanisca eventually came back. All the captives were returned to her care. After being wronged, Nanisca avenged herself by killing General Obe Ada. They were reunited with their mother after a long separation.

The King restored her to her status as “The Woman King,” but he was still upset with her for disobeying his orders. It was only fair that Nanisca was elevated to Kpojito status. Her resilience had helped the Dahomey kingdom rise to prominence.

‘The Woman King’ Plot Summary: What Is The Film About?

Like his predecessors, Ghezo, the young and charismatic man who became King of the Dahomey empire, desired to change the people’s attitude. Since its inception, the Oyo Empire had sought to subjugate the Kingdom of Dahomey. Dahomey was ruled by the Oyo for 90 years.

Even after the Oyo had pillaged their towns, slain their men, and tortured their women, they still sought to take advantage of them. To protest their persecution, Dahomeys began to speak out. They had concluded that the only way to end the tyranny was for each individual to muster the strength to stand up for what they believed in and fight for it.

The Oyo now had friends among the Mahi. The Oyo began conducting raids on Dahomey towns and selling their captives to European colonists. The European slave traders manipulated the African monarchs into engaging in the slave trade by presenting it as a means to both peace and security.

It was Ghezo’s goal to abolish slavery forever. He had no interest in selling out his people to the Europeans’ cunning. However, he was obligated to keep his kingdom’s finances stable. He needed to come up with a way to bring in revenue to meet the needs of the populace.

He was at a loss as to what else he might provide in exchange. The Oyo Empire was investing much in its military might. The Oyo Army was stocked with cutting-edge equipment. Gozo realized that he was in no shape to go to war with them because they were armed with firearms and horses.

The Dahomey Empire may not have had as many weapons as their foe, but they did have something just as devastating and potentially disastrous as a tsunami. Agojie was the name of Dahomey’s all-female special forces unit.

The Agojie were held in high regard by the inhabitants of Dahomey. Those heroes were willing to lay down their lives for the sake of their throne. As commander of the Agojie, Nanisca sought to end the oppression of the Oyo Empire’s subjects, which had persisted since the beginning of recorded history.

Nawi was a defiant rebel who refused to accept that she, like all the other women in the kingdom, was subject to abuse and oppression. Women were viewed as subservient to their male partners. Inside their own homes, they were held like slaves. They were beaten and tortured, and they were supposed to keep quiet the whole time.

Nawi was labeled as immoral and characterless just because she stood up to the guys who came to beg her father for her hand in marriage without treating her with respect. Nawi’s father had had enough of her wild behavior and surrendered her to the King. Nawi was familiar with the Agojie from tales told by others.

She dreamed of one day joining their ranks. There was no way for her to predict the difficulties she would encounter or the costs she would pay. After being rejected by her father, she decided to pursue her passion full-time. She embarked on her journey to become an Agojie and immediately began training.

As her first encounter with an Agojie, the skilled combatant Izogie made quite an impression. Izogie gave her a lot of advice and tips that made her a better fighter. Over time, Nawi came to understand that nearly every Agojie woman carried the scars of her past with her.

A few were attempting to get away from it, while others were patiently waiting for their chance to get revenge. As Nawi saw it, the Agojie’s methods weren’t always above suspicion. She questioned Nanisca on why their male counterparts could have wives and live regular life while they were relegated to a hermit’s existence.

Nawi was a natural fighter, and Nanisca understood that she would not follow commands that went against her moral compass. Nawi has a difficult time respecting superiors. The time had come for the hopefuls to demonstrate their abilities to the King. Nawi had toiled at it all night and all day.

She had dedicated herself completely to her practice. Nawi prevailed in the end. She was the first to finish her work. She was presented with a machete as a token of the King’s respect. After the formalities were over, Nanisca went to congratulate Nawi. Being wrong had made her feel good. She admired Nawi as a fierce combatant and realized that she, too, was destined for greatness.

Naisca Has A Secret, And Nawi Is Taken Captive

We learned that Nanisca had seen General Oba Ade earlier when he came to Dahomey to collect the tribute. It seems like just gazing at him brought back painful memories for the Agojie. The Oyo soldiers had captured Nanisca a long time ago. During her captivity, Nanisca suffered severe abuse and torture at the hands of her captors.

Despite being raped repeatedly by different guys, she made it through. Nanisca learned she was expecting a child. A baby girl was born to her. A shark’s tooth was surgically implanted by Nanisca after she slashed the back of her left arm and inserted it.

Nawi’s orphan status led to Nansica’s eventual realization that she was indeed her daughter. When Nanisca checked her left arm, she discovered the shark’s tooth, and she told Nawi about it. Even Nawi could take that in.

As a result, she felt completely overwhelmed. Nawi had Nanisca as a role model since she was young, and she hoped to one day achieve Nanisca’s success. But her mother was the one she looked up to the most.

Nawi liked one of the European slavers, named Malik, who had come to Dahomey. Despite Nanisca’s repeated warnings, Nawi still met Malik following the blood oath ceremony. Several tribes, including the Oyo, Malik informed her, were organizing an attack on Dahomey.

Nanoscale, having received this intelligence from Nawi, determined to launch a surprise attack on the Oyo before they could reach their kingdom. The Agojie destroyed the enemy army. After substantially weakening the all-female force, Oba and his men were unable to withstand its anger.

The Oyo withdrew and acknowledged defeat, but they carried many wounded Agojie with them. The Oyo kidnapped a bunch of people, including Izogie and Nawi.

A scene during the closing credits showed Amenza holding a ceremony in memory of the valiant warriors who had died defending their kingdom. Despite having vanquished Oyo, Nanisca was aware of the fact that many other issues still needed her attention. A lot of animosity was built up between the wives and Nanisca.

In other words, she was aware of Shante’s ability to sway the King. Shante, the arrogant heiress, thought Nanisca was unfit to be queen. Perhaps in the next installment, we shall be privy to Dahomeyan palace intrigue.

Many of the European slavers may have felt a blow to their pride when the Agojie slaughtered so many of their soldiers. Perhaps they would return for vengeance in the sequel as well.

The scene that played in the middle of the credits was a poignant reminder of the great sacrifice the Agojie had to make to secure the safety of their kingdom. The Dahomey kingdom had entered a new period and was well on its way to becoming one of the most powerful states in Africa.

This article explains the ending of “the woman king”. Gina Prince Bythewood’s “The Woman King” relates the tale of an all-female military force that altered history and brought fame to the kingdom of Dahomey. Dana Stevens and Maria Bello’s tale lets us in on the irony. If you are seeking some other information, then venturejolt.com can help you.