The Circle Season 5: In December 2022, one of Netflix’s most popular reality shows will return for a second season. In other words, we’re talking about the fifth season of The Circle. All the information we have about the upcoming fifth season is out there, including the premiere date.

The Circle has been one of the streaming service’s most-watched reality shows since its 2020 debut. The fourth and fifth seasons of the show were renewed by Netflix in August 2021. With the fourth season premiering in May of 2022, fans were anticipating the premiere of the fifth by the end of that same year.

However, as the end of 2022 approached without a release date announcement, fears grew that we might never see The Circle Season 5. Up until now, that is. When The Circle initially debuted, each year would only bring one season. Season 2 premiered in 2021, and by the end of the same year, season 3 had arrived. Season 4 and Season 5 have experienced this development.

As previously announced, the next season will debut on Netflix later this year. The debut of the fifth season will air on December 28, 2022, and new episodes will be released weekly thereafter. Like previous seasons, the fifth is broken up into chunks. On the same day, the first set of episodes would be made available.

In addition, Seasons 4 and 5 were picked up simultaneously because they were filmed simultaneously. It will air at the same time as the other original shows on the streaming service, which is midnight (PT) or three in the morning (ET). Those who are eager to watch the show can sign up for notifications to be alerted when it is available on Netflix.

Netflix has announced the return of the series on its official Twitter account, writing, “ALERT The Circle is BACK & singles have entered the chat. On December 28th, you can watch the premiere of Season 5! Just on Netflix.”

🚨 ALERT 🚨 The Circle is BACK & singles have entered the chat 👀

The first episodes of Season 5 drop December 28th! Only on Netflix. pic.twitter.com/TbPQh5s2BO

Finally, in the US edition of The Circle, there seems to be a central idea that ties everything together. The previous season’s format will be used, albeit with a sexier spin this time around. As Netflix Tudum reports, the next season of the reality competition will follow contestants who say they are single as they compete for the approval of their locked-up co-stars.

In order to win Season 5’s $100,000 prize, some of the contestants will be telling the truth, while others will be intentionally catfishing as a singleton. As these singles compete to be recognized as top influencers, there will be plenty of flirtation, drama, and shocks. The winner of Season 4 will receive a cool $150,000, up from $100,000 in Seasons 1-3.

It is unclear how much contestants are paid as the season progresses. The audience gets to choose who wins $10,000 by voting for their favorite player.

What Happened in The Circle Season 4?

Regardless of the fact that this past season was the most unpredictably chaotic one yet. Frank Grimsley was consistently rated highest by all audience members. He was able to secure victory in the grand finale because of his popularity and network. He ranked higher than the other four finalists, who were all his coworkers: Trevor St. Agathe, Yu Ling Wu, Rachel Evans, and Eversen Bevelle.

TikTok star Josh “Bru” Brubaker was the first non-finalist to receive the $10,000 Fan Favorite Award. There has been no new season preview or teaser trailer from the network. You may see the Season 4 trailer for The Circle on Netflix’s YouTube account for the time being. You can see in the preview that The Circle is BACK and this season we’re bringing the SPICE! There will be new characters, unexpected alliances, and the most exciting plot twists yet.

The Circle Season 5 Characters To Be In!

In all likelihood, the Season 5 cast has already been decided upon, as applications for subsequent seasons were closed in October 2021 on the official Circle casting call website. We may have to wait a bit to meet any of the new people since Netflix didn’t reveal the Season 4 cast members until a week before the season dropped.

Even if the person’s online profile doesn’t reflect their true nature, they will certainly contribute genuine personality to the presentation. Host Michelle Buteau said to AV Club in 2020, “Every time I talk to Studio Lambert and Netflix, they are really just about people who are themselves, really themselves.” “It’s strange because, despite the fact that it was about social media and, you know, interacting with people you don’t know, it’s really about being yourself.”

The Circle Season 5 trailer is not available yet, you can watch its previews trailer below: 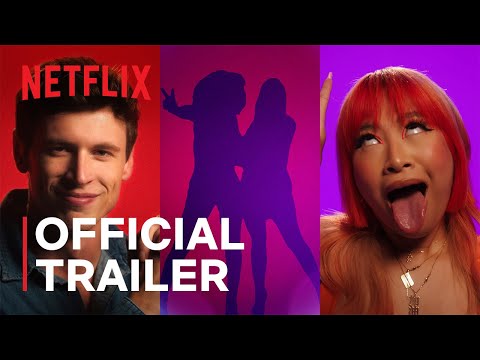 Are you waiting for The Circle Season 5? Don’t worry we will update you always with the latest news related to entertainment topics. So always be with us. For more on the entertainment world and exclusive interviews, follow us on venturejolt.com.