Andor Season 1 Finale: This review includes comprehensive spoilers for the latest episode of Andor, which can be viewed on Disney+. Check out our recap of Episode 11 of Andor if you need a refresher on where we left off.

The last episode of season one of Andor is a rousing conclusion that doesn’t hold back in terms of action or passion. It’s the perfect culmination of showrunner Tony Gilroy’s vision, as the episode accomplishes everything it’s been working toward since the beginning of the series and is expertly orchestrated to strike a balance between neatly wrapping up some plot threads and leaving others hanging in intriguing ways for future episodes.

The concluding episode of Andor’s first season opens with a demonstration of the careful engineering that has been a hallmark of the programme thus far. Symbolically, it represents the coming together of classic Star Wars elements with a new, more politically charged vigour. It’s the making of a time bomb whose ticking could be heard reverberating from the very first scene of the programme, the sound of a reckoning waiting to burst forth from the shadows.

In many ways, the structure of this chapter is similar to the third episode of the series, although the roles have been reversed. There is now a larger Imperial presence in Ferrix and Cassian plays the part of Karn, the innocent newcomer who has no idea an ambush is waiting for him there.

It’s a typical Western plot, with the protagonist returning to an old haunt in order to reclaim it from the evil that has taken root there. In the course of the series, Dedra Meero has proven herself to be a deserving and merciless embodiment of that evil and she now has the power to put her beliefs into action.

With Cassian in the crosshairs of both, the ensuing 45 minutes pack more high-stakes intensity than the majority of full-length thrillers. It’s as multilayered a thriller as you could hope to see since Gilroy turned his attention away from the original Bourne trilogy, and it’s another great example of Gilroy’s amazing management of the plot mixed with the vision of director Benjamin Caron to pull it off.

Andor shows to have more moles than The Departed, so characters should be wary of what they say in public. Unfortunately, Mon Mothma seems to have learnt this lesson a little too late.

The fact that an attack that claimed the lives of 30 rebels was given only a couple of lines of the coverage shows that hellish things are happening all throughout the galaxy. This is the worst depiction of the Empire we’ve seen in Star Wars, with vengeance being their first and only option if their authority is threatened. You can also read about the release date prediction of Andor Season 2.

Many times, the topic of discussion is so interesting that not even a brief mention of cursed Canto Bight can bring the group’s attention away from it. The episode makes astute use of flashbacks to amplify the range of feelings expressed by its cast. 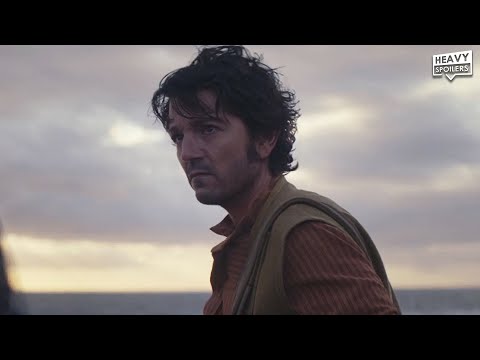 Whether it’s the inspiring words of the manifesto proclaimed by Nemik or Cassian’s touching the cold stone of his family’s gravestones, both are reminders of what matters most to them. These spectres from Andor’s past perform an excellent job of highlighting current events and providing energy for future goals.

An event not to be missed is the community’s collective effort to put one of these spectres to rest. The wonderful music and colourful clothing of the mourners contrast with the cold, black-and-white aspect of the Empire and their swarm of troopers during the memorial service for Maarva.

Vel Sartha. For the rebellion.

A new episode of #Andor , the newest Star Wars event, is streaming Wednesday only on @DisneyPlus. pic.twitter.com/6PHv9Fxw88

Her insightful and rousing remarks rumble through Ferrix as Maarva’s projection gives us the farewell that she and Fiona Shaw deserved. An emotional response was inevitable as her comments and the series’s consistently powerful score flowed over me. But that tranquilly is shattered by a startling act of violence, and you are thrust back into the terrible reality Maarva has fled.

Here we talked about the finale of Andor Season 1. I hope you all have enjoyed this series. You can also share your views in the comment section about what you liked the most in this series?