Janeen Damian makes her directorial debut with the 2022 American Christmas romantic comedy film Falling for Christmas, based on a script by Jeff Bonnett and Ron Oliver. Lindsay Lohan is the main star and the supporting cast includes Chord Overstreet, George Young, Jack Wagner and Olivia Perez.

This is Lohan’s first major role in over a decade as her career has been derailed by substance abuse and legal problems. The film which was announced in May 2021 and started filming in Utah in November 2021, is being produced by Brad Krevoy and Michael Damian. Netflix dropped it on viewers and critics alike on November 10, 2022 to a generally negative reception.

Was “Falling For Christmas” Released?

The film producers first announced in May 2021 and began production in Utah in November 2021. The movie was finally released on November 10, 2022, by Netflix.

FALLING FOR CHRISTMAS, starring Lindsay Lohan, is now the top movie on @Netflix in the world!

It is number one in 59 countries today (+18 from yesterday). It's also top five in an additional 26 countries and top ten in other 4. pic.twitter.com/SoDGYHRWuq

Do you want to know the plot of the film? Read below that the story follows a newly engaged and spoiled hotel heiress who loses her memory in a skiing accident and winds up in the care of a handsome, blue-collar lodge owner and his precocious daughter.”

What is the Plot Of “Falling For Christmas”?

A spoiled hotel heiress Despite having no interest in the hotel industry, Sierra Belmont has been promoted to “vice president of atmosphere” at her father’s flagship resort in Aspen. The influencer’s boyfriend, Tad proposes to her on a mountaintop, but she has a skiing accident and is separated from him.

Since the hospital is unable to confirm her identity, the man who found her. Jake Russell whom she had previously encountered right after Jake had made a failed business pitch to her father, offers her a room at his Northstar Lodge. With her new identity as Sarah, Sierra is able to settle into normal life and form close relationships with Russell and his family.

Sierra realizes that the hotel needs money and plans a party to help bring in some extra cash. Tad meanwhile becomes disoriented in the woods and is rescued by recluse Ralph, who walks him into town. Four days later, after Sierra has gone missing, her father reports her disappearance to the Sheriff who has just returned with Tad and Ralph.

The community rallies around the Northstar Lodge at the party after it is designated a historic site. Sierra’s memory is restored before Jake can thank Sierra, thanks to Tad and her father. With the realization that the hotel industry is not for her, Sierra decides she will do things on her own going forward and resigns from the position her father created for her. Meanwhile, Avy who is Jake’s daughter reveals that her greatest wish was for her father to find love and persuades him to go after Sierra.

I love you trash panda in Netflix’s Falling for Christmas. 😍 pic.twitter.com/N2uWYWDRup

After Jake tells Sierra he loves her, she decides to end her engagement with Tad so she can be with him instead. Sierra’s dad decides to repay Jake for helping him find his daughter by making a financial investment in Northstar Lodge. All ends well with a joyful Christmas celebration.

Watch the Trailer of “Falling For Christmas”

You can watch the trailer for “Falling For Christmas”. From this trailer, you can see most of the important parts of the movie. 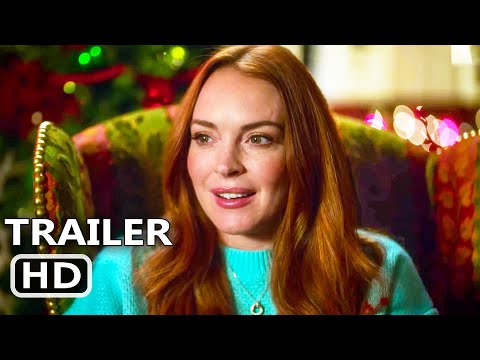 Who Are the cast of “Falling For Christmas”?

These are the cast of the movie. Read more about their roles in the movie.

A spoiled newly engaged hotel heiress who gets into a skiing accident and loses all memory of her past life. Lindsay Lohan first became famous as a child star appearing in two roles in The Parent Trap and going on to star in other films like Freaky Friday, Confessions of a Teenage Drama Queen, and Mean Girls. In addition to Falling for Christmas, she has appeared in A Prairie Home Companion, Labor Pains and The Canyons.

Chord Overstreet plays the role of Jake who is the ruggedly good-looking lodge owner who takes care of Sierra after her accident. Overstreet is best known for his role as Sam Evans on Glee in which he appeared in more than 90 episodes. More recently, he starred in the Apple TV+ comedy Acapulco. His filmography features roles in A Warrior’s Heart and 4th Man Out.

Olivia plays the role of Avy who is a young and observant ake’s daughter. Already a child star with a long list of credits to her name. Perez had appeared in In the Heights on an episode of the Dash & Lily Netflix comedy and in multiple episodes of Sesame Street.

Jack Wagner plays the role of Beauregard Belmont in the movie “Falling For Christmas”. He is the hotel tycoon father of our heroine, Sierra. Wagner has guest starred in several American daytime dramas, such as GH, SB, B&B and MP. His last film credit dates back nearly two decades.

George Young plays the role of Tad who is Sierra’s fiance who popped the question to her right before the tragedy. The horror film Malignant from last year featured Young and she has also appeared in episodes of the TV shows Containment, Grace and Deja vu.

What are the Reviews on “Falling For Christmas”? 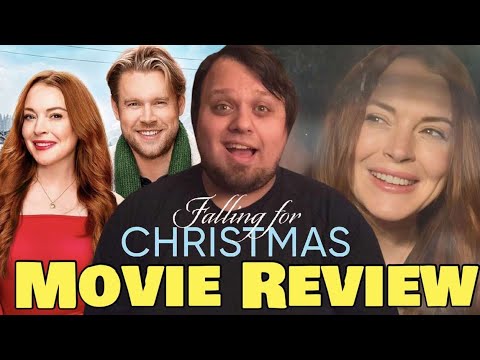 Favorite parts of the film included those in which the main characters bonded during the holidays. For example, the snow globe scene where Jake and Sierra shared a sweet moment while talking about her quest to regain her memory was one of my favorite parts of the film. The film is made more enjoyable by the excellent chemistry between Overstreet and Lohan.

Where Was “Falling For Christmas” Filmed?

Both of the resorts, which play significant roles in the story, were filmed at and inside actual Utah hotels. According to Distractify, filming took place in Salt Lake City and Park City. According to Decider, filming for And Falling For Christmas took place between November 8 and December 15, 2021.

Is Falling For Christmas a Hallmark Movie?

Margaret Lyons and her friends provide streaming recommendations for television and film. Check out Watching for four weeks for free. Although it has a similar feel to a Hallmark Channel original “Falling for Christmas” is not an original production of the network.

These are the details related to “Falling For Christmas”.

What most did you like in our post? Must share your answer with us in the comments section below. For more updates and details stay connected with us. Must visit our website venturejolt.com. You will find more updates on different topics on our website.