No player in NBA history has ever done as well as Steph Curry is currently performing for the Golden State Warriors. The 50-40-90 club in the NBA is one of the most exclusive in all of sports. Only nine players in NBA history have ever shot at least 50% from the field, 40% from deep and 90% from the line in a single season.

Here we will read how Stephen Curry made NBA History.

In the first quarter of the game, Curry made a three-pointer maintaining his streak of making at least one three-pointer in each quarter this season in 200 consecutive regular season games. According to a press release from the Warriors, Stephen Curry has extended his NBA record 3-point streak to 200 games after scoring 11 points in the first quarter alone.

The Warriors have played 11 games and have a 4-7 record. They had lost five straight games 116-113 home victory over the Sacramento Kings. With 32.6 points, 7.1 rebounds, 6.9 assists and 1.1 steal per game. Curry has been the team’s lone bright spot despite their struggles.

He’s also shooting 51.2% from the field and 43.1% from the three-point range. They have won the NBA title four times in the last eight years. So the Warriors should be able to turn things around this year. They have a respectable 4-1 record in their five home games but a dismal 0-6 record away from their home field.

The Cavaliers’ record after eleven games is 8-3. The two losses came against the Los Angeles Clippers and the Sacramento Kings, snapping a winning streak of eight games. Mitchell is scoring 31.9 points per game on 51.4% field goal and 44.8% three-point shooting. 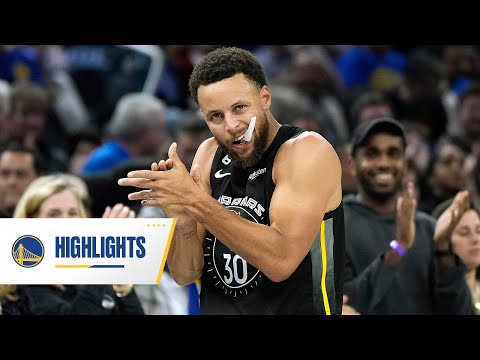 Curry’s off-court earnings put him in second place. Stephen Curry scored 40+ points, 65%+ from the field and 5+ from deep in consecutive games for the first time in NBA history.

The Golden State Warriors upset the Cleveland Cavaliers 106-101 on Friday, a rare major win in the NBA in November. They are now 5-7 that record won’t excite many but it sure beats starting 4-8.

More importantly, it was a reminder to the rest of the league and maybe even diehard Warriors fans who may have been wondering. If only in their minds if this dynasty was or is starting to run up against its expiration date.

Repeat offender Friday, he scored 15 of his 40 points in the fourth quarter to help Golden State come back from an eight-point deficit that following a four-point play by Caris LeVert, seemed like it may grow to a much larger margin with less than five minutes remaining.

Steve Kerr praised Curry for his superior conditioning and defensive prowess. In all honesty, he’s not exaggerating when he says his finishing is unbelievable on Friday. He made nine of his 12 two-pointers and had made roughly 80% of his attempts from inside four feet in his previous games per Cleaning the Glass.

Kerr is correct in assuming that this occurs every single night. Curry isn’t just bringing out his A-game for the big games or on special occasions. He’s still the most dangerous player whenever he takes the court.

Kerr scored 15 points against the Warriors which is two fewer than the 17 he scored against the Kings on Monday. That makes Curry the first player in NBA history regardless of age to finish consecutive 40-point games with at least a 65 percent shooting clip and five 3-pointers made.

Curry made 6 of 11 three-point attempts bringing his season total to 44 percent. He has the second-highest scoring average in the league. Despite not even having a top-20 usage rate. And he manages to achieve all this without hogging possession of the ball.

As the game progressed, Curry made a three-pointer extending his run to 200 straight regular season games in which he has made at least one three. The Warriors have played 11 games so far and they have a 4-7 record. They had lost five straight games before Monday night’s 116-113 home victory over the Sacramento Kings. 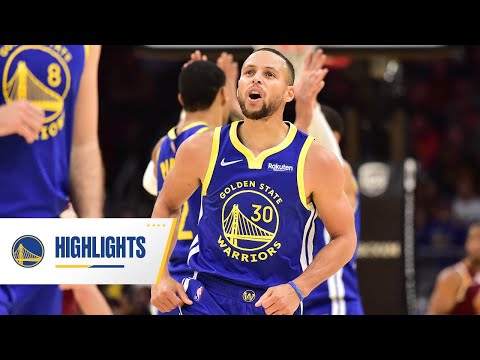 It’s highly conceivable that the Warriors will turn around their season considering they have won the NBA title four times in the last eight years. They had a respectable 4-1 record in their five home games but a dismal 0-6 record away from their field.

The Cavaliers have played 11 games and have won 8. They had won eight straight games before dropping their final two in California to the Clippers and Kings respectively. Mitchell has been scoring 31.9 points per game while shooting 51.4% from the field and 44.8% from beyond the arc.

At the end of the game, Curry was questioned about Draymond Green’s postgame comments in which Green claimed that Curry keeps getting better and better.

The key according to Curry is “simply doing what I’ve been doing and trying to stay efficient and consistent with it. By doing so, you can extend your best years. I’m not giving you any new equipment rather, I’m encouraging you to maintain your proficiency. That ought to resemble something in particular that I’ve imagined. In addition, fitness and recuperation are crucial.

Winning games despite the growing pains are crucial for the Warriors, who recognize they have a lot to work through early in the season as their young players are being asked to shoulder some of the responsibilities that were designated for veterans last year.

Having a player of Steph Curry’s caliber makes that task much simpler, and early indications suggest he may win another MVP award this season. Winning on the road is always difficult, and even if most of these teams are expected to be in the lottery, the Warriors will still need to bring their A-game.

Stephen Curry is an American professional basketball player. His net worth in 2022 is estimated to be $ 170 million.

Curry’s off-court earnings put him in second place behind only LeBron James and his $95.1 million total would have set a new NBA record as recently as the 2019-20 season.

You can read on these topics also