With its sixth season set to launch on Netflix in late October 2022, the show’s official social media pages have already stated that Elite has been renewed for a seventh season. Elite will join other long-running Netflix shows like Stranger Things and Orange Is the New Black, which typically doesn’t last more than a few seasons.

Netflix has not yet confirmed the renewal, but Elite’s social media sites have announced the returning cast members for Season 7. One of the show’s original cast members is coming back, which is the most exciting part of the revival.

To fill you in Carlos Montero and Daro Madrona’s Spanish series Elite centers on a group of teenagers at the fictitious Las Encinas, a renowned high school. The show has built an interesting mystery while tackling issues like racism, religion, s*xuality and social and class divide. The sitcom has been called a combination of Riverdale, Gossip Girl and How to Get Away with Murder.

fun fact: these two scenes are gonna happen one after another 🙂 #Elite6 #EliteNetflix pic.twitter.com/X3TTfgwz4Z

According to the show’s social media accounts, the production for Elite Season 7 will commence “in the next weeks”, but Netflix hasn’t revealed an official release date yet.

Elite Season 5 was released on April 8, 2022 and Season 6 is planned to be on Nov. 18, 2022, therefore their release dates were only a few months apart. Season 7 is currently in the post-production phase, which shouldn’t take too long, so we can probably expect it to premiere around 2023. When we have more official information from Netflix we will update this piece.

To no one’s surprise, Netflix has decided not to add Elite Season 7 to its lineup for the month of November 2022.

Elite Season 7 Cast: Who are the New Cast Members?

Read about the past and new cast of the Elite Series:

Due to her roles in Money Heist and Elite, the Spanish actress, dancer and model Mara Pedraza Morillo became famous around the world.

The actor Miguel ngel Garca de la Herrán is better known by his stage name, Miguel Herrán. In the television series Élite and Money Heist, he played the main character. For his performance in Nothing in Return, he was awarded the Goya for Best New Actor that year.

Season 6 of Elite has not yet aired, so it’s difficult to speculate on what the seventh season will focus on, but we can say for sure that Omar Ayuso’s character will be back in the tale.

Looking at the Season 6 official synopsis will do for now:

“After Samuel’s death, Las Encinas faces a new school year trying to have a facelift by covering up disasters of the past. However, the conflict in its classrooms is systemic: racism, s*xism, domestic abuse or LGTBI-phobia are just a few of the difficult issues that will run through the hallways of the prestigious institution this season. If those who run the system do not actively take action to address these issues, it will have to be the students themselves who do so.”

Besides confirming that Samuel (Itzan Escamilla) died as a result of Season 5’s events, that doesn’t tell us very much. Omar isn’t the only one missing from Season 6; Georgina Amorós’s Cayetana and Claudia Salas’s Rebeka are both absent. Information on Season 6 may be found in this article.

Following the release of Season 6 on Netflix, Epicstream will revise this article to provide further narrative elements.

Has Netflix already released the trailer for Elite Season 7?

Since filming on Elite Season 7 has not yet begun, there will be no new trailers for the show in the near future. In the meantime, though you can watch the premiere trailer for Season 6 below: 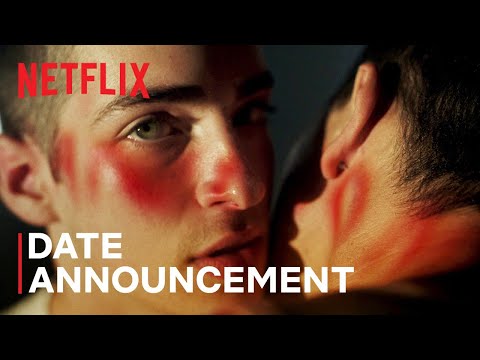 Here we talked about all the details we have on Elite Season 7. I hope you enjoyed our article. If you have any views on the article you can share them in the comment section.

Keep following venturejolt.com for more updates. Don’t forget to bookmark our site for the latest updates on t shows and movies.