The co-founder of Nike told CNBC that the company’s connection with Brooklyn Nets guard Kyrie Irving is “likely broken forever.” “I would doubt that we go back,” said co-founder Phil Knight in a Thursday interview. However, I can’t say that with absolute certainty.

As part of the tremendous backlash from Irving tweeting a link to a film containing antisemitic material, Nike stated last Friday that it has “suspended” its connection with him and shelved plans to produce his next signature shoe. And now Irving will miss at least another five games due to a suspension handed down by the Nets. 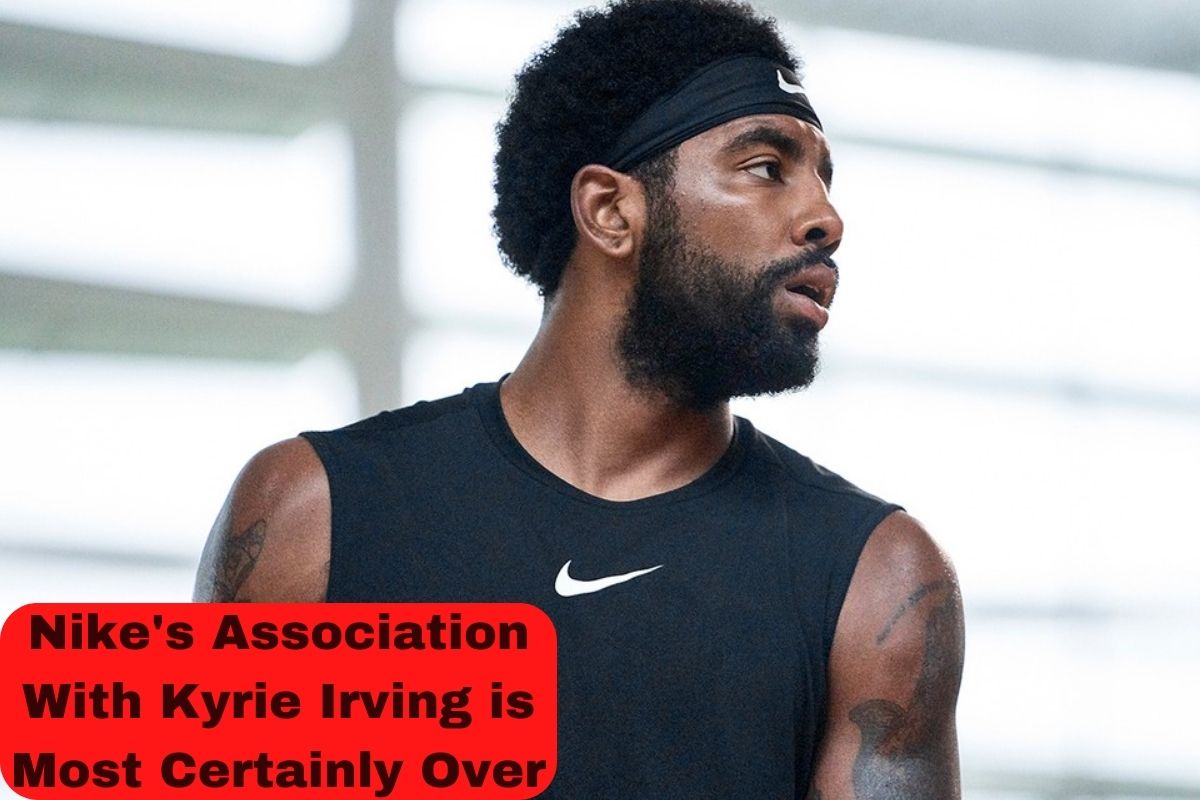 Irving’s annual endorsement deal with Nike is rumored to be at least $11 million, and he signed with the company in 2011. Kyrie “crossed the line,” Knight declared. It’s as easy as that, really. Since we disagree with his views, we decided to sever our friendship. As for me, I had no problem with it.

In a now-deleted tweet last month, Irving promoted a documentary called “Hebrews to Negroes: Wake Up Black America,” which features Holocaust denial and conspiracy theories about Jews. A few days later, during a heated postgame interview, Irving maintained his freedom to post anything he pleases.

The Nets have stated that one reason they suspended Irving was that he “refused to unambiguously claim he has no antisemitic ideas.” According to reports, Nike also attempted to contact Irving for an explanation or apology. “Same situation. He was dug in,” Knight said.

Nike has announced it is suspending its relationship with Kyrie Irving “effectively immediately” and will not launch the new Kyrie 8 pic.twitter.com/Pr6lA7enl3

After the Nets revealed their decision to suspend him, Irving eventually posted an Instagram message in which he expressed regret for causing any distress by apologizing to “any Jewish families and communities that are harmed and affected by my post.” Nike broke up ties with Irving the next day.

A number of anti-hate organizations, including the Anti-Defamation League, as well as NBA Commissioner Adam Silver, have voiced their disapproval of Irving’s comments. Irving and Silver had a meeting earlier this week in New York to discuss the situation, which was one of many requirements the Nets had for Irving to fulfill before they would reinstate him.

On Wednesday night, before the game against the New York Knicks, a small group of protesters gathered outside Barclays Center, claiming Irving had been unfairly handled by the organization and others for speaking his views.

When deciding which athletes to sign and how much to compensate them, Knight and his staff consider not just their skill but also their character. It’s not an exact science, but it is a process we go through with great care and many hands involved.

Throughout his career, Irving has made no shortage of headlines with his outspoken views. He apologized to his scientific instructors after constantly casting doubt on the spherical nature of the Earth.

He suggested that athletes might want to think twice about returning to play in the 2020 season after the pandemic hit, even if it meant playing in a bubble at Walt Disney World in Florida. Last season, he was benched for most of the Nets’ home games because he refused to get vaccinated against COVID-19.

The Nike company’s connection with Brooklyn Nets guard Kyrie Irving is “likely broken forever.” “I would doubt that we go back,” said co-founder Phil Knight in a Thursday interview.

Share this article with your loved ones. If you are seeking some other information, then VentureJolt.com can help you.