Although Enola Holmes 2 is set in Victorian London, some scenes from the Sherlock spin-off were shot in locales other than London. Enola Holmes 2 goes through the ebbs and flows of adulthood that the titular character encounters after becoming a full-fledged female detective-for-hire, with numerous sparkling views of Victorian London as its backdrop.

Millie Bobby Brown’s character in Netflix’s Enola Holmes sets out to start her own detective firm after successfully solving her first case. Unfortunately, things do not go as planned, and her mystery-solving adventures almost come to an end in Enola Holmes 2. However, just as she is about to give up, she comes upon a new case that forces her into London’s seedy underbelly.

As the plot suggests, Enola Holmes 2 follows in the footsteps of its predecessor, taking viewers to a variety of colorful London locations, including desolate factories and exuberant music halls.

Although the Enola Holmes sequel takes place mostly in London, much of the London sequences were filmed in other parts of England, including Kingston upon Hull and Dorchester. On that point, here is a full analysis of the key filming locations for Netflix’s Enola Holmes 2. 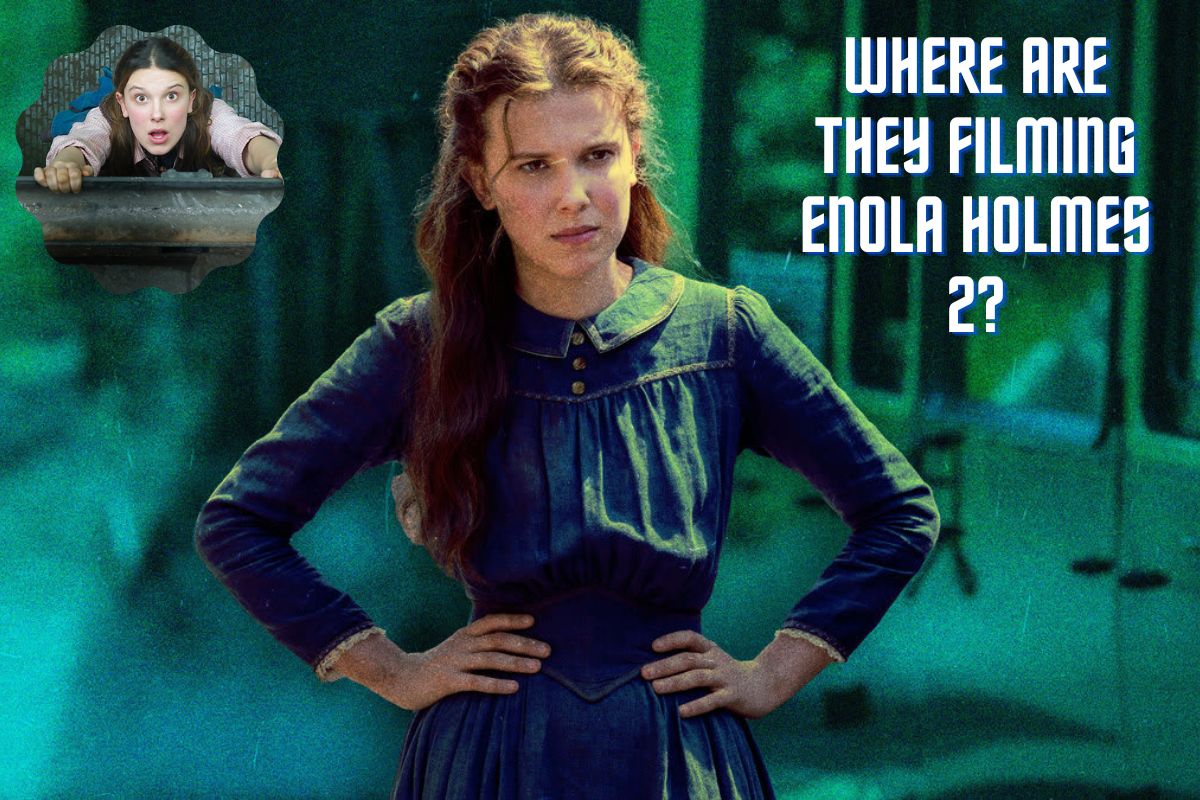 Millie Bobby Brown and Henry Cavill were sighted filming Enola Holmes 2 in Hull’s Old Town in early October 2021 (via The Yorkshireman). Millie Bobby Brown was spotted meandering through Hull’s streets between takes while Cavill was costumed in Victorian attire in the Old Town streets.

The High Street, Scale Lane, Bishops Lane, and Chapel Lane in Hull’s historic old town were reportedly closed to traffic during the filming of Enola Holmes 2. Many viewers (via Twitter) did, however, catch a peek at the Netflix movie’s cast on sets built in the town’s gorgeous streets.

Millie Bobby Brown is chased by officers along an alleyway on Hull’s High Street in one of the sequences from Enola Holmes 2. In another shot, Henry Cavill’s Sherlock Holmes can be seen walking directly by the Guildhall’s historic law court, which has been given a Victorian London appearance to reflect the film’s period setting.

this scene in enola holmes 2 was powerful pic.twitter.com/tTNsmVKrsH

For the filming of Enola Holmes 2, a prison in the medieval market town of Dorchester was converted into a set. Dorchester Prison in Dorset, which was built in the nineteenth century, was closed in 2013 but reopened in 2021 during the filming of the film (via BBC).

Enola Holmes 2, a Netflix Sherlock Holmes spin-off, was purportedly filmed in the prison under the working title “Street Dogs,” and numerous cast members were also observed using a room above Dorchester’s Corn Exchange in High East Street as their Green Room.

Enola Holmes 2 was also believed (through SurreyLive) to start filming on Hankley Common’s drop zone near Elstead, which is a civil parish in Surrey, England, in October 2021. Given its fantastic cast and numerous filming locales, it’s no surprise that Enola Holmes 2 is gaining positive feedback for bringing Sir Arthur Conan Doyle’s imaginary characters to life.

In this article, we discuss the shooting location of Enola Holmes 2. Although Enola Holmes 2 is set in Victorian London, some scenes from the Sherlock spin-off were shot in locales other than London. What do you think about this? Do share your reviews with us in the below section. Also, mark our website venturejolt.com for more such updates.