My Policeman: Harry Styles has been a part of celebrated movies over the past few years. From being in Christopher Nolan’s “Dunkirk ” to the recent release of “Don’t Worry Darling ”, Styles’ transition from being a successful boy band singer to a successful Hollywood actor took years of dedication.

The Grammy-winning solo artist has now been the leading man in the Michael Grandage film “My Policeman” and it was definitely one of the most heavily anticipated films of 2022. Mainly because of the celebrated cast, the fans hoped this is going to be another big hit coming from Styles.

But sadly, this time he failed. Harry Styles didn’t live up to the reputation he had initially built for himself. So, how did “My Policeman” perform and what was the review? We will be discussing it all to let you know if Harry Styles’s “My Policeman” is worth a watch.

“My Policeman”: What is the Review of this Harry Styles Movie?

To start with the basics, the film has been inspired by Bethan Roberts’ 2012 novel “My Policeman”.

The storyline is set in the 1950s Brighton and things get complicated with the love triangle that happens between Tom Burgess, a closeted policeman played by Harry Styles, Marion his wife played by “The Crown’s Emma Corrin” and lover Patrick Hazelwood portrayed by David Dawson. The events take place at a time when homos*xuality was considered to be illegal in the United Kingdom.

After four decades, Patrick moves in with Marion and Tom in the Peacehaven home and they have now grown old. Patrick had a stroke and the film soon cuts into lengthy flashbacks that happen in the middle of two time periods. These flashbacks start taking place after Marion finds romantic details of Patrick’s love affair with Tom in Patrick’s diaries.

The film tries to address the tragedy of living in an era where gay people had no choice but to suppress their true feeling and s*xuality.

However, the whole thing was explored at a very surface level. In spite of dealing with such a sensitive topic in depth, the film fails to show the inner turmoil that every repressed gay man had to suffer from. It must have taken a deeper dig into a man’s platonic love for his wife and the passion to get his forbidden lover.

We cannot deny the raw emotions and promises that were depicted throughout the film. But it definitely didn’t feel natural and the work was not that of seasoned actors.

As a matter of fact, Dawson delivered an impeccable performance and Colin aced in her role. But the storyline lacked intensity since the characters didn’t attain their full character development. Moreover, Tom’s and Patrick’s emotional connection could have been worked on more and should have been only about passionate s*x.

The biggest loophole is the time jump of 40 years which keeps the readers wondering what went wrong in that timeframe. All three characters ultimately didn’t get the love they deserved and the story looked pretty flat. In spite of having so much potential, “My Policeman” didn’t leave a lasting impression. 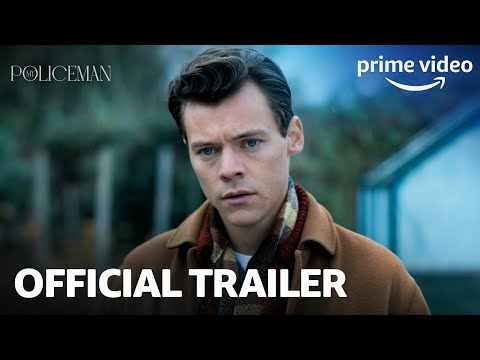 What did director Michael Grandage have to say about Harry Styles?

Fans had high hopes for Harry since it was Styles who wanted to play this role as revealed by director Michael Grandage. During an interview, Michale said, “I think what he wanted was more important.

I wanted someone who could play the role of Tom Burgess. And the character was very much a part of the evolution of Harry as a screen actor away from his music career after Dunkirk.” “He was very clear, saying, ‘I’ve done one film, and I’m just making another now, and I know that I would love something like this to be my next film project’.”

So, the film could have been award-winning if more attention was paid to the details.

Reminder that, for his 4th film, Harry has chosen to be in a film about a closeted gay man who pretends to be in love with a woman; made by gay producers and staring a queer cast. pic.twitter.com/sx7DBKC30b

Where to watch “My Policeman” Online?

Now the review was our personal opinion of the critics and you could have a different view. If you are interested to watch the film you simply need an Amazon Prime video subscription. The film is available to watch for all subscribers. Thus, you only need to make yearly or monthly payments to watch it.

“My Policeman” may have not received critical acclaim the way it could have been but this isn’t the end of Harry Styles’s career. He is already successful and acting is a new domain for him. We believe that the upcoming films of “My Policeman” will show his true potential just like the previous films.