Russia Threatens Norway: Russia stated on Wednesday that it finds Norway’s cooperation with other NATO nations to be provocative and that its efforts to strengthen its military in reaction to Russia’s invasion of Ukraine this year will likely be the death knell for Oslo-Moscow relations going forward.

On Wednesday, Russian Foreign Ministry Spokesperson Maria Zakharova was quoted by TASS as saying, “Oslo is currently among the most ardent proponents of NATO’s deployment in the Arctic.” We see this as Oslo’s calculated strategy to escalate tensions in the Euro-Arctic region and destroy Russian-Norwegian ties.

Zakharova stated that any “unfriendly measures will be followed by a fast and effective response.” Russia’s concerns about Norway surfaced only one day after the country’s military heightened its alert level in response to suspicious drone sightings.

In the wake of rising concerns about the possibility of Russian attacks on Norwegian critical infrastructure, Norwegian authorities have arrested a number of Russians, including the son of an associate of Russian President Vladimir Putin, on charges of illegally flying drones in Norwegian airspace or taking photographs in restricted areas.

Prime Minister Jonas Gahr Stre reportedly told Russia to stop interfering, as reported by NRK. Stre cautioned Monday that NATO members should be on high alert for Russian aggression in light of the conflict in Ukraine. 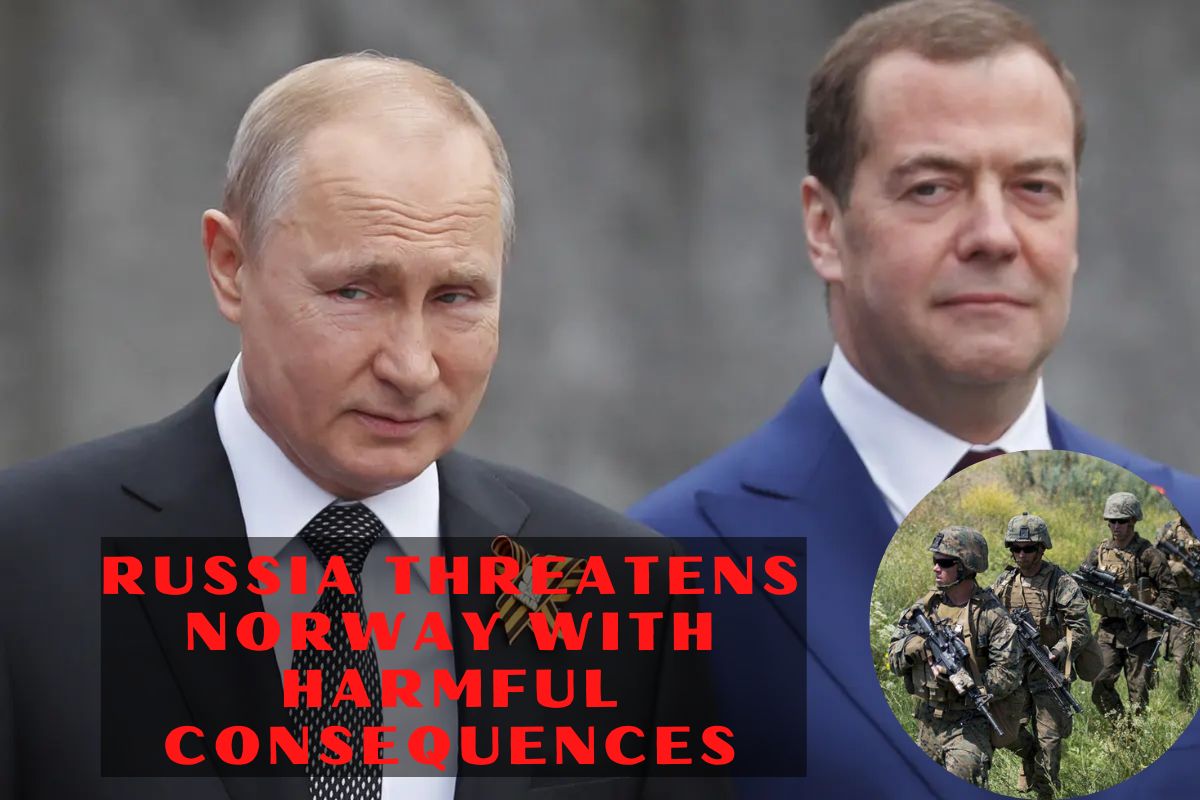 “Today, we have no reason to anticipate that Russia will want to directly include Norway or any other country in the fight,” Stre added. However,” all NATO countries make it necessary to be more watchful because of the situation in Ukraine.”

Norway has traditionally played host to rotational deployments of U.S. forces for arctic training exercises, and the country has hosted exercises in the past. Russia’s declaration follows the U.S. by a few weeks.

The United States claims that the Air Force conducted a combat arctic integration training exercise at Norway’s rland Main Air Station in conjunction with NATO allies and the Royal Norwegian Air Force. That part of the government is responsible for defending the country.

The alliance made efforts to operate rapidly across weapons platforms and systems in an effort to prevent Russian aggression along NATO’s eastern flank. Col. Martin Tesli, commander of the 132nd Luftving Base, stated in a statement, “The sum is that together, we can better defend not only Norway and the Nordic nations, but also Europe should the necessity arise.”

Russia announced it views Norway’s work with other countries in the NATO as provocative, warning that Norway’s efforts to bolster its military in response to Russia’s invasion of Ukraine this year will likely be the death knell for Oslo-Moscow relations. https://t.co/HK6lEoVOT7

The 90th Expeditionary Fighter Squadron of the United States Air Force was also there for the exercise and was able to collaborate with the Air Force of Finland. Finland is currently in the process of joining NATO in response to Russia’s invasion of Ukraine.

Why Russia’s relations with European and Western countries continue to deteriorate?

Russia’s relations with European and Western countries continue to deteriorate, and Moscow’s warning appeared to be the latest attempt to push Russia’s own narrative. The Russian government has already tried to raise alarm bells over what it perceives as provocative behavior on the part of European nations and NATO collaboration.

Prior to its invasion of Ukraine this year, Moscow issued a warning that it saw the growth of members in NATO, which was founded to fight threats from the Soviet Union, as a threat to Russia. The Kremlin has claimed, repeatedly in recent days, that Ukraine’s desire to join the military alliance constitutes a threat to Russia.

Russian aggression towards Ukraine and Europe is “the most severe security policy crisis we have faced in several decades,” Stre said.

Norway’s efforts to aid Ukraine’s defense against Russia’s invasion have been ongoing since the conflict’s inception. Sanctions were imposed on Russia in an effort to convince Moscow to pull its troops out of the conflict, and military aid was sent to Ukraine.

Protection gear like bulletproof jackets and helmets, as well as armored vehicles and an air defense system, are all part of the package. Norwegian officials have also pushed for a larger military budget. 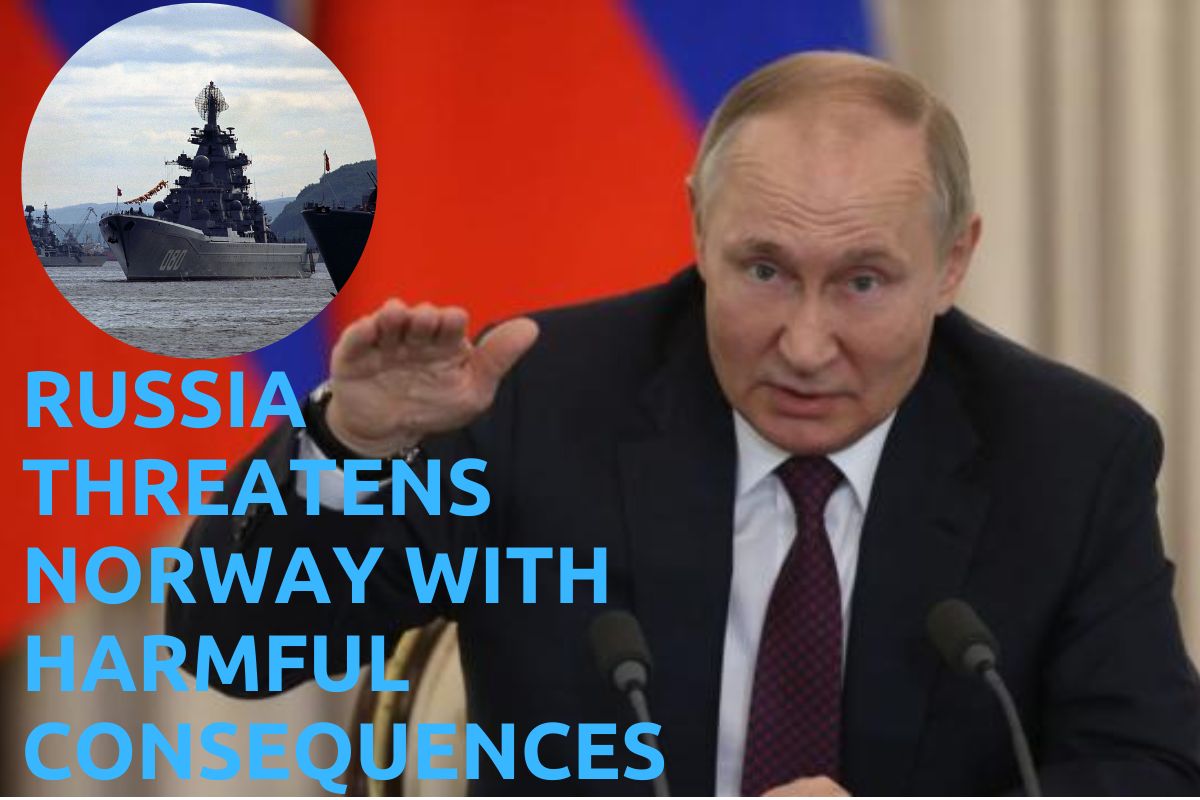 Bjrn Arild Gram Statement Regarding This-

Norway’s Defense Minister Bjrn Arild Gram announced last month that the country plans to increase its defense spending for the upcoming year by roughly 10 percent. Weapons to help Ukraine defend itself from Russia make up a significant portion of the increase.

Threatening Norwegian and European security, Russia’s aggressive assault in Ukraine. Gram emphasized that the war has already had significant effects on security, politics, the economy, and humanitarian relief. Ukraine’s need for military aid is urgent, widespread, and unavoidable. Ukraine’s defense forces will be strengthened by this budget proposal.

The United Kingdom isn’t the only country aiding in the training of Ukrainian soldiers; Norway is, too. has committed to giving Ukraine around $1.1 billion (in USD) in aid over the next two years.

Russia has lodged protests against a number of countries in recent days, not only Norway. Sergei Lavrov, Russia’s foreign minister, said at the end of last month that his country no longer sees the value in maintaining diplomatic ties with Western powers.

Lavrov said that Russia would prefer not to collaborate with the West but rather with countries in Latin America, Africa, and Asia.

When it comes to looking for promising cooperative projects, “we will transfer the ‘center of gravity to nations that are ready to cooperate with us on equal and mutually beneficial conditions,” Lavrov stated.

Maintain Your Current Awareness by Reading the Most Recent News on Our Website venturejolt.com.