Tyler Perry’s net worth shows that he is the perfect example of a billionaire who got there alone. The actor, writer, director, and producer worked hard to build his empire. His close friend and fellow icon, Whoopi Goldberg, is aware of this. She once told Variety about Tyler Perry’s net worth, “[Perry’s] wealth wasn’t inherited; he earned every dime. He used his money to buy everything in that studio.

I think it’s important to let people know that this wasn’t a gift but something that was earned. And in any other place, he would be the talk of the town and everyone would know about him. It would be a big deal. And yet, as far as I’m concerned, people haven’t really done much to recognize it.

Perry told Parade that no matter how hard he works, he always makes sure to take “perfect breaks.”, “If I work nonstop for three months, seven days a week, 18 hours a day, then I’ll take a month or two off and do nothing,” he said, adding that becoming a father (his son Aman was born in November 2014) had a big impact on him in this way.

“It made me stop, take a breath, and smell the roses, because in my 20s and 30s I worked nonstop and never stopped,” he said. “But as I’ve gotten older, I’ve learned how important it is not only to spend time with family but also to check in with myself, which is very, very important.”

That hard work for almost 20 years straight paid off in a big way. Find out how big by reading on to find out what we know about Tyler Perry‘s net worth and how he got there, from the poorest beginnings to the highest tax bracket. So, Let’s start the tremendous story of the success of Tyler Perry…

Who Is Tyler Perry?

Tyler Perry is an American actor, director, playwright, and producer with a net worth of $800 million. Tyler Perry is by far one of the most successful directors in terms of money in the entertainment business. He has directed and produced more than 30 movies, 20 plays, and 8 TV shows over the course of his career.

Tyler is a real self-made business mogul. He started from scratch by writing and putting on a single play called “I Know I’ve Been Changed.“ Tyler turned that play into a mini theatre empire while he was living in his car. That empire grew into the huge multi-media empire he has today. Tyler is in charge of all of his costs, income, and profits.

In What Films Has Tyler Perry Appeared?

Perry is best known for the work he has made himself, but he has also been in other big movies, such as: Star Trek (2009) as Admiral Richard Barnett, Gone Girl as Tanner Bolt (the scene-stealing attorney for Ben Affleck’s Nick Dunne), Alex Cross (title character), Teenage Mutant Ninja Turtles: Out of the Shadows as Baxter Stockman, The Star as Cyrus, Vice as Colin Powell, Paw Patrol: The Movie, Don’t Look Up.

Forbes estimates Tyler Perry's net worth at $1 billion and says he's earned more than $1.4 billion in pretax income since 2005. https://t.co/poFeTs3Vzs

According to the most recent data, as of the year 2022, it has been estimated that Perry’s net worth was somewhere in the range of $800 million to $1 billion. Whereas his salary is around $80 Million

Perry has always been aware that the odds have always been against him. He was born poor in New Orleans and was abused by his father and a friend’s mother when he was a child. He started writing as a form of therapy and got involved in his church as a way to escape.

Perry quit high school, got his GED, and worked a variety of jobs to make money. One of them was at the Windsor Court Hotel, where the National Association of Television Program Executives met every year. Perry told Forbes that he would pick up abandoned conference badges to get into events. This is how he met Wheel of Fortune host Pat Sajak.

Perry went on to sell cars and work as a bill collector to save up $12,000, which he used to put on his first play, I Know I’ve Been Changed, which was based on his hard childhood. It wasn’t a huge hit, so Perry had to live in his car for three months until the play started doing better. As with most of Perry’s other projects, he was involved in every step, from writing to producing to selling snacks. 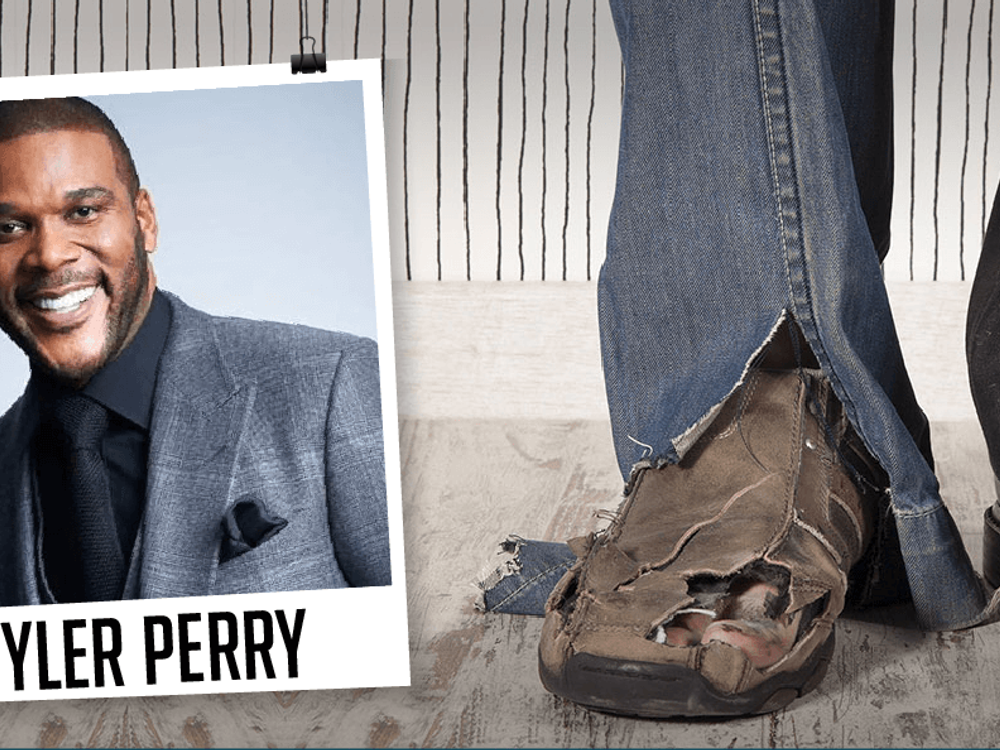 Perry started to tour and build a fan base. During this time, his famous, sassy grandmother character, Madea, was created. Then, Oprah Winfrey saw Perry’s touring show “Diary of a Mad Black Woman” in Los Angeles, as she told Forbes at the time. This led to a friendship and business partnership between the two women that has lasted for decades.

“I knew about the traveling plays, but I never really gave them much thought because I thought of myself as a theatre and Broadway fan. But I saw one in Los Angeles, and it didn’t just make me feel something, it changed me,” she said.

In 2001, she had Perry on her show with the same name. Perry used Winfrey’s business sense to make a lot of money before he had a TV show or movie. He made a whopping $100 million from theatre ticket sales, $30 million from videotaped performances, and $20 million from merchandise.

One of the people who went to Perry’s three nights of sold-out shows was an assistant to Chuck Lorre. Lorre liked Perry and tried to get him a TV show, but the networks weren’t interested. So Lorre changed course and made Two and a Half Men, which starred Charlie Sheen.

Lionsgate: Is Tyler Perry The Owner?

He doesn’t, but he owns another company that makes entertainment. Winfrey, who owned both The Oprah Winfrey Show and Harpo Productions at the time, gave Perry some advice on how to make the show that would make him famous: House of Payne.

He wrote, directed, and produced the series, and then sold it to the CW. The ratings for the show went through the roof. TBS bought the show for a huge $200 million, of which Perry himself got $138 million. Perry also saves a lot of money on staff because he writes, directs, and makes all of his own work.

Since he owns both his studio and the things he films there, everything he does there automatically brings in more money. Perry explained to Forbes, “I own the lights. I have both sets. So that’s what makes them different. I make more money because I own everything.” Perry’s studio is so big that it even has a copy of the White House.

Perry went on to make more than a dozen TV shows, almost all of which were shot in and around Georgia, which has a lot of tax breaks for the film industry. He has made deals with TBS, Winfrey’s OWN, and most recently Viacom, which gave him a 25 percent stake in the BET+ platform for an estimated $150 million.

Perry told Variety, “When I moved to Hollywood, I always had to find a way.” “I’ve never had a door open to me, an invitation, or a chance, but I’ve seen my white brothers and sisters get chance after chance, no matter how well or badly their shows or movies do. I know that this is the hand I’ve been given. This Black skin that covers me is lovely. I won’t say I’m sorry for it. I won’t be embarrassed about it. But I’ll make it work for myself and us.”