The long-awaited Miles Morales video game for the personal computer is finally here and it will be released on November 18th.

At long last, PC gamers will be able to get their hands on a copy of a game that was previously only available on Sony’s PS5 machine. Yes, we’re talking about the wildly popular Spider-Man game for the PS4 called Marvel’s Spider-Man: Miles Morales. Over 6.5 million copies have been sold thus far, and it’s coming to PCs very soon.

This was revealed on Sony’s official news blog. This release announcement details the game’s various features and the steps needed to achieve each effect. This also indicates the game’s gameplay and story.

Pre-orders of this new game have begun in some online retailers, and gamers can’t wait to get their hands on it. There is no need to worry, as everything is prepared. It is suggested, however, that you use this time wisely and get your system ready to use all of its functions.

In a matter of days, you’ll be able to play the updated version of Marvel’s Miles Morales PC Game. According to a blog post by Sony, the PC version of the game will launch on November 18, 2022. It also detailed which hardware platforms this fresh release would be compatible with.

One thing to keep in mind is that playing this game to its fullest requires a certain level of hardware. Nvidia RTX 40 series graphics cards with DLSS 3 offer the greatest performance. However, DLSS 2, DLAA and Nvidia Reflex are all supported as well.

You’ll need at least an Nvidia RTX 3080 or an AMD graphics card with comparable specifications if you want to take full advantage of Spider-Man: Miles Morales’ features, including Ultimate Ray Tracing. An I7 processor from the latest generation, 32 GB of RAM, and an SSD with at least 75 GB of space are all suggestions. The corporation has detailed alternate requirements, which vary with desired gameplay quality.

The trailer for this updated version of Miles Morales’ PC game showed off a variety of features. First, there is improved functionality for ultra-wide monitors and several new visual effects. The trailer demonstrates that the game makes use of Ray Traced Reflection and Ray Traced Shadow.

Another noteworthy feature of the PC version of Marvel’s Spider-Man: Miles Morales is its unrestricted framerate. Also, Dual Sense controllers can be used for gameplay.

The trailer also reveals that Spider-Man is being pursued by a band of armed men. Since Peter Parker and Myles Morales both show up at the end, it’s unclear who they desire. It is clear, however, that the latter is having personal difficulties reconciling his dual roles as Spider-Man and a regular guy.

Sony claims on its blog that the PC version of Marvel’s Miles Morales features a robust customization system. They explained, “In the graphics menu, you will find a wide variety of options for configuring the visuals. There are a wide variety of settings available, such as the ability to render in windowed, full-screen or full-screen exclusive mode, as well as the quality and filtering of textures, the amount of detail, the density of pedestrians and vehicles, the field of view, and so on.

Steam and the PlayStation Store now offer pre-orders for the game. You can earn three skill points, several costumes from “Into the Spider-Verse,” and early access to T.R.A.C.K. if you pre-order. 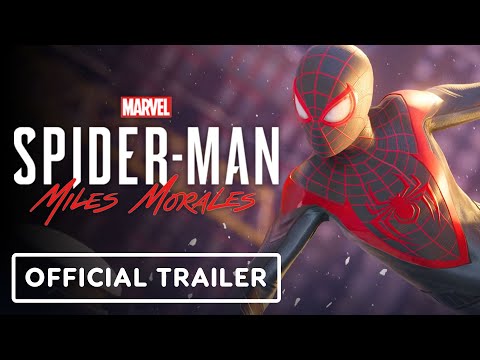 Keep following venturejolt.com for more updates. Don’t forget to bookmark our site for the latest game updates. You can also read about these interesting games: Call of Duty: Modern Warfare 2 Early Access Launch Causing Issues and Destiny 2: About Halloween Event and How to Get Manifested Pages?