It’s been over a year since John B. (Chase Stokes) and his pals left on their treasure hunt. We are thrilled to finally have some information about the return of Outer Banks for Season 3, and we can’t wait to see our favorite Poguelandia residents again.

Big John (Charles Halford), John B.’s absent father who was last seen at the beginning of Outer Banks Season 1, was revealed to be alive in the season 2 finale. We don’t know what Season 3 will bring, but we hope that our favorite Pogues will get into some more exciting adventures and that maybe we’ll get to see a father and son reunite.

The series takes place in North Carolina’s Outer Banks and focuses on a group of teenagers known as the Pogues. John B. and his companions set out on an adventure to discover what happened to his father but soon find themselves in a life-or-death treasure hunt with the rival Kooks.

You can also read about these entertainment tv shows:

Expect a new album from the Pogues in 2023. Pictures marking the start of filming Season 3 of Outer Banks were uploaded to the show’s official accounts on February 28.

New cast members for the upcoming season were announced on June 23. The role of Carlos Singh, “a brutal Caribbean Don on his own treasure hunt,” is played by Andy McQueen. Lou Ferrigno Jr., who plays Singh’s head of security, will appear alongside McQueen. According to Netflix, Fiona Palomo will also play Sofia in Season 3, and she is “a self-identified Pogue who builds a close connection to Rafe.”

It’s not just Chase Stokes who’ll be back for Season 3 of Outer Banks; everyone from the original cast will be contributing in some way. Carlacia Grant, who plays Cleo, the newest member of the core Pogues friend circle, has reportedly been promoted to series regular, as reported by Deadline.

What Happened In Outer Banks Season 2?

Outer Banks Season 2 concluded with the Pogues having another terrifying brush with death, just like Season 1. The second season of the Netflix show focused largely on John B., Sarah, JJ, Kiara, and Pope’s quest to recover the stolen Cross of Santo Domingo. In the final episode of the season, the gang tried to steal the cross by sneaking into the Coastal Venture.

After a frantic gunfight, they were defeated and had to escape on a lifeboat. Despite the fact that the Pogues came away empty-handed once again, the episode concluded on a high note as they celebrated their continued survival and the fact that they were all together and safe.

Elizabeth Mitchell, who plays Carla Limbrey, hinted at her character’s future in an interview with Metacritic. Mitchell said, “He’s amazing, and I get to hang out with Big John (Charles Halford) quite a bit.”

I love my OBX bbs so much #TUDUM pic.twitter.com/rNwpfobMGd

It was hinted at in the season 2 finale of Outer Banks when Big John offered to help Limbrey locate the healing shroud provided she agreed to aid his son John B. I wouldn’t say they’re “teaming up,” but they certainly spend a lot of time together early on. Obviously, Limbrey is not trustworthy, considering she murdered her half-brother in Season 2. Let’s just say that I don’t think Limbrey is a team player, as Mitchell put it.

Outer Banks up to Season 2 can be viewed online at Netflix.

We got an exclusive sneak peek at Season 3 at Tudum: A Netflix Global Fan Event. Despite being marooned on an island, the Pogues initially had a pretty positive outlook on their situation. Season 3 of the OBX friends’ show promises to be action-packed, with automobile chases, hand-to-hand fights, and imminent peril. 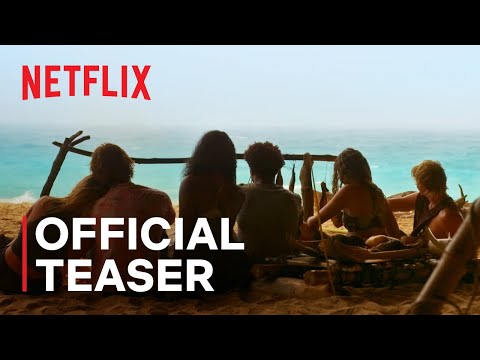