Her father, Howard (Marlon Wayans), is a high school science teacher and a hard-nosed skeptic; as the awakened skeletons, zombies, and clowns stalk the town, the sensible father and the believing youngster must team up and meet one other halfway. And the town is famous for its Halloween decorations, which is a nice conceptual addition.

You can also read about these interesting tv shows:

A fanatical neighbor (Rob Riggle) explains the reasoning behind his yard’s “Walking Dead“-themed decoration: “Everyone picks a theme, and then you go big time on that theme.” The film’s structure promises an increasing level of comic chaos, but it never quite reaches that point.

Early on, there is a promising set piece in which lethal spiders run amok in a nursing home, but it quickly devolves into a tiresome slog of lackluster action clichés and sarcastic quipping. The film’s most glaring flaw is its uninspired visuals. Wadlow, a competent filmmaker of horror, appears constrained by the film’s wholesome target audience and has trouble creating tension in the lack of a credible danger of physical harm.

(It’s surprisingly bloodless for a movie with so many action sequences.) The film’s ultimate adversary, an evil spirit, looks like he was dressed from the bargain bin at Spirit Halloween, and the monsters are uniformly boring and unimaginative.

The Curse of Bridge Hollow Trailer 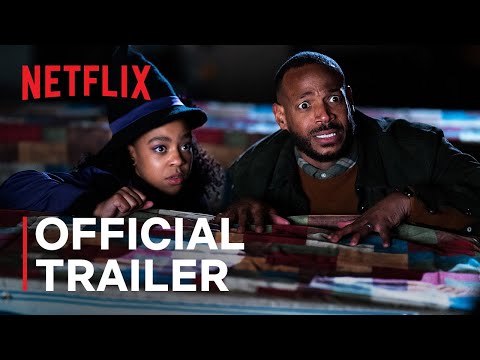