House of the Dragon has been impressing fans with its thrilling storyline, top-notch performances, and breathtaking visuals ever since the show’s debut in August.

Now that there are only three episodes left in the season, the show has changed direction, and the drama is getting more exciting with each episode.

The seventh episode of the first season just aired, and it had some of the most surprising turns and twists so far. Now, people are waiting for the next episode to come out. But when will episode 8 of House of the Dragon come out? Find out by reading on.

House of the Dragon Episode 8 Release Date and Time

Episode 8 of #HouseOfTheDragon now has a perfect score of 10/10 on IMDb, holy shit tonight’s episode is going to be insane pic.twitter.com/ryV8vSCv75

The episode will be different because it will have another time jump, which is likely to be the last big one in the series. After that, Rhaneyra and Alicent’s kids will be shown as adults.

You can also read about these tv shows that you may find interesting:

What to Expect from House of the Dragon Episode 8?

The name of the next episode, “The Lord of the Tides,” suggests that it will be about who owns Driftmark in some way. HBO has also shown a preview of the episode, which shows that after the time jump, tensions between team Alicent and team Rhaenyra get even worse. 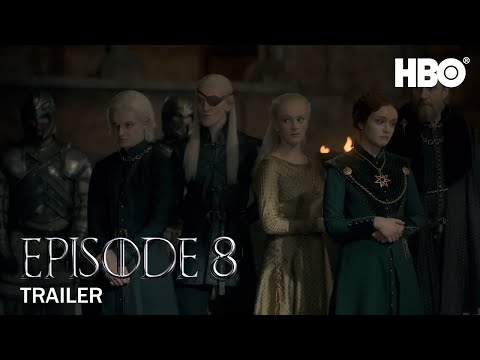 The preview doesn’t show King Viserys at all, and Ser Otto Hightower sits on the Iron Throne and speaks for him. Most likely, the King’s health has gotten worse, and he is now too weak to run the country. While the king was away, it seems like the Hightowers took over King’s Landing.

What Happened in House of the Dragon Episode 7?

In the most recent episode, Rhaenyra and Daemon saw each other again after a long time at Lady Laena’s funeral. Prince Aemond is able to tame Vhagar, the biggest dragon in the seven kingdoms. This causes a fight between him, Rhaenyra’s sons, and Daemon’s daughter.

Aemond ends up losing an eye in the fight after calling Jacaerys and Lycerys bastards. The matter is discussed in the Red Keep, which brings out the struggle for power between Alicent and Rhaenyra to the forefront, with the Queen attacking the princess and injuring her hand.

Rhaneyra and Daemon’s plan to kill Ser Laenor so they can get married was an interesting way for the episode to end. Laenor is thought to be dead, but he is still alive. He and his lover Qarl, who was sent to kill him, escape across the narrow sea.

Are you also excited for the eighth episode of House of the Dragon to come out? Tell us about it in the comments.

Keep following our site Venturejolt.com for further updates.  Here you can find many interesting articles to read.