Chainsaw Man, MAPPA’s most anticipated anime series of 2022, is getting near its premiere. The new anime series will follow the adventures of Denji, a poor youngster who signs a contract with Pochita the Chainsaw Devil based on the classic manga series by Tatsuki Fujimoto.

Two official trailers for Chainsaw Man have been released by MAPPA giving us an excellent look at the show. The visuals are stunning, the voice acting is interesting, and the violence is uncensored, of course (as promised by MAPPA). Therefore, it should come as no surprise that every anime fan is getting increasingly excited to see the first episode of the TV series.

If you are an anime lover and want to read about some interesting animes then these are best for you:

Somehow the team at MAPPA managed to create something that resembled more a film than a typical anime. I love it! You can see that through the direction, animation, & even the fights have this unique movement that’s unequivocally Chainsaw Man pic.twitter.com/2vTpIGnqOo

The official international debut of the 1st episode of Chainsaw Man anime is set for 9 AM PT on October 11, 2022. Since this is a simulcast release, the premiere date of MAPPA’s project on Crunchyroll will depend on your location. Those who want to see Denji as soon as it airs should pay attention to the regional release dates below:

How Many Episodes Will Chainsaw Man Have?

Some viewers are bound to be dissatisfied with the first season being cut short. The episode count of season 1 may seem excessive at first glance, but when you consider the rapid speed of storytelling in Tatsuki Fujimoto’s manga series, you can see why.

In order to fill out the first season’s 24 episodes, MAPPA would have to adapt the entirety of the first volume of the manga. It would have taken a very long time for the studio to receive enough footage from Part 2 to continue production on the anime series.

Unfortunately, we only have eight brand-new manga chapters because Tatsuki Fujimoto has just started serializing Part 2. If the first season of Chainsaw Man (which has 12 episodes) only covers half of Part 1, MAPPA will still have enough material to begin production on a second season.

In 12 hours, Chainsaw Man Episode 1 will air, so be sure to join the discord below so you can participate in our groupwatch.https://t.co/vlW6F4bplK pic.twitter.com/xhja9E8wYU

To put it simply, Makima is the main bad guy. Throughout the show, she hid the fact that she was the Control Devil as she played the role of a high-ranking Devil Hunter. Everything that happened in the show was orchestrated by her. So that he would give in to his transformation into the Chainsaw Devil and serve her, she set out to destroy Denji’s psyche.

Chainsaw Man has been dubbed the “Hero of Hell” by this ardent devotee. She believes that the fact that he can make people forget about the devil by devouring them will lead to a world where people can finally live in safety and security. Her nature as the Control Devil has always made it so that she can never have a truly happy romantic partnership. All she wanted was to meet someone on equal ground and start a real conversation.

Power made her first appearance in Chapter 4, and since then, she has risen to become a fan favorite. Blood Fiend though she may be, she serves on Makima’s team. Their friendship is quite nice, and she is endearingly odd.

Power has a juvenile demeanor and an unpleasant disposition, but once you get to know her, it’s hard to detest her. She only engages in combat when she is certain of victory. Otherwise, she’ll get to work immediately and expect someone else to clean up after her. Power, who is fond of bragging, estimates her IQ to be between 500 and 1,000.

Denji is the main character of the show, although he’s not your typical shonen protagonist. His aspirations do not include rescuing humanity. Denji, on the other hand, only cares about the basics of life: a roof over his head, food on the table, and a partner. After hooking up with Pochita, Denji joined the Yakuza and trained to be a Devil Hunter in an effort to repay his father’s debt.

After being attacked by the Zombie Devil and dying, he was brought back to life when Pochita fused with his heart. Denji acknowledges that he isn’t the most intelligent person in the room, but he is a clever fellow who can get by on street smarts alone. Since he’s one of the series’ most realistic characters, he’s bound to gain a fanbase once the anime debuts.

Here you can watch the amazing trailer for Chainsaw Man: 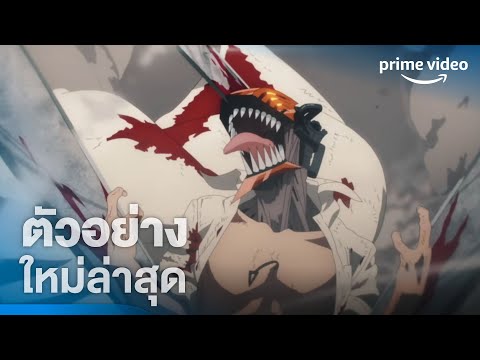 Keep following venturejolt.com for more updates. Don’t forget to bookmark our site for more anime and other tv shows. You can find many interesting articles here to read.