Getting Hitched to the Medical Industry Married to Medicine is an American reality television series produced by FremantleMedia North America and created by Purveyors of Pop and it is currently airing its ninth season. Matt Anderson, Nate Green and Mariah Huq are the show’s executive producers. On March 24, 2013, Bravo premiered the first season of the show.

The women of Atlanta who are doctors or the spouses of doctors are the focus of Married to Medicine, also known as Married to Medicine: Atlanta. This series shows how these women manage their professional lives, personal relationships and family responsibilities.

Season 9 of Married to Medicine brings the ladies back together. You’ve come to the right place if you’re desperate to learn all about married-to medicine season nine.

What Are The Characters Of Married To Medicine Season 9?

Members Drs. Jacqueline Walters, Simone Whitmore, Heavenly Kimes, Contessa Metcalfe, Quad Webb, Toya Bush-Harris and Anila Sajja return for the new season of Married to Medicine. Once again, Miss Quad Webb is a central player. Audra Frimpong, a real estate attorney with a bold persona and a storied Ghanaian pedigree is the newest member of the women’s group. She is engaged to Dr. Martin Curry.

The upcoming season 9 of Married to Medicine promises to be the show’s most exciting and dramatic yet. The cast and crew will be exploring the exciting city of Las Vegas, complete with casinos, strippers and zip lines when the show returns.

Jacqueline, Simone, Heavenly and Contessa all continue to care for their patients even after returning to Atlanta where they were born and raised. Then Quad’s mom and 6-year-old nephew Mason move in, making her anything but an empty nester. After losing their long-term nanny, Dr. Kiran and Anila are considering inviting her parents to live with them.

Drama is essential to the series. There is thus some dramatic tension as well. Someone is a rumored sleeper in Atlanta, though no one is saying who. Simone, meanwhile, spreads a rumor of her own, saying that Quad slept with one of her contractors. Toya and Dr. Eugene’s marriage is shown to be rocky in the trailer. In addition, Anila’s house is broken into. In the final lines of the trailer, the speaker says, “The worst is over and the best is about to come!”

Season nine of Married to Medicine will premiere on Bravo on July 10, 2022. Approximately 41–43 minutes are devoted to each of the 119 episodes.

We have covered some seasons that are amazing, Check must My Hero Academia Season 6, Step Up Season 3 and Strange World.

Where to watch Married to Medicine Season 9?

Getting Hitched to the Medical Industry In July of 2022, the ninth season will premiere. Peacock will have each episode available for streaming the day after it airs. I mean, come on, who wouldn’t want to see a fun sneak peek before Season 9 premieres? 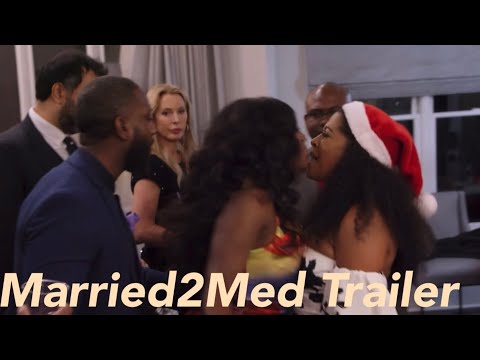 Because Bravo knows how excited we all are for the season premiere on July 10, they are providing you with exclusive photos from the upcoming season in the form of isolated scenes and images. Please take the time to check them out.