We’re getting close to the NHL 23 release date, so there are a few things we need to talk about before the game comes out.

We will examine the most recent trailers, pre-order bonuses, NHL 23 ratings, and more. In this article, we will provide you with the most recent information available regarding NHL 23.

If there are no setbacks, NHL 23 will be available on the market on October 14, 2022. So far, everything looks good with the game time.

The availability of Early Access through a pre-order of the X Factor Edition has also been announced. More on that is provided below.

The release date was nearly identical to NHL 23’s last year, giving us a solid benchmark for future projections. Assuming nothing changes, EA will likely keep the game’s release date in the middle of October.

Benefits for Purchasing NHL23 in Advance

As we mentioned, you’ll get some cool stuff before the NHL 23 release date, including Early Access. Pre-ordering the X Factor Edition grants you early access to the game for three days beginning on October 11.

Xbox One and PS4 owners can pick up NHL 23: Standard Edition for $59.99, while PlayStation 5 and Xbox Series X|S owners will have to shell out an extra $10 for the privilege.

The NHL 23 X-Factor Edition costs $99.99 across all platforms but includes many bonuses:

You’re probably asking, “What does the game look like?” There is some good news, though: several trailers have been released.

The reveal trailer for NHL 23 was sent out before the release date, and you can check it out below. 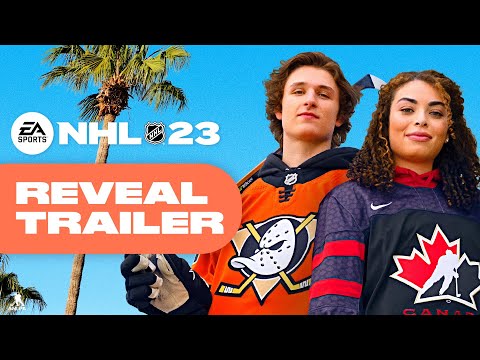 Some of the game’s features, as well as the new presentations and alterations, are shown in the reveal trailer. As the release date of NHL 23 approaches, it’s exciting to see features like cross-platform matching and a unified HUT for all platforms supported by the game.

The Highest-Rated NHL Games of the 23rd Season

Many spectators also wonder who now has the highest overall NHL 23 rating. If we’re being sincere, the winner shouldn’t come as much of a surprise.

For the sixth year in a row, Connor McDavid has been the highest-rated player in the game.