“Hard Knocks” latest season is revolving around the Detroit Lions since they are preparing for the 2022 NFL season. It premiered on August 9, 2022, on HBO at 10 p.m.

You can watch the new season of “Hard Knocks” through HBO Max following its premiere on HBO if you are someone who does not have cable. However, please note that HBO Max doesn’t have a concept of the free trial, hence, read the full article below to know a number of other options where you can watch “Hard Knocks” online without spending any additional money.

There are 4 channel packages on DirecTV Stream: “Entertainment,” “Choice,” “Ultimate” and the last one “Premier.” All these aforementioned packages have HBO Max and you can just go for any package and any addition of your preference with a free trial for five days:

After signing up, “Hard Knocks” can be watched live or on-demand on its application, accessible on Amazon Fire TV or Fire Stick, Roku, Roku TV, Apple TV, Samsung TV, Chromecast, Android TV, Android phone, Android tablet, iPhone, or iPad. You can also watch it on your PC by visiting the streaming service’s website.

It can also be watched later on the HBO Max app.

If you have Hulu or you are considering signing up for a subscription, then you will be able to watch “Hard Knocks” as HBO/HBO Max is available on this streaming service. You can also go for a thirty days trial for free if you are a new subscriber.

After signing up, “Hard Knocks” will be available to watch live on the streaming network Hulu and it can also be watched by visiting the Hulu website from your computer. The same way, you can watch it later on the HBO Max application.

According to the HBO press release, in Season 17 of “Hard Knocks,” we will see it moving to training camp for the Detroit Lions for the first time, taking a dig into the professional as well as personal lives of its players, staff and coaches as well in an “unfiltered all-access look at what it takes to make it in the National Football League.” 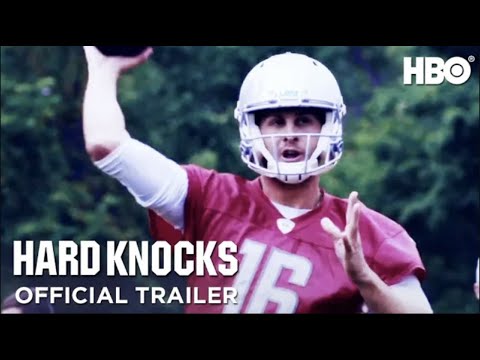 The press release further continued: “The five-episode season debuts Tuesday, August 9 with additional hour-long episodes debuting subsequent Tuesdays at the same time, culminating in the September 6 season finale. The first sports-based reality series, and one of the fastest-turnaround programs on TV, will debut on HBO and be available to stream on HBO Max.”

“Hard Knocks: Training Camp with the Detroit Lions will mark the 17th edition of the 18-time Sports Emmy-winning series and the most acclaimed serialized sports series on television. HBO has aired 82 memorable episodes and one-anniversary special in its first 16 seasons.”

“Camera crews will head to the Lions’ training camp in Allen Park, Michigan in the next few months to begin filming. The action will heat up in August when the cinema verité show focuses on the daily lives and routines of players and coaches. “Hard Knocks: Training Camp with the Detroit Lions” will chronicle head coach Dan Campbell entering his second season leading the team and an intriguing mix of young emerging stars, established veterans, free agent additions, and highly regarded rookie hopefuls throughout training camp and the preseason.”

“A 30-person NFL Films crew will be at Lions’ training camp in Allen Park, shooting more than 1,750 hours of footage over the course of the series. Camera and sound crews will have unencumbered access to players and coaches’ meeting rooms, training rooms, living quarters, and practice fields.”

Liev Schreiber will narrate “Hard Knocks: Training Camp with the Detroit Lions” and it will be his sixteenth season.

In a statement, Ken Rodgers, the Vice President and Senior Coordinating Producer of NFL Films, said “As ‘Hard Knocks’ enters its third decade inside NFL training camps, we are both thrilled and thankful for the opportunity to feature a historic franchise like the Lions,” adding “The city, the culture and the coaching staff in Detroit all have an exciting energy that will make the show must-watch television this summer.”

“Hard Knocks” is set to drop two seasons this year among which “Hard Knocks: Training Camp with the Detroit Lions” is the first one whereas “Hard Knocks in Season: The Arizona Cardinals,” is the second season airs during the regular season this year.

“Hard Knocks: Training Camp with the Detroit Lions” premieres Tuesdays at 10 p.m. on HBO. We will keep you updated with more such information until then keep a watch on our website.