On Tuesday, 10 May 2022, the satire website The Babylon Bee published an article on a new “pregnant Ken doll,” which a number of users on Twitter appear to have taken seriously. Is this for real?

As part of the celebrations for Pride Month, the toy company Mattel has introduced its very first pregnant man doll: Pregnant Ken. You may have a lot of different kinds of fun with the Ken doll which is obviously a male and his pregnant belly.

Toy manufacturer Mattel, Inc. has not disclosed whether or not it plans to include a pregnant Ken doll in the subsequent release of its Barbie and Ken line of products.

The image that is going around online that shows what seems like a pregnant male doll originated from a satirical website called Babylon Bee. Despite the fact that the image and claim led many people online to believe that it was real, the image is still going around.

So, Rumors about the Ken doll are true? 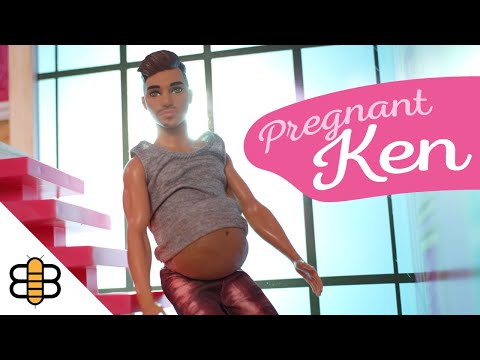 No, Mattel’s “pregnant Ken doll” is not real.

The satirical website The Babylon Bee posted an item on a “new pregnant Ken doll,” which was reported from El Segundo, California, the actual headquarters of the American toy and entertainment business Mattel.

The story says, “Mattel announced the launch of a new Barbie-themed toy: a pregnant Ken doll, this morning.”

“The action has been praised as an encouraging step forward for trans inclusivity,” the article says.

The author refers to “Mattel executive Andrew Schiewe” in this post, however, Ynon Kreiz is actually the chairman and chief executive of the company. He took over in 2018. It would appear that Andrew Schiewe is a fictitious name created entirely from scratch.

“Everyone needs to see themselves in their toys,” stated the Bee’s created executive from Mattel.

“For far too long, pregnant males have been kept out of the conversation. This will no longer be the case as of today. We are excited to announce that Pregnant Ken will be available sometime this summer!

Following Schiewe’s statement, journalists from The Washington Post and The Atlantic required some time to compose themselves, according to a spoof story published by the Bee.

The Bee goes on to say, “Paternity pants, ginger gum for morning sickness, and even postpartum lotion are all sold separately.” “We stress that Ken needs all-around care during his pregnancy, even during the “4th trimester,” when he needs extra help getting used to his new role as a person who gives birth.

In 2008, Thomas Beatie became famous for being the first man in history to get pregnant. He had a girl, as you might expect. Beatie was born a woman, so he is a trans man. When she gave birth, he was 34.

Last year, when TODAY found him, he was “living a relatively quiet life with his wife and children.”

Some people seem to have been taken in by the joke.
“Your Trusted Source for Christian News Satire” is what the Babylon Bee says on its website. It puts out satirical content about religion, politics, current events, and public figures, among other things.

In 2016, Kelefa Sanneh, a writer for The New Yorker, said of The Babylon Bee that it was “basically the Onion for evangelicals.”

People react differently to the article. One person said on Twitter that they are “ashamed to still be a Dem Party member.” “Tell me that’s not true,” wrote someone else. No, it’s not.

Mattel has not yet responded to the article on Twitter or Instagram. Focus has tried to get a response from the company.