We finally have the first trailer for the highly anticipated sequel by Disney, Black Panther 2, which will hit theaters later this year.Following the terrible passing of Chadwick Bose man in August 2020, the storyline for the movie will include T’Challa’s death, as revealed in the moving trailer, which had its Comic-Con debut on July 23 as part of Marvel’s grand presentation.

The eagerly awaited MCU sequel commenced production in January 2022 and was completed in March 2022 after another week-long delay brought on by COVID. Letitia Wright needed time to heal after suffering an on-set injury, therefore the show was put on hold from November 2021 until January 2022.

The sequel’s name, Black Panther: Wakanda Forever, was officially announced in May 2021. After a couple of delays to its original May 2022 release, the sequel is set to hit cinemas in November 2022, and everything seems on track for that.

The production team was determined to honor Boseman in every way possible. In May 2022, Wright remarked, “We honored him by devoting ourselves to the story that he started, the legacy that he started with this franchise.”

Black Panther: Wakanda Forever is now scheduled to hit theatres on November 11, 2022, rather than the original October 2021 release date. The sequel now airs in July 2023 instead of July 2022, a shift of four months. The Marvels will now air in July 2023 in its original slot.

We hope that this will be the final shift for the film, but nothing is guaranteed. As previously noted, there was a break from November 2021 to January 2022 following the start of filming in June 2021. The filming was finished in March 2022, but production resumed back up in January 2022, so maybe it will be released in November.

Sadly, Chadwick Boseman passed away from cancer in 2020. Since Marvel has made it plain that he won’t be replaced, King T’Challa won’t be played by a different actor in Wakanda Forever.However, Letitia Wright, Danai Gurira, and Lupita Nyong’o are all returned as T’Challa’s younger sister Shuri, Okoye of the Dora Milaje, and Wakandan spy Nakia, respectively. Additionally, Ryan Coogler is again in charge of the direction.

Dominique Thorne, who will soon be starring in her own Disney Plus series Ironheart, is a new addition to the roster as Riri Williams. Riri, a prodigy in Marvel comics, created her own customized Iron Man costume. The ‘I May Destroy You’ As Aneka, who in comic books serves as the Dora Milaje’s leader, Michaela Coel has also joined the cast. In some sort of combat, she can be seen in the trailer.

Tenoch Huerta, meantime, will portray Namor, the enemy of the film and ruler of Talocan, an underwater realm, not Atlantis as in the comics. For the time being, it is unclear why Namor chooses to fight Wakanda. But Michael B. Jordan is another individual who most likely isn’t present. He previously estimated that the likelihood of a Killmonger return was only two out of ten.

Potential spoilers regarding who’s wearing the suit in the upcoming Black Panther movie!

Who is wearing the Black Panther outfit in the follow-up is a big mystery. The focus shifted to finding a replacement for Boseman after Marvel stated that recasting T’Challa was not an option. The identity of the person wearing the costume in Wakanda Forever may have been revealed via a new Lego kit, of all things. Potential Black Panther 2 spoilers will follow.

There will be three new Lego sets launched in October, according to the fan website The Brick Fan(opens in new tab). One of these has Shuri donning what appears to be the Black Panther outfit, complete with the gold embellishments we saw on the suit in the trailer. Riri Williams/Ironheart, Nakia, and the villain Attuma are all included in the Shuri’s Sunbird set, which also includes Shuri in the suit.

Since Shuri is seen wearing the costume alongside Lupita Nyong’o’s Nakia, who was expected to take over as the next Black Panther, it appears that T’Challa’s brilliant sister is the new Black Panther.

Considering the movie’s release date of just a few months from now, we don’t know remarkably little about the Black Panther: Wakanda Forever story. There are hints regarding the direction the sequel will go thanks to the trailer, though. First of all, Queen Ramonda ascended to the throne while King T’Challa’s kingdom is in grief.

As someone else is donning the Black Panther outfit, T’Challa’s superhero reputation continues. The underwater nation of Talocan, controlled by Namor and based on the fabled Aztec paradise Tlcn but altered from the Atlantis of the comics, conflicts with Wakanda. Again, it’s unclear why that may be the case, although it’s conceivable that the armed militia we see in the teaser plays a role.

The comics have already shown the conflict between Wakanda and Atlantis, thus the movie may draw its ideas from earlier plots. A formal synopsis of the movie is available as well: “Queen Ramonda (Angela Bassett), Shuri (Letitia Wright), M’Baku (Winston Duke), Okoye (Danai Gurira), and the Dora Milaje (including Florence Kasumba) fight to defend their country from interfering world powers in Marvel Studios’ Black Panther: Wakanda Forever.

With the aid of Everett Ross (Martin Freeman) and War Dog Nakia (Lupita Nyong’o), the heroes must come together to pave a new route for the Wakandan people as they attempt to embrace their next chapter.”

Wakanda will purportedly be explored as it opens up to the outside world after decades of thriving in secrecy. Tenoch Huerta (Narcos: Mexico), who plays Namor the Sub-Mariner, the ruler of the Lost City of Atlantis, in the upcoming film Black Panther: Wakanda Forever, will play Namor the Sub-Mariner. The film will follow Wakanda as it mourns the loss of King T’Challa and defends itself from attacks from underwater.

The movie will center on Namor’s search for the rare metal vibranium, which is only found in Wakanda, according to a narrative summary shared by the gossip website We Got This Covered. After years of peace, that might cause the two kingdoms to go to war, which would cause turmoil both above and below the river.

The Black Panther: Wakanda Forever teaser, which was unveiled on July 23, debuted at Comic-Con.

Check it out below 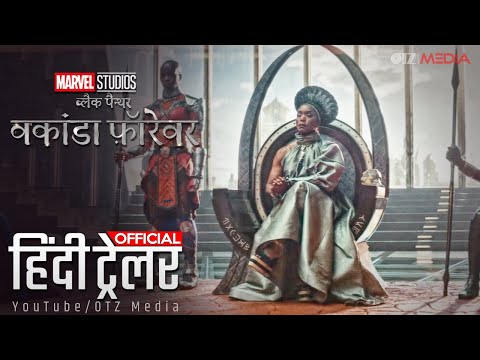 I rewatched the movie because I was wondering if Killmonger could replace T’chala as the black panther. When he says, “just bury me at the ocean, with my ancestors that jumped from ships, cuz they knew death was better than bondage,” it makes more sense. At the time, it just flew over my head, but it’s oddly specific; I mean, I’m no expert in Afro-American studies, but jumping from slave ships was

My dream scenario is that Killmonguer gets taken by Namor, who would “correct” him before transforming him into the black panther. What are your thoughts on that last line? the ocean’s edge, bury me?