The spoilers for Disenchantment part four are here. After the conclusion of Disenchantment part four, fans of Matt Groening’s fantasy cartoon will eagerly await the arrival of a fifth season on Netflix. Since there have been so many cliffhangers so far, we’re not sure whether or not Dreamland will be returning for part five, but given the number of cliffhangers that have already been left, we shouldn’t be too shocked.

Part five of Disenchantment is shaping up to be the most revelatory yet, with lots of loose ends to tie up, puzzles to unravel, and several of the series’ major characters once again finding themselves in tricky circumstances.

Even though part four left us with more questions than answers, the unresolved plotlines have effectively set the stage for part five. After conquering an evil dream version of herself (by gruesomely decapitating her, no less), Bean was tossed into the water by her mother Dagmar in the fourth episode. Mora, her mermaid love interest, looks to have saved Bean again. It appears like Bean’s friendship with this strange fish woman and Dagmar’s continuous struggle will get a closer look in part 5.

As previously hinted at in Part 4, we can certainly expect to discover more about Bean’s mysterious new abilities in this episode. One episode showed her cure her father Zg’s arm by waving her hand over it, and in the finale, she learned how to shoot lightning from her fingers like an experienced Sith Lord. We think she’ll soon be able to accomplish this in the real world, too, despite the fact that she appears to be able to do this solely in her dreams.

In other news, King Zg is again on the lam after he honked his way out of the mad institution the first time. Ursula the bear lady, Jasper, their lovechild, Derek, Freckles the talking puppet, and Oval have all been kidnapped and are now being held captive at a freak show in Steam land.

Finally, the enigma surrounding the Elves, Trogs, and Sea Trogs is beginning to take shape. They are all one species, and Dreamland was once their magical country, it turns out. After the human invasion, the Elves were compelled to split into Trogs and Sea Trogs after swallowing the Sacred Goo — a priceless substance that, at some point, will supposedly grant power to the “Savior”.

Part five is sure to deepen the mystery and perhaps even disclose the savior’s name. (Isn’t that Elfo?)
Note that this program appears to be nearing its end, suggesting it won’t be as long-lived as some of Groening’s other classic works, like The Simpsons and Futurama.

Every stage of the writing process has this aim in mind (which will be reached at the end of Enchantment’s sixth season).

Because of the serialized art element, it’s a lot deeper, more involved process than we went through on The Simpsons or Futurama, said showrunner Josh Weinstein to Skwigly. Before we even begin working with the writers, Matt and I plan out the season’s storyline and characters, and then we meet with them and pitch each episode to them.” As a result, each episode is presented to the whole writing staff at once.

After that, it’s customary to have a tale pass and a joke pass. As a result, we’ll pitch it out with the writers first to make sure the story is sound and come up with any new developments or twists, then the writers will usually go off in smaller groups just to do a joke pass and collect as many good jokes as they can in a day, and then they’ll go off and spend about two weeks writing a draught of the script. 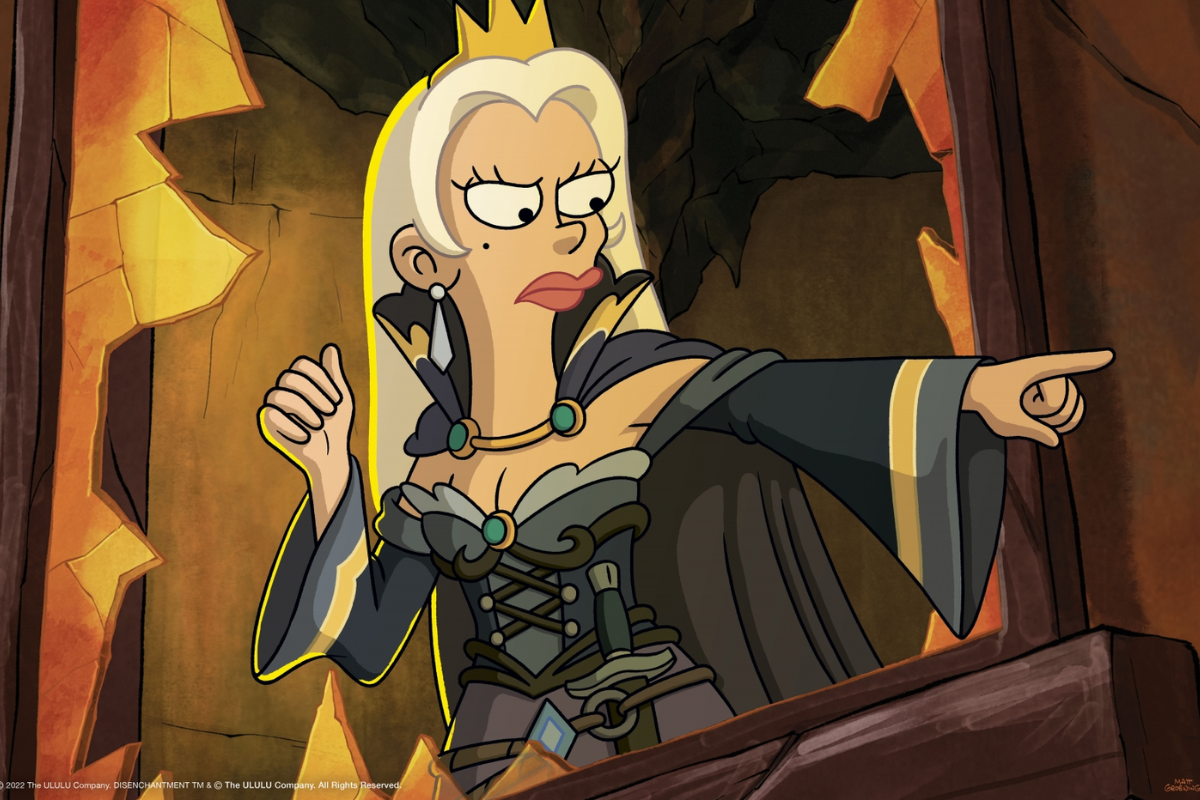 To finish the first draught, they’ll do a final-final first draught with my remarks. As a result, and due to the show’s serialized nature, Matt and I each read the script before it is recorded.

Matt and I have a much larger idea of what’s going to happen, and even if the writers are excellent, there’s still a lot of work that has to be done. There’s just no way.” This means that before a script is recorded, we’ll give it one more run through the editing process with the authors to tighten up any last-minute jokes or punchlines.

As soon as we started, Matt and I were already thinking about the conclusion and the different phases that would lead to it. We plan in the same way that Alex Hirsch planned Gravity Falls; we have a good idea of where the main characters and story points are going to end up. However, as we’re writing, we’ll run into a variety of issues.

‘We’re uncovering new things all the time, things that fit in with our existing canon.’ I’d guess that parts four through six will be the end and tie things up and bring everything to a finish.”

Everyone from the original cast will be returning to voice their characters if there is a revival of the program.

Matt Berry, who played Prince Merkimer the Pig in part four, is expected to reprise his role, as is Richard Ayoade, who played Alva Gunderson, the creator of Steam land.

Bean, a 19-year-old princess who lives in the famous country of Dreamland, is the story’s central character. Her mother’s maiden name, Princess Tiabeanie Mariabeanie de la Rochambeau Grunkwitz, gives her the full title of Princess.

Her abrasive nature also propels her into a series of remarkable journeys. Her father, her interests, and her relationships with others cause her concern. Luci, Princess Bean’s very own evil guy, follows.

Elves from the fabled nation of Elfwood, an 18-year-old half-elf with an unshakeable optimism, are also renowned for their liking for sugar.

In addition to being a member of the Royal House of Grunkwitz, King Zg of Dreamland is Bean’s father. He’s easily bored and frequently gets into mischief.On the other hand, he means well. Zg’s second wife, Queen Oona, is a weird humanoid creature resembling a Frok from Dankmire who was compelled to marry impoverished Zg to make an alliance.

Bonnie Prince Derek, Bean’s half-brother, was born as a result of the connection. Then, while on his way to marry Princess Bean, Prince Merkiker, a citizen of Bentwood, was converted into a pig by an evil witch. According to folklore, Odval is a three-eyed prime minister. Bean’s biological mother is Queen Dagmar. Attempting to have Bean transported to the Underworld to settle a debt she owed King Zg, she revealed how cruel and nasty she truly is.

So we may not have to wait long to get a trailer for the new Netflix series. In terms of a complete trailer, it usually happens a month before the series premieres. 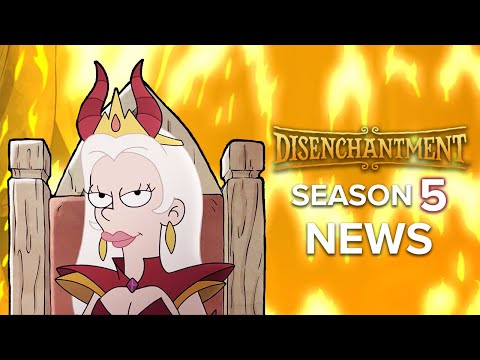 While you wait for a savior, keep sipping the Sacred Goo and saying your prayers.

On Netflix, you may watch Disenchantment.

Even while Netflix hasn’t made an official statement on the show’s renewal just yet, we can certainly expect an announcement in the next few months now that part four has been completed.

Part three will be released in January 2021, and part four will be released in early February 2022, with an average interval of around a year between each run of episodes. Assuming that’s accurate, we may expect the program to return in the early part of 2023 at the earliest. Keep an eye on this page for any new information on the release date of part five.

When will the new trailer for Disenchantment: Part 5 be available?

Relax please, There’s no trailer for the upcoming fifth installment.