DJ Khaled announces the release date for his new album, “GOD DID,” and the first single with Drake and Lil Baby.

DJ Khaled announced the name of his 13th album on Wednesday, July 6. He said that it will be called God Did and that it will be released “soon” by We The Best Music Group/Epic Records. There were a lot of social media posts about the collection’s release, like pictures of Drake in the studio and a slow-motion clip about Khaled’s rise to fame. There were also pictures of his kids playing on the beach and what sounds like a preview of the album’s gospel-influenced title track. Continue reading to know more about Dj Khaled and his new album.

Who Is DJ Khaled?

Khaled was born in New Orleans, Louisiana, on November 26, 1975. His parents were Palestinians who had moved to the United States. Alec Ledd, whose stage name is Alaa Khaled, is his brother.

Khaled’s parents were both musicians who played Arabic music. When he was young, he became interested in rap and soul music, which his parents encouraged. He worked at a record store called Merry-Go-Round, which helped him start his career in music.

At the beginning of his career, Khaled met and helped a number of young artists, like Birdman, Lil Wayne, and Mavado, before they became famous. One of his first jobs was at the record store Odyssey in New Orleans. That’s where he met Birdman and Lil Wayne in 1993.
Asahd Tuck Khaled, Khaled’s son with his wife Nicole Tuck, was born on October 23, 2016. Khaled became famous all over the country after he live-streamed the birth on his Snapchat account. Their second son, Aalam Tuck Khaled, was born on January 20, 2020.

Khaled bought Robbie Williams‘s old house in Mulholland Estates, a gated neighborhood in Los Angeles, California, in January 2017. Khaled spent $25.9 million on a house on the water in Miami in 2018.

DJ Khaled has announced the release date for his upcoming album, which goes by the title GOD DID, and has also shared the first single off the album. 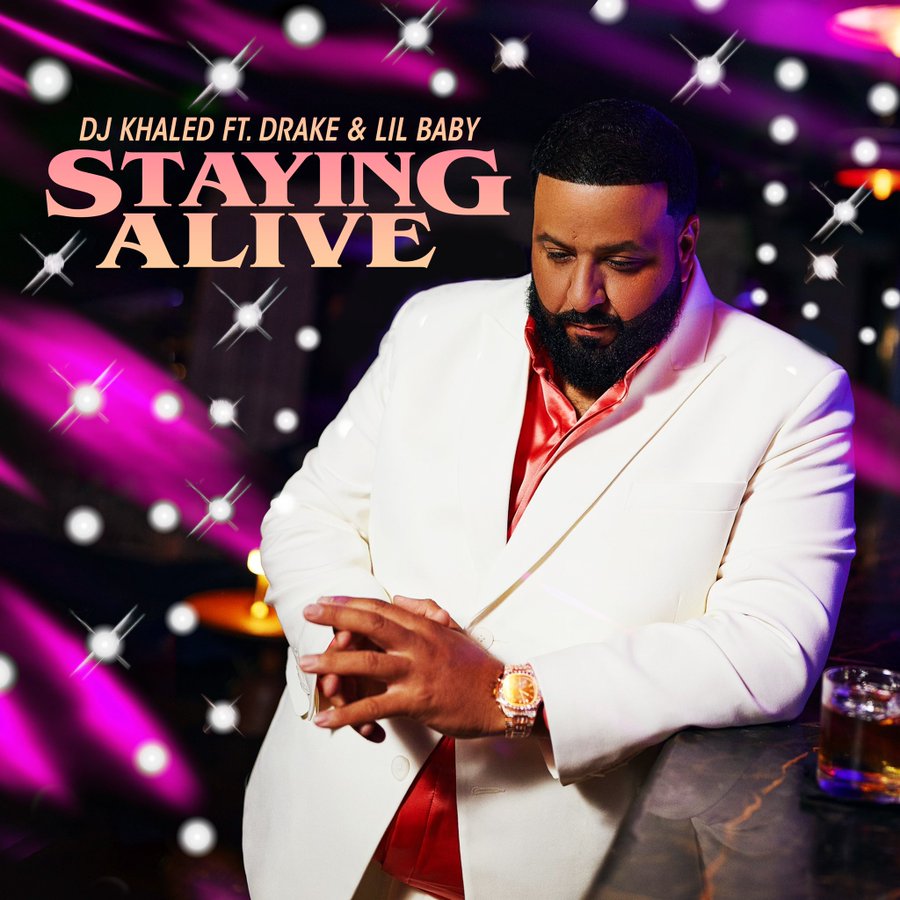 The album GOD DID is scheduled to be released on August 26 via We The Best Music Group/Epic Records. The album’s debut track, “Staying Alive,” will be released on August 5 and will feature contributions from Drake and Lil Baby. The new track will continue Khaled and Drizzy’s collaboration, which has already resulted in the release of the multi-platinum singles “POPSTAR” and “For Free,” the platinum single “GREECE,” and the gold-certified singles “To The Max,” “I’m On One,” and “No New Friends,” both of which feature Rick Ross and Lil Wayne, respectively. At the same time, Khaled and Lil Baby are extending their creative work together after the success of “Every Chance I Get” with Lil Durk and the platinum cut “You Stay” with Meek Mill and J Balvin. Both of these songs have been certified multiple times platinum.

On Instagram one week before the official announcement, Khaled posted a teaser for the upcoming duet. “Are you a believer? Or do you need me to keep demonstrating it to you? I can demonstrate to you more clearly than I can explain it to you,” he stated. “Succeed with us. Or you can watch us prevail. That #GODDID!”