Helluva Boss is a web show from the United States. It’s an animated web show for adults. There are black comedies, musicals, and crime stories in the series Helluva Boss.

People have had a lot of good things to say about the show Helluva Boss. IMDb gave it 8.3 out of 10 points. Let’s find out everything we can about the second season of Helluva Boss.

Blitz’s story is followed in the television show Helluva Boss. Blitz, a typical demon imp, teams up with his weapons expert Moxxie, his receptionist hellhound Loona, and his bruiser Millie to launch his own tiny assassination business.

They work together to survive each other while operating a company in hell. Vivienne Medrano is the author of the television series Helluva Boss.

Helluva Boss Season 2: Where To Watch

On YouTube, the show Helluva Boss has debuted. There are a total of eight episodes in the first season of the television show Helluva Boss, with titles like Murder Family, Loo Loo Land, Spring Broken, C.H.E.R.U.B., The Harvest Moon Festival, Truth Seekers, etc. 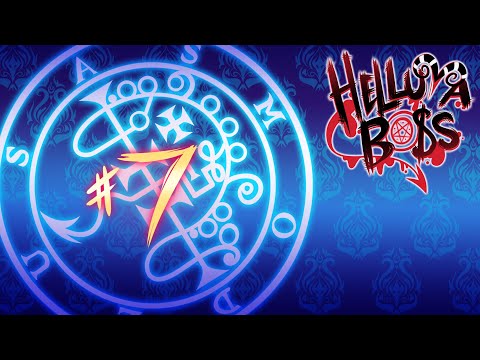 The production of the second season of the television show Helluva Boss has not been announced. If there are any updates, we’ll post them here.

The D.H.O.R.K.S. group, which has been keeping an eye on all the actions of I.M.P. on Earth, captured Moxxie and Blitzo in a recent episode of the first season of the television series Helluva Boss.

Later, the agents deploy truth gas on Moxxie and Blitzo while they question them and take them to a secure location.

However, this makes people have hallucinations related to their own problems. When the truth gas eventually wears off, they then go on to make up for their differences with one another.

In order to save Moxxie and Blitzo, Loona and Millie break into the building and battle D.H.O.R.K.S. agents at the same time.

We saw Stolas was trending today for reasons… we can't wait for you to see more of him July 30th #HelluvaBoss pic.twitter.com/aWAHL58xU6

Once the demons have reassembled, they must battle the remaining agents as well; however, when they attempt to kill most of them, Agents 1 and 2 trap and hold them at gunpoint. Stolas saves I.M.P. and then takes over Agent 2 and forces the deceased agents to summon him, which causes the demons to return to Hell.

Despite being horrified by what happened, Agents 1 and 2 attempts to document the bloodshed that took place inside the facility and now have enough proof to persuade their superiors that demons are real.

We will update this page if we learn of any changes to the second season’s episode count for the television show Helluva Boss. Therefore, be sure to visit our page frequently.