My Hero Ultra Rumble: My Hero Ultra Rumble is a battle royale game. It was developed by Bandai Namco Entertainment. This game will be launched on Xbox One, PS4, Steam, and Nintendo Switch. It has Academia series characters as players including heroes and Villains. Each player has different abilities and powers to fight with the enemy players.

Fans are excited to know about the My Hero Ultra Rumble release date, trailer,  and gameplay which are going to discuss further in the article. Stay tuned with us to know more.

Will My Hero Ultra Rumble be available free to play?

It will be available for free-to-play and enjoy with a 24-player battle royale which was based on the My Hero Academia universe. This is announced by the Game production company Bandai Namco at the starting of 2022.  It will be launched on Nintendo Switch and multiple other platforms in Japan.

Are you ready to go PLUS ULTRA as your favorite Hero or cause ultimate chaos as your favorite Villain? It’s all possible in #MYHEROULTRARUMBLE – a 24 player Battle Royale set in the My Hero Universe!

What is My Hero Ultra Rumble release date?

During the anime expo, this game has confirmed to launch in western countries. The company has started pre-registrations for the Closed Beta on PlayStation 4. A new trailer has been released and displayed some game graphics images as well as the gameplay
A closed beta on PS4 lasted from February 2nd to 6th 2022 in Japan. This was followed by a closed beta in America from August 17th to 21st. Finally, the video game is to be launched in 2022 but the reading date is not released.

What is the gameplay of My Hero Ultra Rumble?

The game will be featured with a total of 24 players. All players will be distributed into eight teams and each team contains three players. Every player has his own fighting skill, actions, and powers. The distribution system will ensure that each team has players with balanced powers. This game will be featured more advanced graphics and an amazing citywide map, Bandai Namco has given its best to entertain the users.

The gamer has the option to choose a player and zone where he can select the mode of playing the game. The area of the game regularly decreases and being outside the safe zone results in death.

We have to find the appropriate cards in this video game and we got a chance to enhance the ability of the players and will be more strong than the other team. These cards will not be for self-use and can be gifted to team members. Additionally, we can get other facilities like increasing fight capacity of plate and health recovering points. 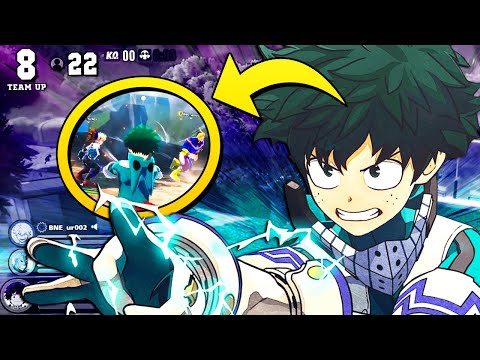 Is any trailer for My Hero Ultra Rumble?

My Hero Ultra Rumble is announced to release, still, it is not available t play. So, we can enjoy and refresh our minds before the launch of this game by clicking the below video. 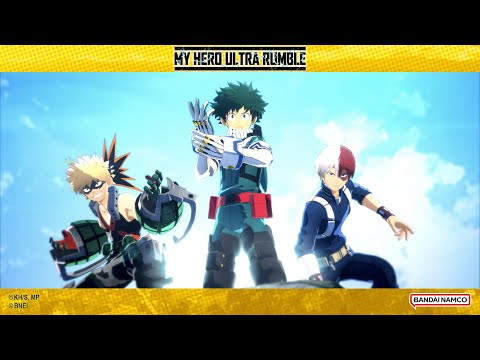 What Fan’s think about My Hero Ultra Rumble?

Billimon: Can’t wait to play this game when it launches. Would love to play the Beta also, but it’s locked to PS4/PS5 users so I’m out of luck.
Zen The Nerd Gamer: So basically it’s One’s Justice but battle royale?? I mean it’s cool, not was I was expecting but that’s cool. It’s like Black Clover: Quartet Knights. Tho I was hoping for more of a Kakarot-style MHA still not bad. Looks pretty fun ngl
Dear readers, if you have any suggestions or queries can ask by leaving a comment in our comment section. Stay tuned with us for further updates.