The Handmaid’s Tale’ is a dystopian TV series that is inspired by the 1985 novel of the same name written by Margaret Atwood. The series first aired on April 26, 2017, and ended on June 14, 2017, with a total of ten episodes. The series received mostly good reviews and has an IMDB rating of 8.4 out of 10 and 83% on Rotten Tomatoes.

The fourth season of the series aired on April 27, 2021, and ended on June 16, 2021, with a total of ten episodes. The fans of the series have been waiting for The Handmaid’s Tale Season 5 and we have brought everything we know so far about it.

Is the Handmaid’s Tale Renewed for Season 5?

Here’s the good news, we don’t need to wait much for season 5 of The Handmaid’s Tale. Hulu announced the renewal of the series for a fifth season even before the premiere of the fourth season. The filming for season 5 of the series started in Toronto in February 2022 and is supposed to wrap up in July 2022.

On June 13, 2022, the first look of the series came out with the announcement of its premiere date. The Handmaid’s Tale Season 5 will start airing on Hulu on September 14, 2022, with episodes premiering on a weekly basis.

Currently, there is no announcement of a release date for the United Kingdom, however, it is supposed to air on Channel 4 soon after. 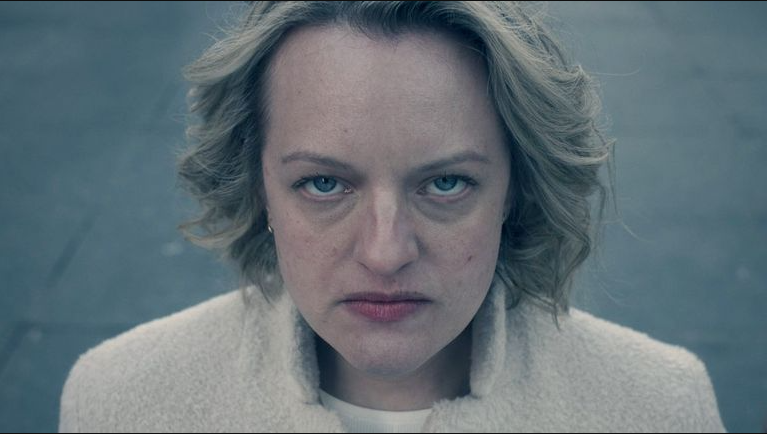 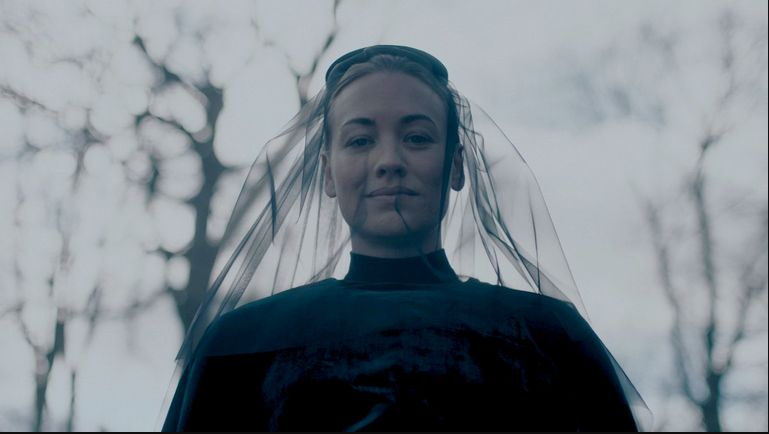 In the new images, June can be seen decked up in white looking up, whilst in contrast, Serena who is seen wearing a black veil was looking down and smiling.

In the Season 4 finale, we saw June and her fellow former Handmaids kill Commander Fred Waterford. They delivered his finger to his wife Serena, who was given freedom in Canada.

Recently, Elisabeth Moss, who portrays the character June, gave an indication of what we can expect from season 5 of The Handmaid’s Tale.

Elisabeth said “I will say that the season itself is possibly one of the wilder rides that we’ve had,” adding further “Some seasons a lot happens, some seasons not as much happens. This season, I almost can’t keep up.”

“And it’s not lip service. I truly mean I almost can’t keep up with the amount of activity that’s happening” she continued.

She further said: “So that’s been exciting, and it’s been challenging of course, because it means we’re working really hard, and we’re on location a lot. But never a dull moment is the way I would say it.”

We won’t see Emily in the new season as Alexis Bledel confirmed her exit from the series.

She said “After much thought, I felt I had to step away from The Handmaid’s Tale at this time,” added further “I am forever grateful to Bruce Miller for writing such truthful and resonant scenes for Emily, and to Hulu, MGM, the cast and crew for their support.”

What Happened in the Handmaid Season 4?

In the Season 4 finale, Moss’ June induced Commander Waterford, aka her rapist, into the demilitarized zone between Gilead and Canada. Later, she and her fellow former handmaid’s panel followed him through the woods and murdered him.

June got back home just to say goodbye to her husband and little daughter; at a detention center, Serena uncovered a strange package in which she found Joe’s finger and wedding ring inside.

As per the official logline, in the new episodes: “June faces consequences for killing Commander Waterford while struggling to redefine her identity and purpose.

The widowed Serena attempts to raise her profile in Toronto as Gilead’s influence creeps into Canada. Commander Lawrence works with Aunt Lydia as he tries to reform Gilead and rise in power. June, Luke, and Moira fight Gilead from a distance as they continue their mission to save and reunite with Hannah.”