On April 24, 2020, Extraction was dropped on Netflix and performed quite well however, it received mixed receptions for its story but the action sequences and performances were praised. The film became the most-watched original film in the history of Netflix. It has an IMDB rating of 6.7 out of 10 and 67% on Rotten a Tomatoes.

Fans have been waiting eagerly to know about the sequel of Extraction and here’s what we know about it so far.

Is the Sequel of Extraction Confirmed?

In May 2020, the writer Joe Russo confirmed the sequel in an interview with Deadline. He said “The deal is closed for me to write Extraction 2, and we are in the formative stages of what the story can be,” adding further “We’re not committing yet to whether that story goes forward, or backward in time. We left a big loose ending that leaves question marks for the audience.”

Coming to the storyline, the director of the film, Sam Hargrave had earlier said that there were discussions going on regarding different storylines but they had not made their decision by then.

He said “We’re just waiting to see what happens, and to see how the appetite is for these characters and for this film,” adding further “And then we’ll make our decision. But there definitely have been discussions of broadening this world, for sure.”

The sequel of the film was originally slated to be shot in Sydney, Australia but as we know the outbreak of the coronavirus pandemic imposed a lot of restrictions leading production to move to Prague, Czech Republic.

The actor Chris Hemsworth took to his Instagram handle confirming that the shooting would start in late November 2021. The filming is wrapped up as of March 19, 2022, and as of now, it is under post-production. 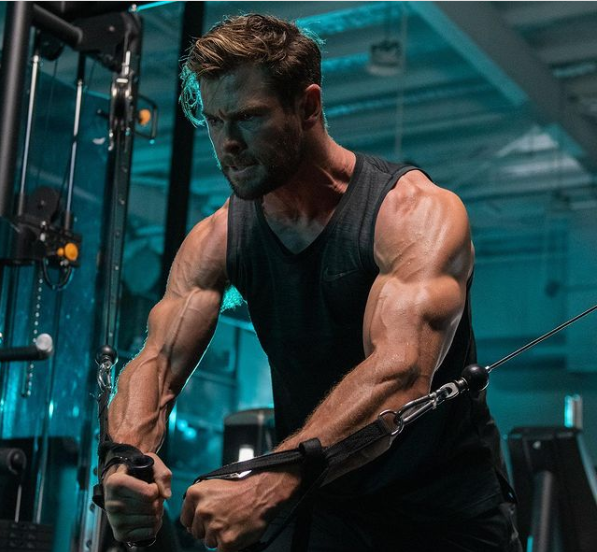 Though the release date has not been shared yet, considering that the filming for the sequel is completed, we can expect it to release before the end of this year.

We know that Chris Hemsworth would be seen once again portraying the character of Tyler Rake. Apart from him, we can see the names below in Extraction 2.

Following hardly enduring the severe injuries that cause as a result of his mission in Dhaka, Bangladesh, Tyler Rake is back, with his team and all set to face off their next mission.

They have been given the task of pulling out a family who is under the control of a Georgian gangster, Tyler sneaks into one of the deadliest prisons in the world to rescue them.

However, as the extraction becomes intense, and in the heat of battle, the gangster loses their life, and his cruel brother traces Rake and his team to Sydney, to take revenge.