In/Spectre is a Japanese anime television series based on the Japanese novel of the same name written by Kyo Shirodaira. The first season of the series premiered on January 11, 2020, and ended on March 28, 2020, with a total of 12 episodes.

The series was renewed for its second season on November 26, 2020. The details about the second season of the supernatural and mysterious anime series In/Spectre have been revealed via Twitter.

What Is the Release Date of in/spectre Season 2?

The anime series is scheduled to release in October this year.

Furthermore, the introductions of new cast members have also been revealed as well.

Who Is Joining the Cast of in/spectre Season 2 and Is There Any First Glimpse of Them?

The pictures of new characters have also been disclosed and the names are Yuki Onna (Snow Woman) and Masayuki Muroi. Apart from them, the picture also features the lead characters Kotoko Iwanaga and Yuki Onna. In that picture, the lead protagonist holds her hand out to get a snowflake.

Yuki-Onna and Masayuki Muroi are the new characters and Yuki Aoi will give her voice to the character of Yuki-Onna, who was acquainted with ‘Puella Magi Madoka Magica’ as Madoka Kaname.

Makoto Furukawa will dub the character Masayuki Muroi. The voice actor was well-known for the character of Saitama in ‘One Punch Man’.

Yuki Onna’s role is a snow woman. Her image that has been shared is very charming. She puts on a traditional Japanese Kimono. As per the character’s description, she puts on casual attire as well and hangs around acting as if she is a human.

On snowy mountains, she is the one who saves Masayuki Muroi. She meets Masayuki Muroi again after 11 long years. Following that, she starts to visit him frequently. 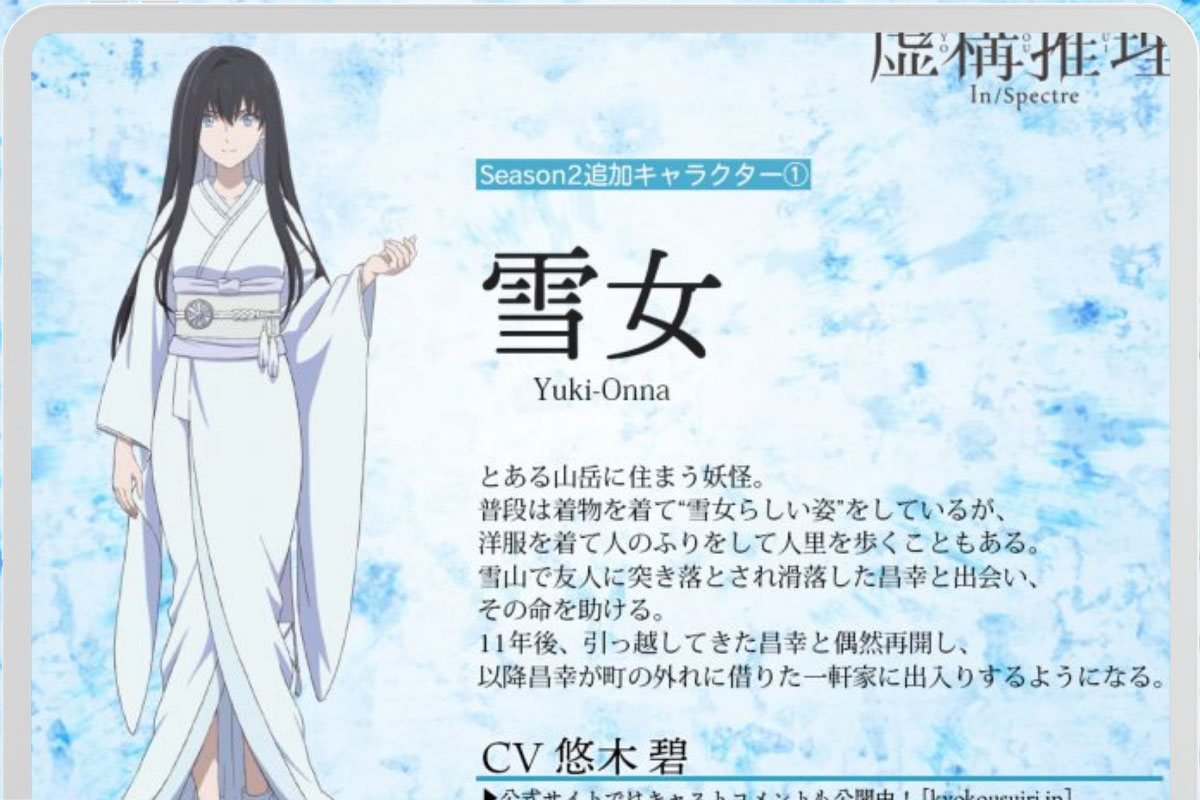 Masayuki Muroi is the kind of character who is surrounded by dishonest people. His friends attempt to murder him. Though he was saved by a snow woman.

The 32-year-old man got married when he was 29 years old and led a beautiful life for a period of time but the couple later parted their ways because of his wife’s affair. 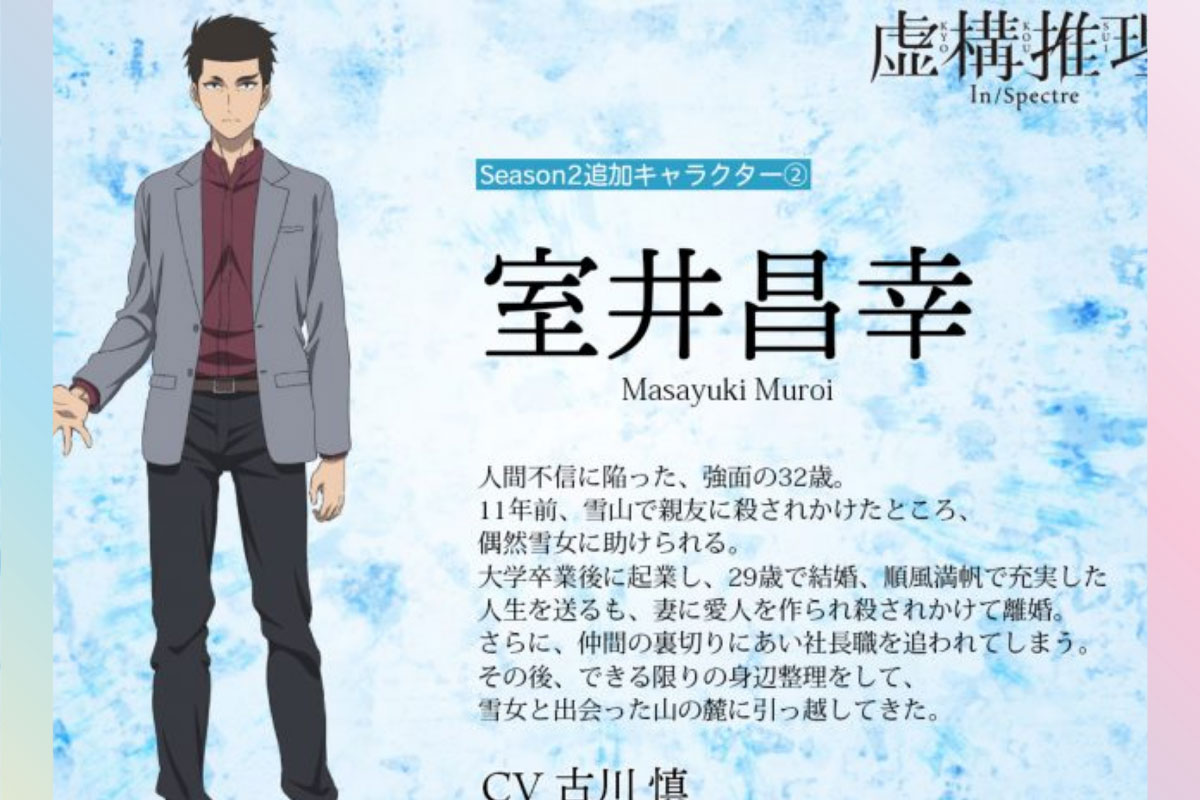 The second season of the beloved anime series will be available to watch on Crunchyroll.

With the first glimpse of the new characters that will be seen in the second season, it seems like it’s going to be really amazing. Stay tuned to our website to get all the latest information.