Danny Glover’s net worth and pay for ‘Lethal Weapon 4’ are both very high.

For every A-list Hollywood actor, countless others rarely receive the respect they deserve. Consider Danny Glover. From 1979 through the 2020s, the actor appeared in dozens of films.

Despite his parts in iconic films such as Steven Spielberg’s The Color Purple, he has frequently been cast as a supporting character. However, how much is Glover truly worth? Let us examine this more closely. 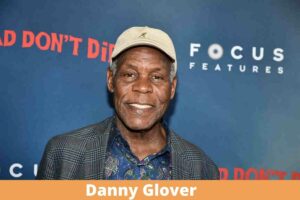 Before diving into the financial side of things, it’s critical to acknowledge Glover’s contribution to cinema. Most moviegoers are probably most familiar with him from the Lethal Weapon series.

However, he has portrayed various roles and experimented with nearly every genre throughout his career. Nonetheless, it took the Academy of Motion Picture Arts and Sciences until 2022 to recognize Glover as an Oscar-winning star.

On Jan. 15, 2022, during the academy’s 12th Governors Awards, the actor received the Jean Hersholt Humanitarian Award.

According to the Oscars website, the award is given “to a professional in the motion picture arts and sciences whose humanitarian actions have reflected well on the industry.”

Glover was given the prize for his “decades-long campaign for justice and human rights,” which “reflects his commitment to recognizing our shared humanity on and off the screen,” academy president David Rubin wrote in a recent statement. Tyler Perry, Geena Davis, and Debbie Reynolds have previously received this honor.

How much is Danny Glover’s net worth?

With all of his work in the industry, fans may wonder if Glover’s net worth is commensurate with his achievements. While that is subjective, Celebrity Net Worth estimates the actor’s current net worth to be $40 million.

This, without a doubt, stems not only from Glover’s acting but also from his producing and directing efforts. For the record, Glover’s biggest box office success to date is Jumanji: The Next Level, which was released in 2019.

Although Glover’s net worth is substantial, it pales compared to Mel Gibson, his Lethal Weapon co-star. Gibson’s current net worth is estimated to be $425 million by Celebrity Net Worth.

Of course, he spent most of his career as an A-list leading man, whereas Glover has rarely carried films of comparable size. Additionally, Gibson is an Academy Award-winning filmmaker, having directed The Passion of the Christ, Braveheart, and Hacksaw Ridge.

How much money did he earn for his role in ‘Lethal Weapon 4’?

That film — for which Gibson reportedly earned $25 million — is one of Glover’s most profitable.

Also check: Bad Bunny won 6 awards at the Premio Lo Nuestro, which is the top prize at the event.

Thus, fans should not be surprised that both actors will reprise their roles in the upcoming Lethal Weapon 5. Following the death of original filmmaker Richard Donner, Gibson talks to helm the new picture in tribute to his late buddy.

Previous article
Sean Penn Net Worth: What is his net worth as an actor and activist?
Next article
Roman Abramovich’s current net worth comes during a huge Chelsea stewardship announcement.