Sean Penn is now filming a documentary about Russia’s invasion of Ukraine, Vice Studios revealed. The Academy Award-winning actor attended a press conference Thursday in Ukraine’s capital of Kyiv, where he listened to government leaders discuss the conflict.

Penn last visited Ukraine in November 2021, where he began his documentary preparations by meeting with the country’s military members. The Ukrainian Joint Forces Operation Press Service provided photos of Penn’s November tour at the time. 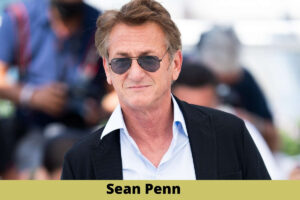 “The filmmaker traveled specifically to Kyiv to document all of the current events in Ukraine and to inform the world about Russia’s invasion of our nation,” the statement’s translation reads.

‘Sean Penn is one of the many supporters of Ukraine in the country today. Our country is indebted to him for such an act of bravery and honesty.”

Must read: The following is an explanation of the Call the Midwife season 11 finale: Exactly what transpired in the final act?

“Sean Penn exemplifies the courage that many others, including some Western politicians, have lacked,” the statement continues. The more individuals like that — true friends of Ukraine who support the struggle for independence — the sooner we can put an end to Russia’s brutal invasion.”

Over the years, Penn has been in the epicenter of numerous anti-war and humanitarian operations.

The 2020 Discovery Plus documentary “Citizen Penn” chronicled the actor’s attempts to form the non-profit Community Organized Relief Effort, or CORE, in reaction to the 2010 Haiti earthquakes. Additionally, CORE deployed personnel to assist with COVID-19 testing and vaccination distribution around the country.