The prequel resurgence has officially begun. The Obi-Wan Kenobi Disney+ series, which is set to premiere on May 25, 2022, will not be about Mandalorians or the post-Return of the Jedi galaxy, but a return to the stars of George Lucas’ prequel trilogy, starring Ewan McGregor as Jedi Master Obi-Wan Kenobi and Hayden Christensen as Anakin Skywalker, as previously announced.

A Naboo Starfighter and The Phantom Menace’s distinctive pod race were included in Chapter 5 of The Book of Boba Fett on Disney+, demonstrating how many Star Wars fans have developed increased respect for the prequels recent years. 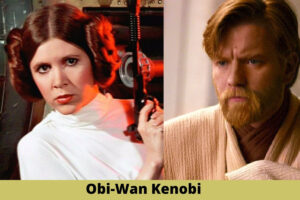 Additionally, the next show for Disney+ is expected to incorporate themes from Star Wars Rebels, such as the existence of the Jedi-hunting Inquisitors, in addition to McGregor and Christensen’s reunion and their much-anticipated “rematch of the century.”

It has since been revealed that the identities of those audiences imagined were the targets of these Dark Side assassins are inaccurate. Obi-Wan is not as much of a hermit as fans initially believed.

A plot leak involving Obi-Wan Kenobi reveals the plans for the Jedi Order.

In addition to Obi-Wan Kenobi, who survived the events of Revenge of the Sith, there is still another Jedi hiding. According to this source, he is on his mission to track down Kenobi and reestablish the Jedi Order.

Inspired by Obi-message Wan’s to the Jedi who survived Order 66, a young Jedi named Nari finally tracks down the Jedi Master on Tatooine, where he lives with his family.

However, because the Inquisitors are on the trail of Nari, his arrival on Tatooine only serves to bring attention to Obi-Wan Kenobi and put Luke Skywalker’s life in peril.

Additionally, according to this report, Rupert Friend’s Grand Inquisitor, the Fifth Brother, and Reva, the Third Sister, have arrived on Tatooine, where Reva has detected the presence of Obi-Wan.

The Grand Inquisitor rejects her claim because he cannot do so, prompting her to vent her rage on the residents of Tatooine, who have failed to supply them with information promptly.

As previously reported, Moses Ingram will likely portray Reva or the Third Sister. While Star Wars fans have already seen the Grand Inquisitor and the Fifth Brother in animation, Ingram’s Reva is a character that the general public has not yet seen before.

Finally, due to the threat posed by the Inquisitors, Joel Edgerton’s Owen is forced to flee. Lars is convinced that Kenobi will only lead them to Luke and makes every effort to return his nephew to the farm to keep him safe.

Is this the beginning of the end for Obi-Wan Kenobi’s Jedi Apprenticeship?

Many Star Wars fans assumed that the Inquisitors would be seeking Obi-Wan because of the casting of the Inquisitors; however, if Nari truly leads them to uncover Ben Kenobi, this may be why Darth Vader becomes involved.

A New Hope is also likely to be influenced by Uncle Owen’s concerns about the risk Kenobi and the Jedi pose to his nephew, which may explain Owen’s statements and negative impression of Kenobi throughout the film.

On the other hand, Nari is both intriguing and startling in that he is yet another surviving Jedi, in the same vein as Jedi: Fallen Order’s Cal Kestis and Star Wars Rebels Kanan Jarrus.

In reality, the hologram message that Obi-Wan sends to Nari is identical to that Kanan received in his Holocron during Star Wars: Rebels. Who knows what will happen? Perhaps the Inquisitors will not be the only Star Wars references fans will see in this future series?

Although Star Wars fans have indeed seen a lot of young Jedi on the run in recent years, the character of Nari is likely to force Obi-Wan to confront his own previous mistakes and losses.

Because it appears that Nari is looking for mentorship, Obi-Wan may feel uncomfortable or inadequate in light of what happened to Anakin and that his presence is currently putting Luke’s life in danger.

Obi-Wan may also be forced to confront his blind spots regarding the Jedi teachings and those of the Jedi Council, which led to Anakin’s downfall and the establishment of the Empire due to Nari’s efforts to rebuild the Jedi Order under his leadership.

Obi-Wan will have a lot on his plate if this leak is accurate before embarking on his rumored quest to rescue the young Princess Leia.