Max co-wrote the script and will executive produce, as previously reported. According to Deadline, the beloved actor is now without a deal for SEAL Team Season 6.

However, the publication notes that he may be able to handle two shows and that “there are hopeful signals that things will work out.” 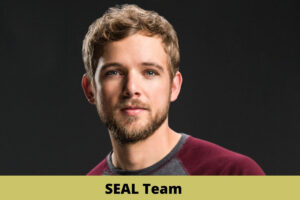 SEAL Team Season 5 ended on a cliffhanger that might easily have written Thieriot’s Clay Spenser off the show.

If you watch SEAL Squad online, you’re already aware that Clay announced his intention to quit the team following the birth of his son, Brian.

However, the contentious conclusion left every team member in peril as a result of a startling ambush. Cal Fire follows Bode Donovan, youthful criminal seeking repentance and a reduced prison sentence.

He enrolls in a firefighting program in his birthplace of Northern California. Bode and other inmates are seen collaborating with firefighters to keep the region safe from fires.

Thieriot has been a member of the SEAL Team since its inception, and its recent transition to Paramount+ was a success.

“The show’s devoted fans accompanied it to its new exclusive home, and it has established itself as a high-performing title for the service, consistently ranking among the service’s top ten most-watched original series.”

“We can’t wait for fans to see what our talented creative team has planned for Team Bravo’s upcoming season!”