Simu Liu posted on Twitter that he will be eating “salad for supper” to announce his casting in Greta Gerwig’s “Barbie officially.” Liu confirmed his role in the film in a post on his official Twitter page earlier today.

Welp… I guess it's salad for dinner.#comeonbarbieletsgopartyhttps://t.co/cHHl3dV9ue

While little information regarding the film has been published officially, Liu will collaborate with Margot Robbie and Ryan Gosling, who will play Barbie and Ken, respectively.

According to Variety, Gerwig co-wrote the script for “Barbie” with longtime colleague Noah Baumbach, and production is scheduled to begin in early 2022 at Warner Bros.’ Leavesden studio in London. 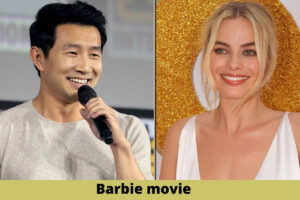 According to We Got This Covered, many fans were left in the dark regarding Liu’s participation, with some expressing dissatisfaction that Liu was not cast as the show’s first Asian Ken. “But… Why not Ken: one fan observed”.

Despite their displeasure, many other admirers expressed their enthusiasm for the 32-year-old actor, with one writing, “This only makes you cooler,” and another adding, “I’ll watch anything with you in it.”

Liu is perhaps most known for his portrayals of Shang-Chi in Marvel’s “Shang-Chi and the Legend of the Ten Rings” and Jung Kim in “Kim’s Convenience.”