Street Fighter 6 has been officially announced with a new teaser video for the long-running fighting game franchise! Following the conclusion of Street Fighter V’s DLC, the development team indicated that they were now moving forward into the future.

There was no timeframe or even a significant hint as to what this future would include, but fans had thought they were working on a possible sixth installment. Following the tease of a very soon-to-be-released revelation, CAPCOM has confirmed that Street Fighter 6 is now officially on the way! 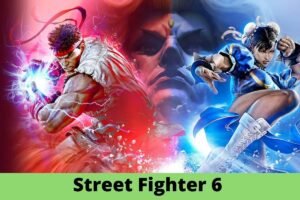 Street Fighter 6 is currently in development, but specifics on what to anticipate are few. CAPCOM published a teaser video in conjunction with the announcement, which exhibits a drastically different aesthetic from Street Fighter V.

Not only is the Ryu represented in this post in a much more realistic, highly detailed manner, but the appearance of what seems to be Luke underscores just how much has changed for this chapter. Take a look at the Street Fighter 6 teaser trailer below:

It’s difficult to assess the significance of this stylistic change, but along with the revised logo and more realistic design, the title of this edition has conspicuously dropped the Roman numeral in favor of “Street Fighter 6” rather than “Street Fighter VI.”

This might indicate a new direction for the series (which would make sense considering Street Fighter V’s more realistic approach). Still, happily, we won’t have to wait long to find out more, since CAPCOM has said that further information will be unveiled this Summer.

Also read: The Days of Our Lives Connection of Jennifer Aniston

Street Fighter is CAPCOM’s flagship fighting game brand. There is certain to be a lot of pressure on it to succeed, not only with interested casual gamers but also with the more serious players who compete in big tournaments.